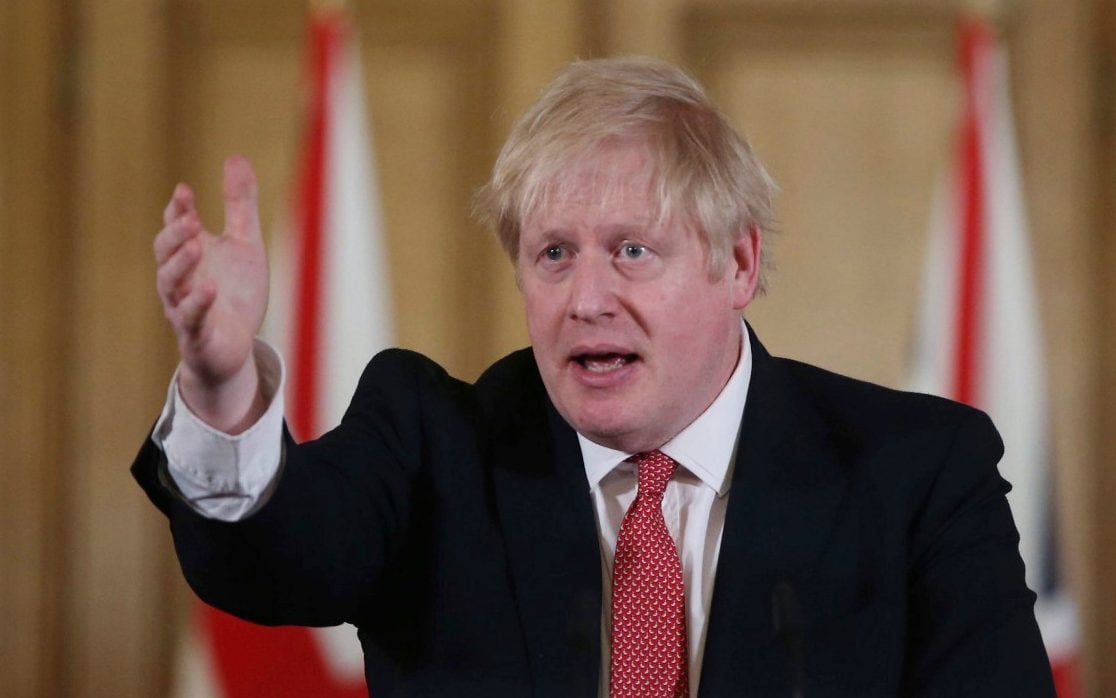 Boris Johnson warned Britain faced a total lockdown within 24 hours amid growing concern at the failure of the public to heed demands for “social distancing” to prevent the coronavirus spreading.

He said the UK could follow France, Italy and Spain where people’s movements have been restricted by police, curfews have been imposed, parks closed and all stores except food shops and pharmacies shut.

His comments came after a weekend in which thousands of people spurned the Government’s “stay home” advice to take advantage of the Mothering Sunday weekend sunshine to crowd towns and parks and go shopping.

But at his daily news conference, Mr Johnson warned that failing to maintain “social distancing” by keeping two metres apart even in the open air risked spreading the coronavirus, putting more pressure on the NHS and reducing the number of lives that could be saved.

Signalling police-enforced curfews and travel restrictions, Mr Johnson said: “I don’t think you need to use your imagination very much to see where we might have to go, and we will think about this very, very actively in the next 24 hours.

“We need to think about the kind of measures we’ve seen elsewhere – other countries that have been forced to bring in restrictions on people’s movements altogether. Now, as I say, I don’t want to do that.

“It’s so important that pleasure and that ability is preserved but it can only really be preserved if everybody acts responsibly and conforms with those principles of staying apart from one another and social distancing. If we can’t do that then, yup, I’m afraid we’re going to have to bring forward tougher measures.”

It came as the Prime Minister also announced 1.5 million people with underlying health conditions and at the highest risk from the coronavirus will be asked to stay at home for at least the next three months, with medicines and pre-ordered food parcels delivered to their doorstep.

The UK death toll rose yesterday by 48 in just 24 hours to 281, with 665 new cases pushing the total confirmed to more than 5,600. Those who died included an 18-year-old, Britain’s youngest victim, after it was revealed a 41-year-old was among the dead on Saturday.

There has been deep concern within Whitehall as it emerged over the weekend that public messages urging people to stay at home and avoid socialising were apparently being ignored with pictures of packed beauty spots, seaside promenades and parks.

Some packed tourist spots experienced their busiest ever days as people made the most of the sunshine. A handful of councils and organisations closed to the public because of the risks.

Mr Johnson warned: “We have all seen how people have been enjoying themselves over a beautiful weekend. If you don’t do it responsibly, there is going to be no doubt that we will have to bring forward further measures.

“Do not think that fresh air in itself automatically provides immunity. You have to stay two metres apart, you have to follow the social distancing advice.

“Even if you think that you are personally invulnerable, there are people who you can affect and whose lives will be put at risk.”

Mr Johnson acknowledged that the ability to go outdoors for exercise was extremely important for physical and mental wellbeing but that people needed to do it “responsibly”.

“Many, many people do not have access, let’s face it, to private green spaces where they can do that and that’s why parks, open spaces are so absolutely crucial for our country and for our society,” he said.

“But when we do that we have to do that responsibly. Otherwise … there is going to be no doubt that we will have to bring forward further measures and we are certainly keeping that under constant review.”

Lockdowns across Europe have seen travel bans and restrictions, fines for people outside without a legitimate reason, the closure of all shops except for pharmacies and supermarkets, and the enforced closure of churches, mosques and businesses.

Mr Johnson said that he did not want to take such measures and would only do so on the basis of the scientific advice on the progress of the epidemic. Asked when that would be, he said the introduction of curfews or other prohibitions would be imposed “when they can have the maximum impact”.

Dr Jenny Harries, the deputy chief medical officer, said people who were congregating were “dangerous” and making outside environments “unavailable” to others. Asked whether a 70-year-old could safely go out, she said the open air for a fit pensioner cooped up after self-isolating would boost their mental health but “the difficulty is if people are congregating outside or coming together”.

Ministers are understood to be holding daily briefings with all 43 forces police chiefs as they monitor enforcement of the growing number of curbs.

An emergency bill to be introduced today in Parliament will give police, public health and immigration officers special powers to detain people who are refusing to follow health guidance and limit their movements to stop the spread of coronavirus.

While ministers “assume that the vast majority of people will comply with relevant public health advice”, the Government says, new powers will be issued against those who do not.

The authorities will also “be able to direct individuals to attend, remove them to, or keep them at suitable locations for screening and assessment”.

Legal powers already exist for the police to arrest anyone failing to comply, with the courts having the power to impose fines of £1,000.