A third of NHS and critical workers tested have coronavirus, figures show amid fears over PPE shortages 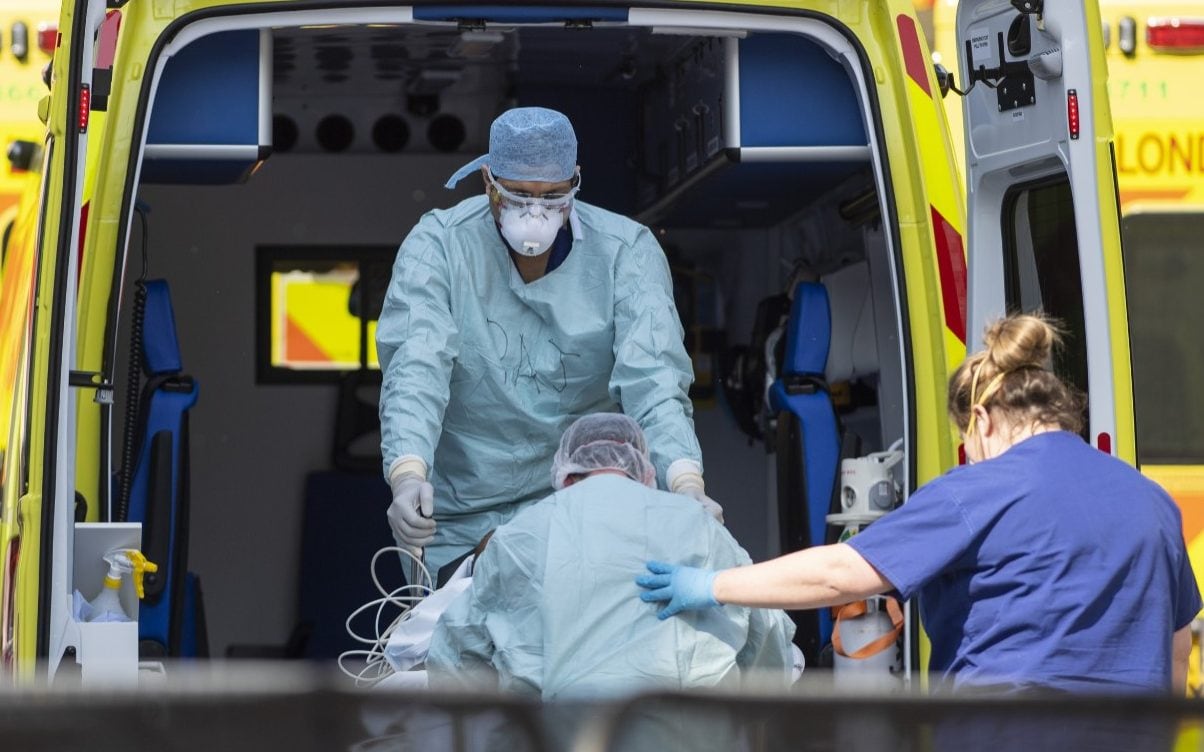 A third of NHS and critical key workers tested for coronavirus are infected, new figures show, amid fears that personal protective equipment (PPE) was not provided early enough.

The Government began testing key workers on March 25 in a bid to help them get back to work if they were self-isolating over fears that they, or household members, could have the virus.

The daily figures have risen steadily since then, with 838 people testing positive on April 12, the highest number so far.

The figures come as NHS staff continue to report shortages of PPE, and the chief executive of NHS Providers – which represents hospital trusts – voiced concerns that equipment could run out completely if sustainable supply chains are not put in place.

Chris Hopson said there are “critically” low stocks of gowns in some trusts because large numbers are not held in Government emergency supply reserves.

Mr Hopson said the stock position for some hospitals “looks precarious” and warned that trusts were being forced to borrow equipment from their neighbours and enlist the help of 3D printing companies to print protective visors.

“But the greatest overall PPE risk is probably running out of stock altogether at some point,” he added.

At the daily Downing Street press conference, Dominic Raab, currently deputising for Boris Johnson, refused to apologise for the lack of equipment but said he wanted to reassure workers that extra supplies were coming.

“We understand the importance of getting PPE to the front line, whether it’s in care homes or the NHS,” he said.

“I think the strongest practical reassurance they will want and that we can give them is that, over the Bank Holiday weekend, over 16 million items were delivered and we are straining every sinew to roll them out even further and even faster.”

The Department of Health has struggled to source protective equipment because suppliers have seen a 5,000-fold increase in demand and some countries have placed export bans on equipment, forcing the Government to look elsewhere.

A third of surgeons and trainees surveyed by Royal College of Surgeons of England (RCS) said they still did not have an adequate supply of PPE to do their jobs safely.

Sue Hill, the vice president of the RCS, said surgeons should not carry out procedures without the correct equipment. “We have urged our members not to risk their health, and that of their patients, carrying out risky procedures,” she said.

The Royal College of Nursing (RCN) has told members they should refuse to treat coronavirus patients if they do not have the correct PPE.

But on Monday Greg Hands, the Minister of State for Trade Policy, confirmed that a large number of medical gowns were on their way from Egypt, while a consignment of masks also arrived in the UK from Taiwan on Monday afternoon.

NHS England has been working with the UK Space Agency and the Civil Aviation Authority to explore using drones to deliver essential lightweight equipment such as swabs.

The UK Space Agency is also working with the University of Manchester and aerospace companies to test larger drones that could transport PPE, ventilator parts and test kits between supply hubs and hospitals.

A successful drone flight demonstration was carried out last month, delivering a defibrillator to a remote, rural location that would have been difficult to reach quickly by ambulance.

Announcing £2.6 million for new technology that could help in the coronavirus crisis, science minister Amanda Solloway said: “This new funding will ensure that the latest innovations will be on the front line of tackling the unique problems the coronavirus outbreak has created, helping medical staff to focus on delivering world-class care.”

The British Medical Association (BMA) said that, while new technology was welcome, it would not solve the pressing crisis of a lack of protective equipment.

Dr Chaand Nagpaul, the BMA council chairman, said: “The situation we are currently facing is unprecedented – and facing such unknowns requires innovation and new ways of working across the NHS and beyond.

“However, you don’t need to be a rocket scientist to know that there are basic problems that are still having a devastating impact on healthcare workers and their patients, including a lack of vital protective equipment and poor access to priority testing for staff – and initiatives like drone delivery will certainly not fix these widespread issues imminently.

“Doctors, nurses and other frontline workers want honesty and, most importantly, urgent action from the Government so they are safe to do their jobs without putting themselves and their patients at risk.”