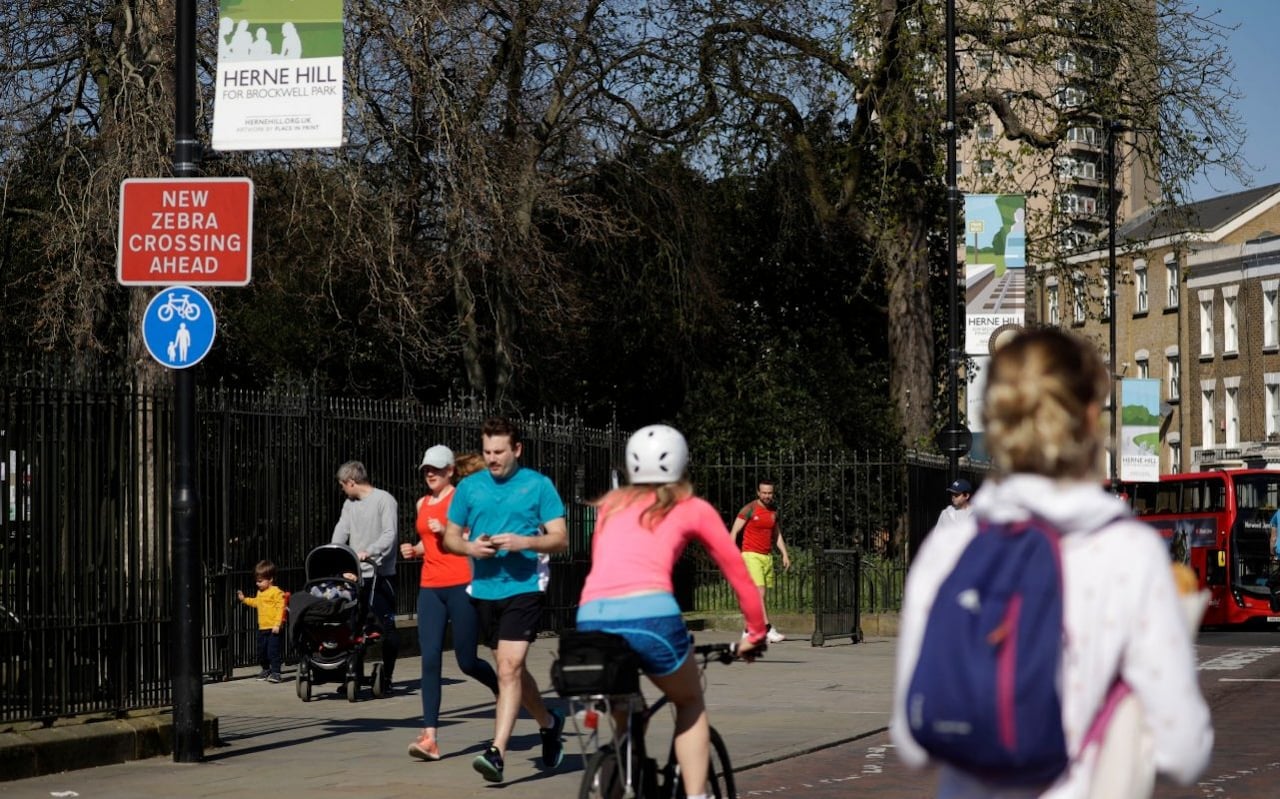 As the Chief Scientific Advisor Sir Patrick Vallance told the daily press conference that the epidemic curve appeared to be ‘flattening off,’ speculation is growing as to how the UK can escape from its present paralysis.

Researchers at the University of Warwick calculated that allowing 4.2 million young adults to resume their daily lives would boost the economy by £13 billion, while shielding more vulnerable age groups.

Older adults could then be allowed out of lockdown later, through a strategy of staged release, using antibody testing to identify those who had already recovered from coronavirus.

Andrew Oswald, Professor of Economics and Behavioural Science at Warwick, said: “The rationale for lockdown is to save lives in the short to medium term.

“However, severe damage is being done to the economy, future incomes, unemployment rates, levels of national debt, and the freedoms we enjoy as a modern society. Before long, some balance will have to be struck.”

Earlier this week it emerged that mass antibody testing – to find out if people are immune – is now at least a month away following disappointing trials, carried out by Oxford University, a setback that some experts said would hold up an exit strategy.

Yet scientists say that polymerase chain reaction (PCR) tests which look for current infections could still be used alongside contact tracing and self-isolation, to lift the lockdown when case numbers stabilise.

The government has committed to carrying out 100,000 tests a day by the end of the month, although it is currently only managing 14,000.

Jonathan Ball, Professor of Molecular Virology at The University of Nottingham, said: “If you can start to get case numbers down to a manageable level then you can use PCR testing to identify active cases, or at least a sufficiently large proportion of them, to allow isolation and then contact tracing from those points of infection.

“This will require a much larger testing capacity than we have now.”

Martin Hibberd, Professor of Emerging Infectious Disease at the London School of Hygiene and Tropical Medicine, said that Britain could look to other countries to see how they have successfully managed exit strategies, or avoided mass lockdowns.

“The successful strategies we have seen elsewhere involve very large-scale testing of the population and as much contact tracing as possible, to enable the identification of people who are positive for SARS-CoV-2 and so able to transmit the disease,” he said.

“The people identified would need to self-quarantine for two weeks. While this strategy was difficult to achieve at the beginning of the outbreak, because of logistic problems in getting the testing done at such a large scale and our lack of experience at large scale contact tracing, we should now be able to overcome these problems.”

The Chief Medical Officer Professor Chris Whitty said that no exit strategy would be considered until “we are confident we are beyond the peak”.

However, Prof Whitty said the government was aware there may be ‘indirect effects’ in diverting so many resources to fighting coronavirus, suggesting that there could be a tipping point where lockdown is no longer beneficial for the country.

Countries including the US and Sweden are now starting to question whether early modelling from Imperial College was too pessimistic and are revising down the number of deaths expected, as well as the amount of intensive care beds that will be needed.

Last weekend, Professor Neil Ferguson, who was part of the team responsible for the figures, admitted the number of deaths in Britain could now be as low as 7,000.

A review published on Tuesday in the BMJ by Oxford University warned that many scientific studies rushed out in the race to understand the virus were of poor quality and should not be relied upon to inform policy or medical decisions.

Dominic Raab, the Foreign Secretary, who is deputising for Boris Johnson while he is in hospital, said there are now 1,900 patients in clinical trials in over 100 hospitals. If a treatment is discovered, it could allow the population out of lockdown sooner.

Highlighting the benefits of allowing young people out of lockdown, Nick Powdthavee, Professor of Behavioural Economics at Warwick Business School: “It could allow our society and economy to move forward in the footsteps of the young, while allowing older workers to share the economic rewards by providing supervision, mentoring, and managerial assistance electronically through sources such as Skype, Zoom, and Facetime.”