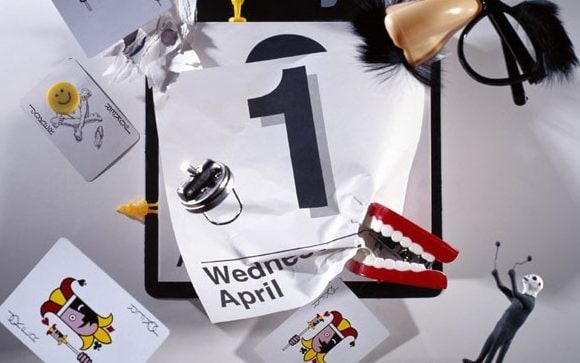 April Fools Day is cancelled this year, businesses have said, as they say light-hearted pranks should not be broadcast during the coronavirus pandemic.

Major companies, including Heinz and Lego, have told The Telegraph that their social media channels will instead be dedicated to supporting vulnerable members of the public.

Known as the day for celebrating practical jokes and spreading outlandish stories, April 1 traditionally allows companies to take a tongue-in-cheek approach to their marketing strategies.

The BBC revealed a “skip the sex” button on its iPlayer app for the “mortifying moments” when an intimate scene came on while watching a programme with family members.

However, in light of the coronavirus outbreak, which has killed 1,789 people in Britain, businesses and public organisations have decided to suspend the humorous tradition until next year.

British Transport Police, which last year announced a new £2,000 fine for those caught eating smelly snacks on trains, said its resources are now “focused on the Covid response”.

Meanwhile, Lego, which teased an app to help people find the right toy brick in their piles in 2019, is concentrating on supporting students affected by school closures.

Other companies have worked with their communication teams to target those who have been financially impacted the worst by coronavirus.

A spokesperson for Heinz told The Telegraph: “Heinz has no plans for April Fools stories this year. Our attention is entirely focused on helping to feed the nation with popular grocery essentials such as Heinz tomato ketchup, beans, pasta and soups and providing inspiration for recipes to cook at home.”

Stephen Kitson, the director of corporate communications at car manufacturer Kia, added: “We at Kia have indulged in April Fools’ pranks many times in the past and we do recognise that in the current conditions everyone needs a little levity in their lives – but given that so many people are facing difficult health challenges, and as many are sadly losing their lives, we felt it was not appropriate to be playing practical jokes this year.”

“Take the year off from that tradition out of respect for all those fighting the Covid-19 pandemic. Our highest goal right now is to be helpful to people, so let’s save the jokes for next April, which will undoubtedly be a whole lot brighter than this one,” Lorraine Twohill, Google’s chief marketing officer, said.

Mike Ashley, the Sports Direct owner, last week apologised for his business’s “ill-judged” response to the coronavirus pandemic, after attracting criticism for suggesting its stores should remain open during the UK’s lockdown.