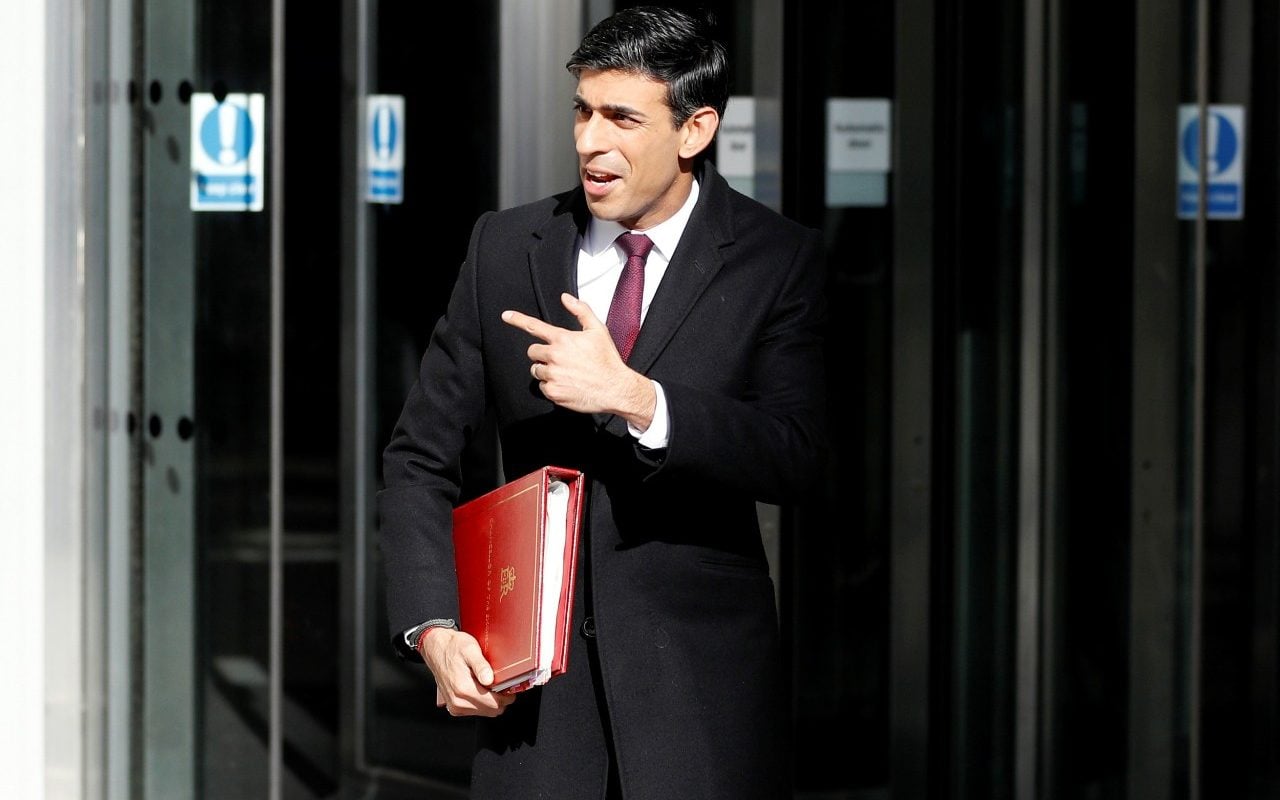 RBS, TSB and Nationwide said on Tuesday they would suspend mortgage payments for up to three months amid fears the virus could plunge the UK into recession.

The banks’ announcement came ahead of Wednesday’s Budget, which will include a package of measures to limit the economic impact of the epidemic.

On Tuesday, Treasury sources welcomed the plans to give homeowners mortgage payment holidays, which they said were the banks’ initiative.

Number 11 officials have been holding talks with business groups about pausing business rates to provide relief to small companies affected by the virus, The Telegraph has learnt. The issue has been raised in meetings between the Treasury and the Confederation of British Industry (CBI), which have been taking place on a daily basis over the past 10 days.

The Chancellor, Rishi Sunak, has been urged to halt business rates payments to allow firms to weather the crisis. As of Tuesday night, 382 people were infected in the UK, and a sixth patient died after testing positive for the virus.

On Wednesday, the Treasury is expected to announce plans to underwrite bank loans to encourage lending to affected firms. Further measures could include a “hardship fund” giving cash handouts to businesses to which banks refuse to lend.

Countries across the world have announced moves to mitigate the effects of the crisis.

On Tuesday, Italy said it would inject €10 billion (£8.7 billion) into the economy, while the US president, Donald Trump, announced plans for a “very substantial” payroll tax cut to help workers who miss wages when on sick leave, on top of an $8.3 billion (£6.4 billion) emergency coronavirus spending package.

The moves came as the number of deaths in Italy rose from 463 to 631, taking the virus mortality rate to more than six per cent as the total number of people infected reached 10,149.

Italy was in lockdown on Tuesday, with tens of thousands of Britons effectively stranded after airlines including British Airways cancelled flights in and out of the country.

Responding to fears that public transport could be helping to spread the virus, Transport for London (TfL) announced that it had started an “enhanced cleaning regime”. Additional substances that kill viruses and bacteria are being used across the London Underground and bus networks, the organisation said.

The busiest stations will be cleaned more regularly than usual, while TfL is testing a new disinfectant which could provide up to 30 days of anti-viral protection.

It has emerged that next week’s Royal Television Society Programme Awards will be held behind closed doors, as will the first leg of Manchester United’s Europa League match against LASK in Linz following advice from the Austrian government.

On Tuesday, MPs welcomed the mortgage relief announced by banks, with the Conservative MP Steve Baker, who sits on the Treasury Select Committee, saying: “I am delighted to see banks putting customers first and demonstrating such good will.

“In the longer run, we will have to be very careful about the prudential implication and I am confident the Bank of England will want to look at [these]. The last thing we need is another bank bailout.”

The Royal Bank of Scotland, Lloyds Banking Group, Barclays, Santander UK, Virgin Money and TSB have all offered to suspend mortgage repayments for borrowers in self-isolation or too ill to work.

RBS, largely owned by the taxpayer, said payments could be delayed by up to three months, while TSB promised a relief on repayments of up to two months. Nationwide said it would determine the length of payment holidays for mortgage customers on a case-by-case basis.

RBS added that it would determine whether or not people affected by coronavirus qualify for the relief also on a case-by-case basis. A spokesman said: “If someone feels they cannot meet their mortgage payments, they can get in touch.”

Interest will still accrue during the payment holidays, RBS, TSB, Virgin Money and Lloyds told The Telegraph. This means homeowners will see monthly bills rise slightly when they resume payments.

The coronavirus outbreak could cost households, with millions of self-employed people expected to be the worst affected while self-isolating or losing work if businesses begin to struggle to keep paying wages.

Asked whether borrowers would need a doctor’s note to qualify for the three-month relief, RBS said: “We haven’t gone into that level of detail. It will be down to the circumstances the bank is presented with.”

Banks are also dropping fees for missed payments on credit cards, allowing customers to increase their credit card limit or cash withdrawal limit to £500 and waiving fees for savers who want to withdraw their money early.

The Prime Minister’s official spokesman said: “We welcome banks offering help to their customers. As the Prime Minister has said, if businesses and individuals across the UK pull together in a united national effort it will help us to get through the significant challenge of the coronavirus outbreak.”