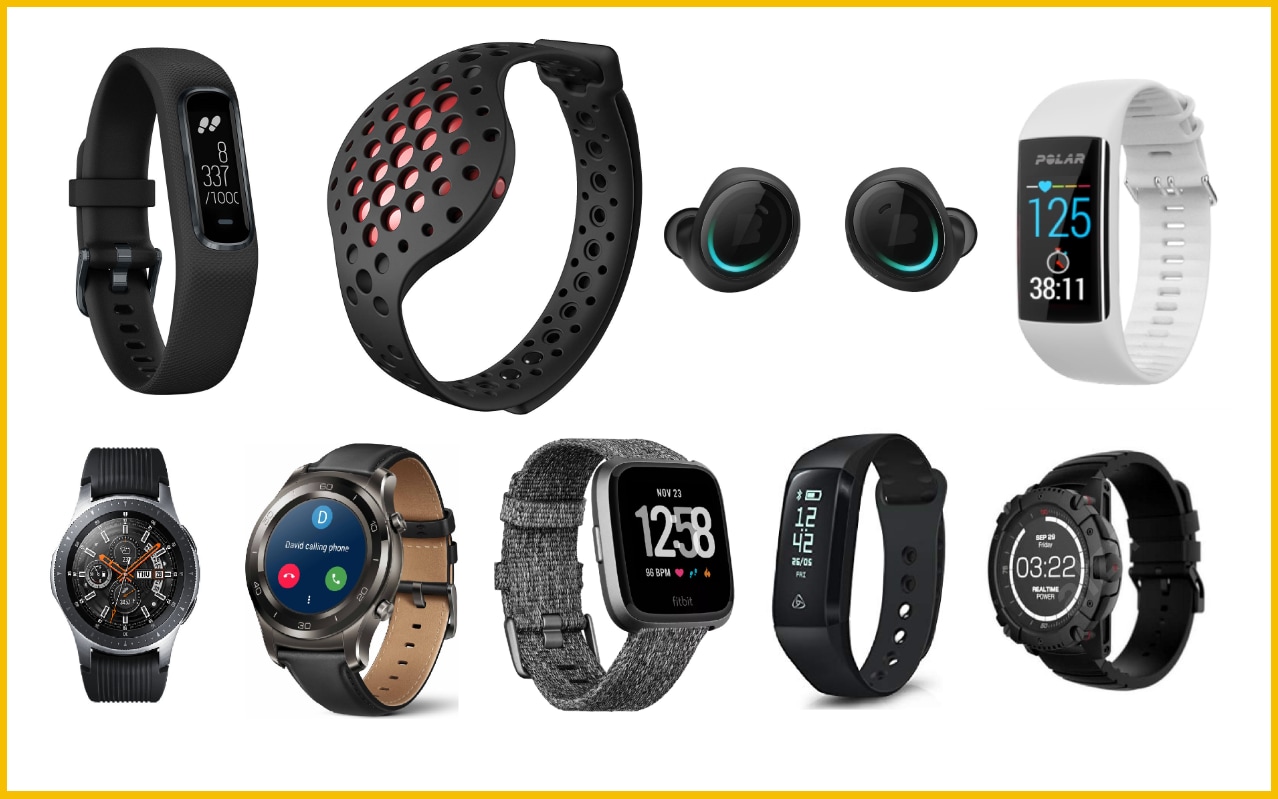 There’s a reason that ‘Fitbit’ is a byword for ‘fitness tracker’. The brand has led the industry from the off and several iterations in, the Charge line has been as good as it’s ever been.

With 24/7 heart rate tracking, step count, calorie calculation, and elevation monitoring, the Charge 3 has all the things you expect, plus a few nice little surprises. A seven day battery life is pretty impressive and the sleep tracking functionality is better than ever.

There’s meditation instructions, just like on the Garmin Vívosmart 4, water resistance up to 50m, and a bright easy-to-read screen. Once you connect the device to your phone, you can also take advantage of a few extra features such as weather updates, timers, and the calendar, all of which are handy albeit slightly pointless additions.

I would also go so far as to say that, as of a recent update, Fitbit may have overtaken Garmin as my favourite accompanying app. All your data is beautifully displayed and navigation is ergonomic and easy to follow. Even if you’ve never looked at a fitness tracking app before, everything is incredibly simple and self-explanatory here.

My one annoyance with the app is that it contains work-out videos. A fine addition, you might think, why would you complain about that? Well, because they’re not actually contained within the Fitbit app itself. They’re locked into the entirely separate Fitbit Coach app, most of which is a premium service. So they take up room unnecessarily in the app and do little more than advertise a paid service, after you’ve already paid for the watch.