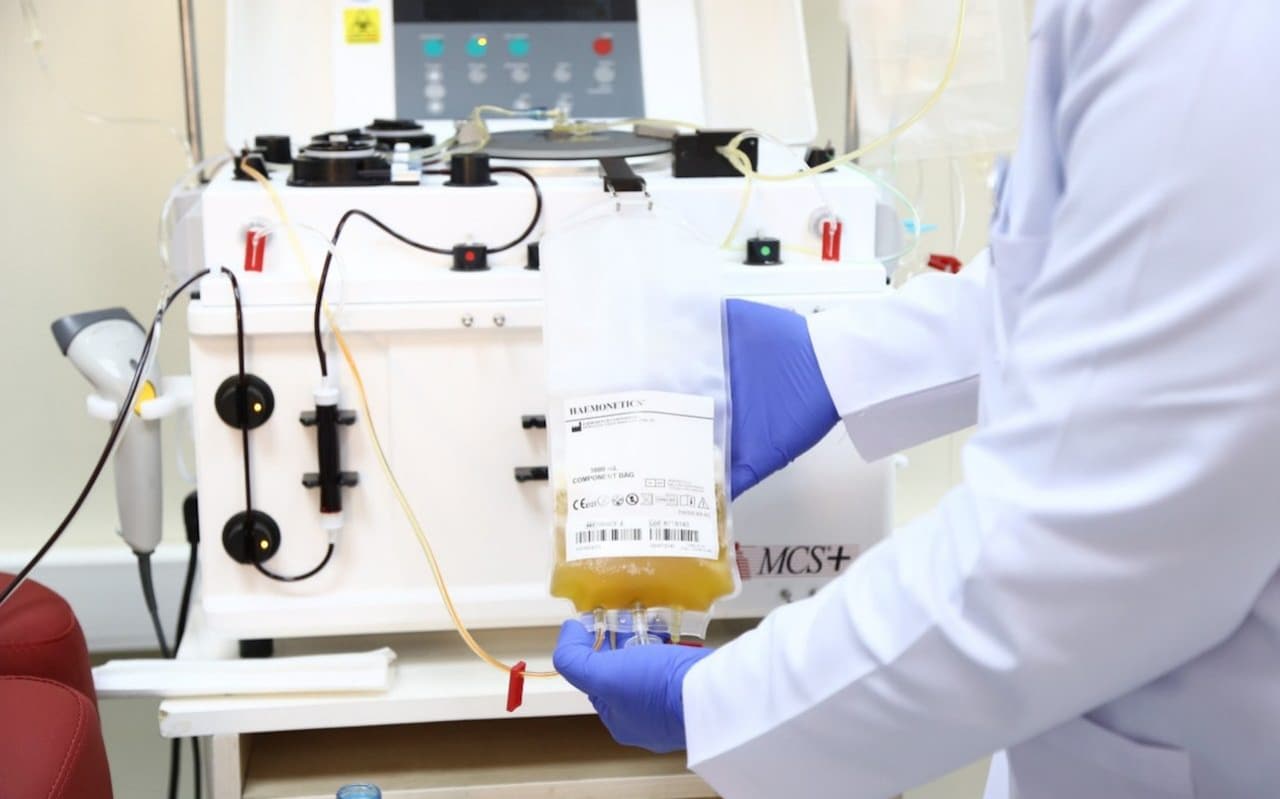 A coronavirus patient was able to come off ventilation just two days after receiving the blood plasma of people who have recovered from the virus, in a breakthrough dubbed ‘remarkable’ by scientists.

The first trials looking at whether antibodies of people who have successfully fought the virus can help others do the same, found that all 10 severely-ill patients made a speedy recovery.

The treatment, known as convalescent plasma (CP) therapy, was used during the 1918 Spanish Flu pandemic before vaccines or antivirals were available.

It relies on the fact that the blood of people who have recovered contains powerful antibodies trained to fight the virus.

There is currently no treatment for coronavirus and vaccines are unlikely to be available until the end of the year at the earliest.

The researchers from Shanghai Jiao Tong University School of Medicine, say the findings suggest that blood plasma therapy is a safe and promising treatment for severe Covid-19 patients, and called for larger clinical trials.

However, British experts said larger studies were needed to be sure that the treatment was safe and effective before being widely rolled out.

Sir Munir Pirmohamed, president of the British Pharmacological Society, said: “This was not a randomised trial and all patients also received other treatments including antivirals such as remdesivir, which are currently in trials for Covid-19.”

He added that it was also important to remember that there are potential safety concerns around the treatment, including diseases that occur through transfusion.

Sir Munir said: “Even if shown to work, scalability to treat large numbers of patients may become an issue.”

The pilot study, published in the journal Proceedings of the National Academy of Sciences, involved 10 patients, aged between 34 and 78, who showed severe symptoms such as shortness of breath and chest pain.

All received a transfusion of a 200ml dose of blood plasma and the researchers said all clinical symptoms, which also included fever and cough, subsided within three days.

The patients’ liver and lung function as well as blood oxygen levels were also found to have improved.

One 42-year-old man, who was seriously ill and on a ventilator, was breathing for himself again after two days, a result labelled ‘remarkable’ by the scientists.

The Food and Drug Administration (FDA) in the US approved the use of CT therapy as an experimental treatment in clinical trials, and for critical patients without other options.

In the UK, it has been reported that the NHS may start giving the therapy to hospital patients in the near future.