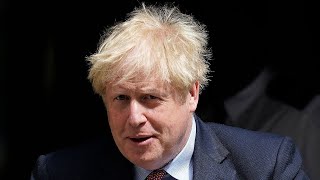 How will ‘lightning lockdowns’ work?

Q: If there is a localised lockdown, what can councils actually shut down?

A: In the event of an outbreak, councils now have the power to go in and close down certain places, such as dining establishments and shops, if they need to.

If a business does not want to close, despite being instructed to, then the council can insist on its closure. Authorities will also have the power to close public places, such as parks, and cancel events. The restriction of people’s movements will be authorised under “stay at home” orders.

Q: What happens if the local action doesn’t work?

A: Then a minister will intervene and the measures would be more severe. This would include the closure of businesses and venues in whole sectors, such as food production, and imposing the “general restriction on movement of people”.

This may involve stopping people having sleepovers at the homes of friends and staying away for the night in general. The use of public transport could also be closed entirely, while capacity limits or geographical restrictions could be introduced.

Q: Would we still be able to see our friends?

A: Technically, yes, as the Government said it would impose restrictions on gatherings by limiting how many people can meet as opposed to ruling out all gatherings. It would also consider whether people can travel in and out of an area to do so.

Q: How will I know if there has been a local outbreak in my area?

A: Local outbreaks are identified and managed through the constant monitoring of available data, using NHS Test and Trace and Public Health England.

They then work with local authorities to understand the situation in detail and take action – however, different approaches will be required according to local circumstances.

Q: How likely is it that we will see lots of localised lockdowns up and down the country?

A: The Government has pledged that the local lockdown concept will remain a last resort and only be instigated when other actions have been insufficient.

Q: Is it a wise idea to give councils greater levels of power?

A: Councillor James Jamieson, the chairman of the Local Government Association, thinks so. “Locally-led responses have proven to be the best way to tackle significant outbreaks,” he said. “Councils know their local communities best and know how to address each unique outbreak.”

However, the Government guidance cautioned that use of the increased powers would be “subject to the necessary appeal routes and oversight structures to ensure they are used appropriately”.