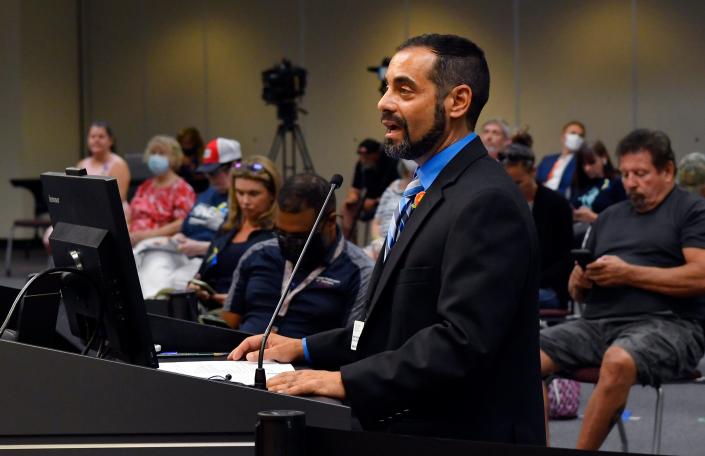 Contract negotiations between the Brevard Federation of Teachers and Brevard Public Schools advanced little last week as pay raises continued to be a point of contention between both sides.

Karyle Green, chief negotiator for BPS, said the district had $12.9 million to distribute in recurring funds but only a little over $2.5 million was available, she said, to distribute in permanent raises. The majority of the money, he said, was needed elsewhere but offered no specifics.

The union has been insistent that its members will not accept a contract without strong recurring pay raises.

“We’re in the position where the boss needs us more than we need the boss,” Brevard Federation of Teachers President Anthony Colucci said as negotiations resumed Thursday morning.

Thursday’s session largely focused on the interplay between the district’s recurring raise package and an increase in health insurance premiums for teachers. No details were given by either the district or the union about how much insurances prices are going up for teachers, but the amount was enough for Colucci to argue that they would essentially wipe out the raises proposed by BPS negotiators.

In light of the higher premiums, Colucci called the unspecified pay raise offerings from the district “unacceptable,” adding that the negotiations were “not likely to get very far” if things did not change.

The recurring raise offerings come along with “premium pay” bonuses for teachers. Under the proposed offer, teachers will receive between $3,400 and $4,400, depending on how long they’ve worked for the district.

But much of the snag now seems to be focused on the health insurance price hikes for both its premium “gold” plan and it’s less expensive “silver” plan.

More: Brevard Federation of Teachers requests $13.5 million in raises, bonuses for next year

The district rejected a counterproposal from the union to increase the premiums incrementally over the course of three years and provide teachers with a $1,000 prepaid flexible spending account card to help offset the costs.

The School Board voted in late April to add a millage rate increase to the November ballot that would fund raises for teachers.

“So basically… you’ve come to our teachers and said, ‘We’re going to raise your property taxes so you can pay for increased premiums?” Colucci said.

The union insists the district has room in its budget for recurring raises. The district disagrees.

“If you think we have money lying around. You’re welcome to point us to it,” Green said at one point Thursday.

Colucci asked the district to dip into its emergency savings to come up with the money.

“I think there’s reason to have some optimism as we move towards getting raises for teachers and all of our employees,” Russell Bruhn, BPS spokesman, said. “We’ve offered a 3.5% recurring raise on top of the premium pay. We’re eager to get money into our teachers’ pockets.”

Colucci said there’s much more work to be done.

“The district moved enough so no teacher would end up in the negative,” Colucci said. “Now we need them to move so all our teachers are ending up in the positive.”

Bailey Gallion is the education reporter for FLORIDA TODAY. Contact Gallion at 321-242-3786 or [email protected]