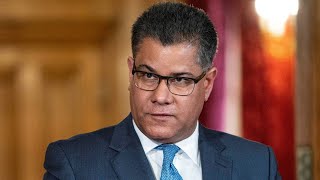 On Feb 25, when much of Europe still believed it could avoid the coronavirus crisis, news broke that a 47-year-old man had tested positive in Germany.

As authorities raced to track anyone the sick man had been in contact with, a terrifying picture emerged. He had spent the previous 10 days at carnival celebrations where he could have infected hundreds of people.

But experts now agree Germany did one crucial thing right at that moment. It started testing everyone who had been in contact with the infected man.

Little more than a month later, Germany is now testing around 500,000 of its citizens every week.

Britain, meanwhile, is lagging far behind, with only around 8,000 people tested per day.

Ministers and public health officials are now facing growing pressure to explain why Britain, one of the world’s leading scientific nations, is struggling to match its European neighbour.

There are two striking facts about the coronavirus in Germany. One is that the death rate is far lower than anywhere else, with only 858 deaths despite 76,500 confirmed infections — a rate of just over 1 per cent.

The other is that Germany has conducted far more tests than anywhere else, at least in Europe.

In fact, Germany is conducting so many tests no one knows the real number. Prof Christian Drosten, the virologist in charge of the country’s response, estimates it at 500,000 a week.

But only positive tests have to be reported to the authorities, and the true figure could be even higher.

“The reason we have so few deaths is because we do a lot of tests,” said Prof Drosten. And if he is right, it could be cause for hope that the German figures are closer to the virus’s true death rate.

In Britain, meanwhile, the picture is far from clear. In the early stages of the epidemic, ministers and public health officials decided to follow a different strategy from the German authorities and much of the rest of the world: to mitigate rather than suppress the spread of the virus.

Widespread testing would not be required, it was decided, given the majority of the population was predicted to contract the virus anyway. Instead, priority was given to relieving pressure on the NHS by buying up much-needed ventilators and making space for intensive care beds.

On March 12, all community contact tracing was abandoned as it became clear the virus was spreading freely.

Crucially, laboratories across the country were not readied for action. Initially, only the Public Health England (PHE) main facility at Colindale, north London, was charged with processing swabs. Later, as the disease progressed, 11 more PHE labs were called into action, and 29 networks of labs in NHS hospitals.

But when modellers from Imperial College London warned the ‘herd immunity’ strategy adopted by the Government risked causing 20,000 deaths, the response to the outbreak changed swiftly.

The Government saw that it needed to “test, test, test”, as the World Health Organization put it.

The fear now, though, is that the U-turn came too late.

At that stage Germany was already able to carry out thousands of tests due to the decentralised nature of its health system.

Test samples have been sent to a network of 176 public and private laboratories across the country for analysis — and there are plans to switch over veterinary labs to increase capacity further.

Not every lab uses exactly the same equipment, but they all conform to the official guidelines.

“We have a culture here in Germany that is not supporting a centralised diagnostic system,” Prof Drosten told NPR radio. “So Germany does not have a public health laboratory that would restrict other labs from doing the tests.”

This is made possible by the way the German healthcare system works. There is no central, NHS-style provider, while clinics and hospitals are independent, funded by public health insurance.

Britain, meanwhile, has struggled to mobilise the vast network of laboratories needed to carry out testing on a mass scale.

There are not as many labs in Britain because the strength of the NHS means the private health market is smaller. But as former WHO director Anthony Costello has pointed out, at least 44 registered virology labs could be used to ramp up testing in the UK.

Experts have raised concerns that British authorities are too focused on the uniformity of results, and have been reluctant to farm out work to smaller, private laboratories that might use different machines and standards.

Instead, PHE and the Department of Health have attempted to build up capacity by strengthening centralised super-labs, with closely controlled testing facilities and identical thermal cycler machines used to develop the tests.

The most pressing problem facing British officials is a global shortage of the crucial reagents needed to replicate the virus and therefore produce thousands of tests.

Germany, of course, along with other countries, moved quickly when the virus emerged.

Doris-Ann Williams, Chief Executive of the British In Vitro Diagnostic Association, which represents the diagnostic industry and is helping the NHS ramp up testing, said she feared Britain was now at the “back of the queue” for the much-needed reagents.

She said: “The fact is that the major centres who can do this kind of work are in Germany and the US. We have a much smaller capability. We have laboratories capable of doing the work but not yet to scale it up at the level needed.

“Unfortunately we have been left somewhat at the back of the queue because other countries have got their orders in before us.

“I don’t wish to be critical of the Government – but it’s true that if we had got our orders in earlier then perhaps we would be in a slightly better position.

‘Some countries are taking a more nationalistic view and keeping the reagents for themselves. But generally it’s a simple commercial issue. The companies are processing the requests in the order they were received. That’s the case in Germany. Companies like Roche may have a large presence there, but the reason they are delivering to certain countries is simply because they asked first.”

Boris Johnson, the Prime Minister, is now personally leading efforts to secure the reagents for Britain, and has spoken with major manufacturers including Swiss-based Roche.

Ultimately, Germany has enough testing kits because it got its act together early. German scientists developed a test for the virus as early as Jan 16, before the WHO had declared it transmissible from person to person.

German scientists were able to develop a test quickly because doctors and academics worked together with the private sector without waiting for the Government to act.

Olfert Landt, a biotech entrepreneur, set his company TIB Molbiol to work alongside Berlin’s Charite Hospital to develop a test.

The tests are still confined to those who are showing symptoms or have been in contact with an infected person. But Germany has been rigorous in pursuing chains of infection, and has carried out repeated tests on those it considers to be high risk.

Germany’s insurance-based health system is not as wary of the profit motive as the NHS, and the public insurance funds agreed to pay for testing in February. The tests are also available privately in Germany for around €200, and many are believed to have been carried out by employers for at-risk staff.

By March TIB Molbiol had produced 4 million test kits, and they were being used around the world.

Another key element in the German response to the outbreak was the Robert Koch Institute (RKI), a publicly funded German health authority set up almost precisely for a moment like this.

Germany also took a different approach to primary care. There, if a person is concerned they might have the virus, the official advice is to contact a doctor. Ordinary GPs can order the test, and they can even do so over the phone. Germany was one of the first countries in Europe to set up drive-through test centres where you can give your sample without going to hospital.

Dr Shreemanta Parida, an expert in infectious diseases based in Berlin, said: “One thing Germany has got right is its aggressive approach to testing. But it’s not just that, it’s also the guidelines for doctors on when to order a test.”

In Britain, however, GPs were initially given strict guidelines only to refer suspected coronavirus patients for testing if they had been to an at-risk area, or had contact with a confirmed case.

At that stage, swabs sent to the PHE facility in Colindale were destroyed if they did not meet the strict criteria, and the chance to closely monitor the spread of the disease was lost.

Another factor has been the willingness of the German population to be tested. In the western region of Saarland authorities had to call in the military to help after long queues formed at testing centres.

Germany has not yet gone as far as countries like South Korea, and ordered comprehensive testing of healthy people. But the furious pace of testing in Germany has begun to strain even its resources. There are growing concerns in the country that stock of reagents, vital chemicals in the tests may be running out.

Lothar Wieler, the head of the RKI: “We don’t have enough tests to be able to use them senselessly.”

Andreas Bobrowski of the Association of German Laboratory Physicians, warned: “The idea of comprehensive testing is an illusion.”

But some experts believe Germany still isn’t testing enough. Prof Hendrisk Streeck of Bonn University returned to the site of the first carnival outbreak to begin a study on the local population to see how the virus was transmitted.

“Ideally, we would be testing aggressively throughout Germany,” he told Spiegel. “We see in South Korea that this is the best strategy. The epidemic was contained there before it broke out.”

Meanwhile, thoughts in Germany have already turned to the next type of test: the antibody tests that will be necessary to find out if people have immunity to the virus.

At the moment it is not clear how long those who recover from the virus or are infected but do not get ill retain some form of immunity. A study is set to begin this month of 100,000 volunteers in Germany in order to develop a test for antibodies.