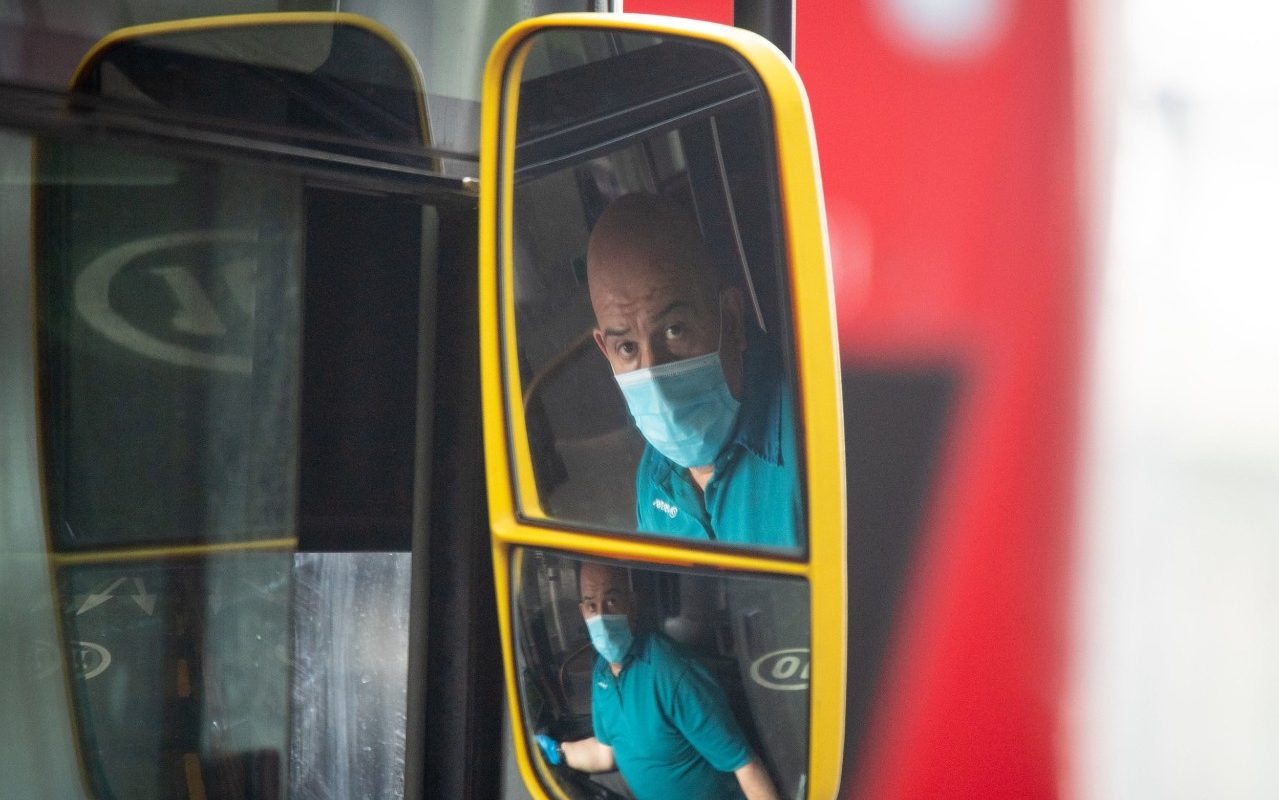 Bus drivers have complained that they are being threatened with the sack for trying to protect themselves from coronavirus by preventing passengers from getting on buses at the front.

Drivers on London buses have been taping off the front seats and allowing passengers only to board at middle or end doors in order to keep them at a distance.

At least nine London bus drivers are among 18 transport workers in the capital to have died since the coronavirus pandemic began.

However, managers at Arriva, which operates a number of routes in London, warned staff last week that they would be “dealt with formally” if they continued to block off front doors.

The warning, posted in bus depots, said: “It has been brought to our attention that drivers are displaying signs on their front doors instructing customers not to use them and taping off the nearest seats to the driver’s cab.

“We can understand your concerns with social distancing and your safety, but until such time the company authorise such measures, drivers MUST NOT restrict their customers from using the front doors and seats. Any driver seen to be doing this will be dealt with formally.”

One driver, who did not wish to be named, said: “It is completely wrong for them to threaten us with disciplinary procedures that could include the sack for trying to protect ourselves. We are going into work not knowing if we will catch Covid-19.

“Two drivers I know have died from this. We are furious that we can’t put our own protection in place.”

On Monday, Arriva apologised for the warning notice and said it had been taken down. A spokesman said: “The safety of our passengers and colleagues is Arriva’s number one priority.

“In hindsight, the language used in this notice to our employees was unclear and does not reflect our continued determination to keep our drivers safe.

“To abide by social distancing rules, we are asking customers in London not to sit in the seats nearest to bus drivers. We have clarified with our drivers and depot staff that tape can now be used to restrict the use of the front two seats closest to the driver.

“We’re also making enhancements to ensure the protective screen between drivers and passengers provides even higher levels of protection.”