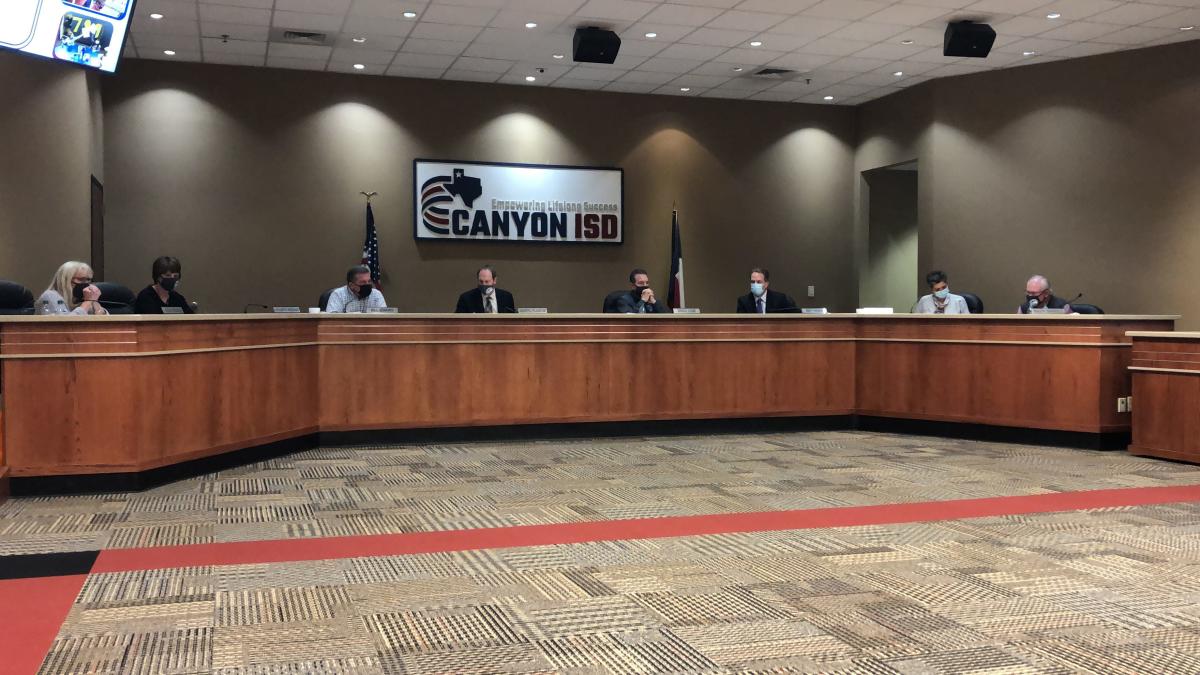 “This has been the hardest thing that we’ve ever dealt with because I think there is a lot of misunderstanding, and I think there is a lot of fear involved. … It’s not a decision that comes easy, and it’s a decision that we wrestle with and we had stressed over and we had cried over and prayed over. We still came to a vote tonight where we’re not a unanimous vote, but the decision of the board is one that we support as a team,” said Bill Jenkins, board president of Canyon ISD.

More than 20 community members spoke at the meeting concerning a recommendation brought to the school board by the School Health Advisory Committee (SHAC) to decide on whether to continue or discontinue the current mental health program.

Concerned citizens gave opposing opinions on the topic. Both spoke about wanting continuation of a mental health and suicide prevention program, but not all wanted the continuation of the tMHFA program for its LGBTQ+ inclusion.

“We want a program that does not groom students into that LGBTQ. There are only two genders, male and female. Students should have the right to religious freedom and should not be forced into activities that violate their conscience,” said community member Doug Hammock.

“The opposition only has one problem with the current program, and that is the representation of a transgender student. … How can you have a suicide prevention program and not have transgender LGBT+ inclusion? Everyone agrees that suicide prevention is necessary, but the main issue here today is Biblical,” Canyon community member Joshua Ludington said.

The first motion was not accepted by the board due to a flawed process in voting by the SHAC when deciding to submit the recommendation. According to board president Jenkins, the problem came from miscommunication and confusion within the committee on exactly what they were voting on; after clarification, some members felt differently about their vote.

The second motion submitted by board member Randy Darnell was an action to terminate the current program, tMHFA, and to request SHAC to determine three to four other mental health first aid programs to determine the best option and present it to the board, with a recommendation by spring 2023.

This motion was denied in a vote of 5-2. After further discussion, the motion was amended by board member Jennifer Winegarner to keep in place the current program and charge SHAC to search and consider at least three other mental health program options to be recommended to the board no later than January 2023. This motion was passed by the board, 6-1.

“Teen mental health is a non-negotiable, and to leave our kids no program in place is very dangerous when we have issues around this every single day,” Jenkins said. “I strongly value the feedback from both sides, and voices were heard. I hear the passion in the room. I hear the passion of our community. … We are here to serve all kids, all 10,000 of them. Whether they look like me, dress like me, identify like me, worship like me, vote like me, it doesn’t matter; we’re here to serve all kids.”