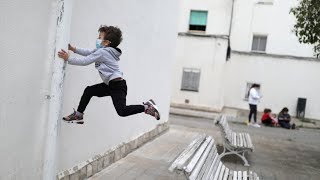 She added that while it was unclear why this was the case, it was informing consideration of reopening schools for younger children in a number of countries.

“At the moment, the evidence does seem consistent in different populations that children seem to be protected and not vehicles of transmission which, from a public health point of view, is a very good thing,” Dr Okereke said.

Earlier this week, international research on coronavirus suggested there is no evidence of children passing the virus on to adults.

However, on Thursday a German study suggested that even though children tend to have far milder symptoms than adults, those infected seem to have the same level of levels of circulating virus in their body as adults.

The findings led scientists to warn that schools could fuel the spread of Covid-19 if restrictions on opening were lifted.

The study, by Berlin’s Institute of Virology, screened nearly 60,000 patients aged between one and 100 for Covid-19, of whom nearly 4,000 tested positive. When the team compared the viral load across age groups, they found similar levels throughout.

On Wednesday, Gavin Williamson, the Education Secretary, said schools will reopen in a phased manner, but did not say when.