Children with a runny nose do not have coronavirus, expert says 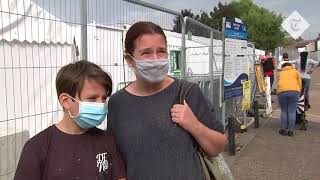 A letter circulated to all schools at the beginning of term outlined the same set of symptoms as the basis for getting a test.

The symptom tracker, used by four million people, has revealed that the majority of children who test positive for Covid-19 suffer from fatigue and a headache. Around half have a fever, while more than a third suffer a sore throat and a loss of appetite.

One in six have an unusual skin rash, while a third have none of the 20 potential symptoms listed on the app, suggesting they are asymptomatic.

By comparison, almost 90 per cent of adults who have the virus report fatigue, while nearly three quarters have a headache and around half suffer a persistent cough and sore throat.

Prof Spector wrote on Twitter that the Government appeared reluctant to widen the “meagre” list of symptoms in case it increased demand for testing, even though it was “inappropriate for children”.

Tests booked for teenagers aged between 15 and 19 increased by 70 per cent, and for those aged up to four by 56 per cent.

Matt Hancock, the Health Secretary, warned this week that people suffering from colds, as well as those who were not eligible for a test at all, were clogging up the system (watch Mr Hancock talk about some of the challenges facing testing in the video below).