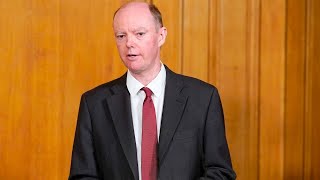 When dealing with the question of why a test, trace and isolate system similar to South Korea was not modelled earlier this year, Prof Whitty told MPs: “I’m absolutely confident, chair, and let me be very clear about this, that we had no capacity to do it on the scale that would have been needed, or for the kind of epidemic we had.

“Many of the problems we had came out of our lack of testing capacity, but testing alone is not sufficient to have a full test, contact, trace and isolate system.

“This requires an infrastructure we did not have, which was built up by places such as Korea.”

Asked by Mr Hunt if he was “content” that the Government followed his advice on staging different elements of the lockdown, Prof Whitty said: “Ministers at the time, who were put in an incredibly difficult position, in my view, followed the advice given by Sage, which are clearly signposted through the minutes of Sage, with a delay that was no more than you would reasonably expect for what are really very difficult things to operationalise and decide.”

He added: “I do not think that in my view there was huge delay between the advice that ministers received, given the enormity of the difficulties that we were asking of people, and the practical implications of what was being done.”

Last week Sir Patrick Vallance, the Chief Scientific Advisor to the Government, said Sage advised the government to enter lockdown on March 16. On that date the public was advised to heavily restrict their movements, but full lockdown was not announced until March 23.

Prof John Edmunds, a member of Sage, has previously said the UK should have gone into lockdown earlier and that not doing so had cost “a lot of lives”.

His comments were echoed by former Sage member Prof Neil Ferguson, who said coronavirus deaths in the UK could have been halved if the Government had introduced the lockdown a week earlier.