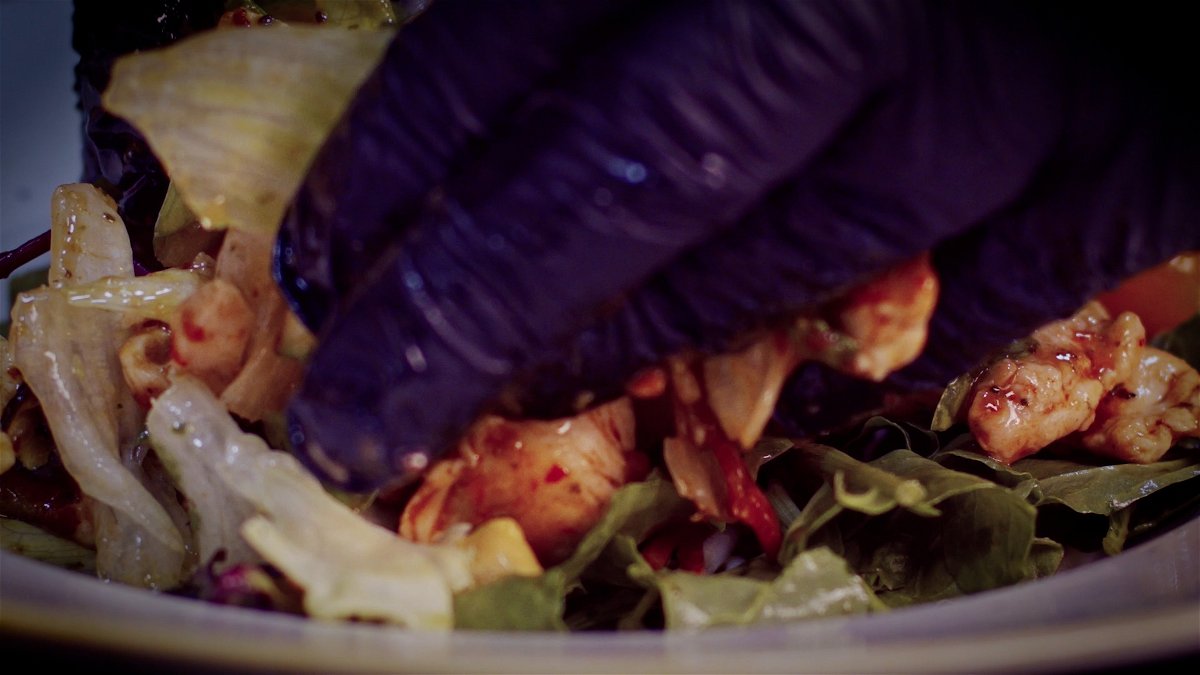 A Coachella Music Festival shuttle driver is sharing new details after she was one of more than 100 drivers sickened with food poisoning.

Officials are still not naming the third-party catering company that served meals to the drivers last weekend at the Riverside County fairgrounds in Indio.

Blanca Moreno said she got so sick behind the wheel of her bus, she had to immediately pull over.

“I was driving and I felt like I was gonna throw up,” Moreno said. “As soon I opened the door, I started throwing up.”

Moreno said she had Coachella festival-goers on-board her bus after 9 Sunday night when she started feeling sharp pain in her stomach.

Just an hour earlier, she and other drivers ate a catered meal at the Riverside County fairgrounds in Indio.

Despite the unappetizing appearance, Moreno ate the food anyway, saying it seemed to have been refrigerated and tasted fine.

“It was really soggy but I love salad so I ended up eating the salad,” she said. “But the meatballs – I only ate one and a half.”

Not even five minutes into her short journey carrying visitors from the fairgrounds to a nearby hotel, Moreno made the call for paramedics before being treated at a medical tent. “They gave me a shot for pain, they said. And they gave me for nausea, and they gave me IV,” she said.

More than 40 drivers were taken to local hospitals with food poisoning, and more than 100 reported symptoms. County public health officials are investigating but haven’t named the source of the bad food.

“It’s sad what I’ve seen – all these drivers suffering of the pain in the stomach,” Moreno said. “I can’t understand. So many people, so many drivers got ill It’s sad!”

But even with an upset gut, Moreno said she doesn’t blame anybody for the incident.

Riverside County health officials said many of those who got sick live outside Riverside County or are from out of the state. They are seeking interviews with all potential patients.