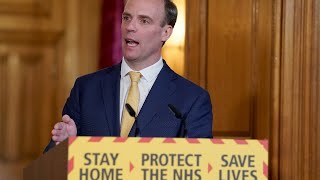 An overwhelming majority, 85 per cent, said they were worried about the impact coronavirus is having on their life.

A quarter of people felt they were “spending too much time” with people in their home, and a similar number said their relationships were feeling the strain.

Almost half – 45.9 per cent – were simply bored because they are forced to spend most of their time at home.

Dr James Rubin, an adviser to the the Scientific Advisory Group on Emergencies (Sage), has told MPs that separate polling has shown that 13 percent of people are drinking more.

“Inevitably we are going to see an impact on people’s health and wellbeing, and we are already seeing some signs of it,” he said. “These sorts of things will build up.”

Amid fears over the long-term impact the pandemic will have on people’s mental health, 46 per cent of those questioned said that it was causing them high levels of anxiety.

Esther Rantzen, who founded The Silver Line, said that although society seemed to be coming together and showing appreciation for carers and those providing services, there are also worries for the elderly having to self-isolate and those in difficult home situations.

“This is going to have a huge impact on people and on levels of depression and anxiety,” she told The Telegraph. “I think we all have an obligation to make that phone call – the telephone can make a huge difference in lifting spirits and giving people time to talk about the way they feel and also to share memories, experiences and jokes.”

As so many people have to stay inside,  ONS Opinions and Lifestyle Survey shows finances are a major concern. One in five adults are already feeling the pinch and many having to dig into their savings to pay their bills.