Coronavirus antibody tests could be available as soon as next month, co-ordinator says 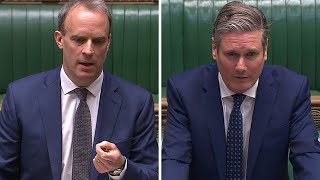 Scientists are racing to manufacture an antibody test that can tell people whether they have had the virus and built up possible immunity, but so far none of the available tests on the market has passed a Government validation panel.

The Oxford test works by analysing antibodies in blood obtained through a fingerprick kit that can be used at home. They would give positive or negative results for the Covid-19 antibody in about an hour or less.

But existing kits – already for sale in the UK by private companies – have been shown to be, at times, woefully inaccurate and work least well where symptoms for coronavirus have been mild.

Spain returned tens of thousands of kits bought from China after it turned out that they were accurate only 30 per cent of the time, making them less reliable than the toss of a coin.

A successful antibody test would allow the Government to establish the scale of so-called “herd immunity” and enable a rapid easing of the lockdown for people who could know with certainty they had had coronavirus and could not catch it again.

However, there are also doubts about how effective and long-lasting immunity is for those infected with Covid-19. Immunity might only last six months to a year – but that could buy time for a vaccine to be found and the population to be immunised.

The antibody blood test is separate to the antigen test, which requires a swab taken from the nose or throat and is then examined in a lab, which tells if someone currently has the virus.