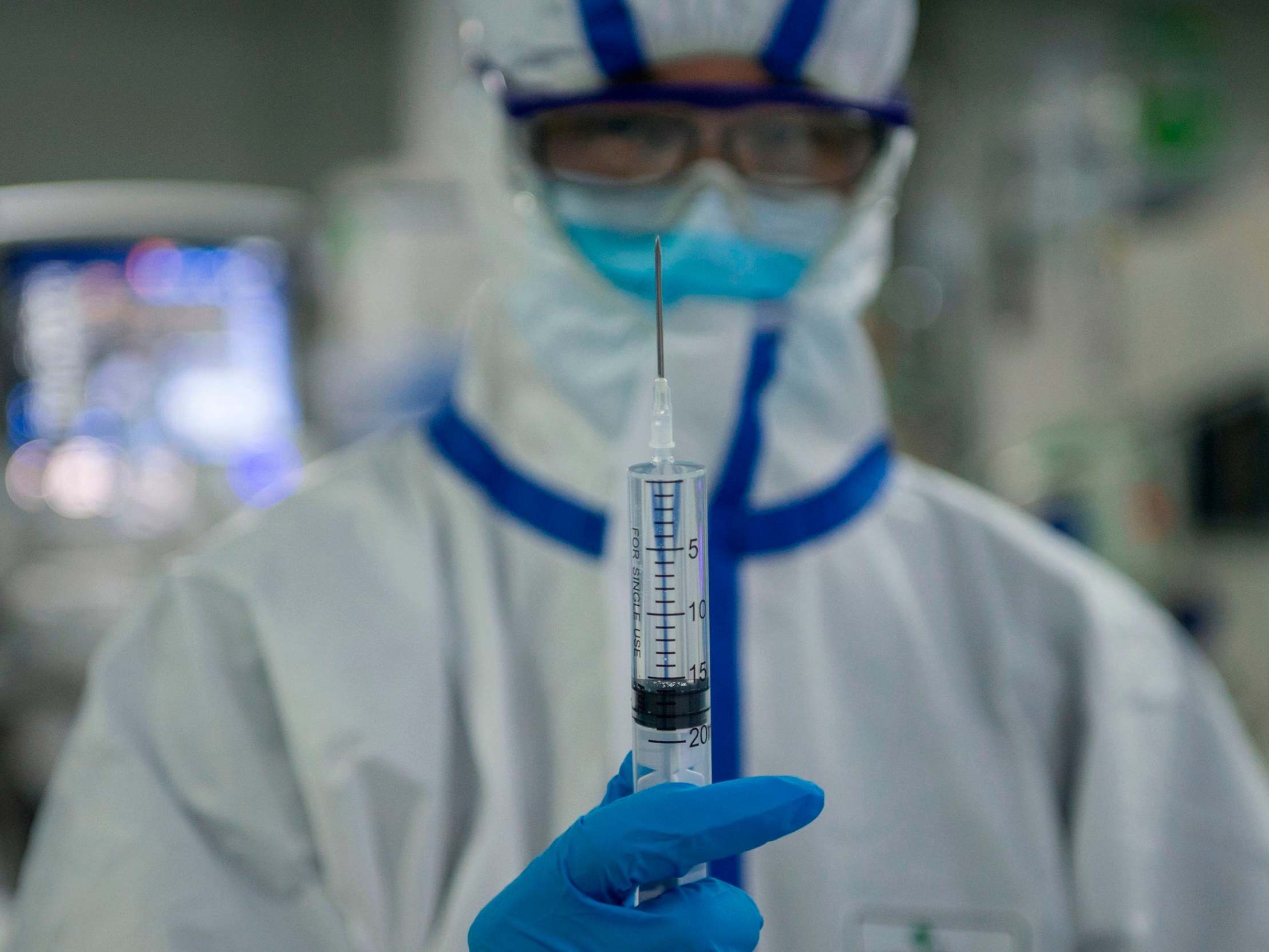 UK hospitals are beginning to run out of vital equipment needed to protect nurses and doctors from catching coronavirus from infected patients, medics have warned.

NHS staff have said they are unable to get hold of some face masks and other specialist personal protective equipment (PPE) which is needed to prevent them falling ill. Some hospitals are weeks away from running out of equipment, multiple sources have said.

In response to the concerns on Sunday, the Department of Health and Social Care said it would now release the UK’s stockpile of equipment set aside for when the country faces a pandemic disease. Coronavirus has not yet been classified as a pandemic.

Doctors have been told to limit their use of face masks during procedures and surgeries to try and maintain supplies while NHS England said it would be shipping PPE to GPs this week amid concerns they lack enough equipment.

One NHS manager told The Independent they were aware of three NHS trusts which did not have enough equipment and were now rationing what they had to try and make the supplies last until they can get more deliveries.

They said: “PPE is about to become a major issue. We’ve got a problem and NHS Supply Chain are invisible on the issue and the national command team are keeping silent. We will be out of PPE in two weeks with no supplies on the horizon.

“This is going to be the game changer and nobody wants to address the problem. Our masks are made in China and they aren’t about to let any stock leave the country. Of our key PPE lines three are now unavailable for the rest of March and who knows when from there.

“As usual we are all being gagged. This is serious and I know what this means and what the risks are.”

Another said: “It’s not really about not having enough now, it’s about knowing we will have enough in the future as staff use up the stock. We need to secure enough supply going forward.”

China is the world’s biggest manufacturer of masks and surgical protective equipment but due to its own demands during the coronavirus outbreak, which originated in Wuhan, the country has banned the export of most PPE equipment.

One hospital doctor said colleagues had been told to limit their use of surgical masks during operations, while senior NHS sources confirmed some hospital trusts were struggling to get supplies of masks and hand gel which they say could also put at risk community testing if staff did not have the equipment to protect themselves.

Public Health England has now changed its guidance for staff treating suspected but not confirmed cases of coronavirus, with workers told to use ordinary surgical masks rather than increasingly scarce respirators.

A senior nurse from an NHS trust in the north of England told The Independent some trusts were struggling because others had stockpiled.

She said: “Public Health England won’t release the national stockpile until the pandemic threshold is reached. They need to move on from swabbing everyone with a sniffle as that is using a lot of PPE equipment. We are reviewing our PPE at the moment.

“I think the difficulty in this is it’s moving so fast and not everyone’s realised yet the seriousness.”

She added: “Honestly, as a healthcare worker it feels like we’re about to go off to war or something. We know it’s coming and we know some of us will get infected and some may even die, but we’ve got to get on and mitigate as best we can.”

The NHS is gearing up for a spike in coronavirus cases as the number of confirmed infections in the UK reached 273 on Sunday afternoon. A warning from Italian doctors said critical care beds there had been overwhelmed, sparking concerns the UK will struggle to cope.

In China, during the height of the outbreak there, healthcare staff were reported to be going without breaks or eating and drinking in order to avoid having to change out of the protective equipment which, in most cases, should only be used once.

Last week NHS Supply Chain, which sources equipment for NHS trusts, said it was managing demand for some PPE products in order to “maintain continuity of supply”. It added: “We have seen an increased demand for PPE products over the last few weeks as NHS trusts have put in place preparedness measures. As a result, we are implementing controls on excessive order quantities to ensure stocks are managed fairly for all of our customers.”

It said it was working with suppliers and had enough stock, but on Friday it issued new customer alerts warning trusts some products including hand sanitisers were being restricted, adding: “As stock will be moving rapidly across all of these product codes please be aware that some products may be temporarily unavailable.”

Among the products being restricted by NHS Supply Chain include hand gels and alcohol hand rubs, face visors and safety goggles, as well as surgical masks and respirators.

In February as the outbreak spread worldwide the Department of Health and Social Care asked suppliers to maintain their Brexit no-deal stockpiles in anticipation of shortages from China.

The World Health Organisation has warned of “severe and mounting disruption to the global supply” of equipment, which it said was leaving healthcare workers in some countries “dangerously ill-equipped” for the outbreak.

It said since the outbreak started prices have surged, with surgical masks costing six times more while the cost of respirators have trebled and gowns doubled. It estimates 89 million medical masks will be needed each month to cope with the outbreak.

After being contacted by The Independent at the weekend a DHSC spokeswoman said on Sunday that supplies would now be released from the pandemic stockpile “in a controlled manner to relieve pressure on supply that is being experienced on certain products”.

She said: “We maintain large stockpiles of a range of personal protective equipment (PPE), including face masks, and these are being released in a controlled manner to help ensure the uninterrupted supply to the NHS.

“In line with well-established procedures, the NHS is managing a rise in demand for certain types of PPE across the NHS above normal levels. There is no need for local stockpiling.”