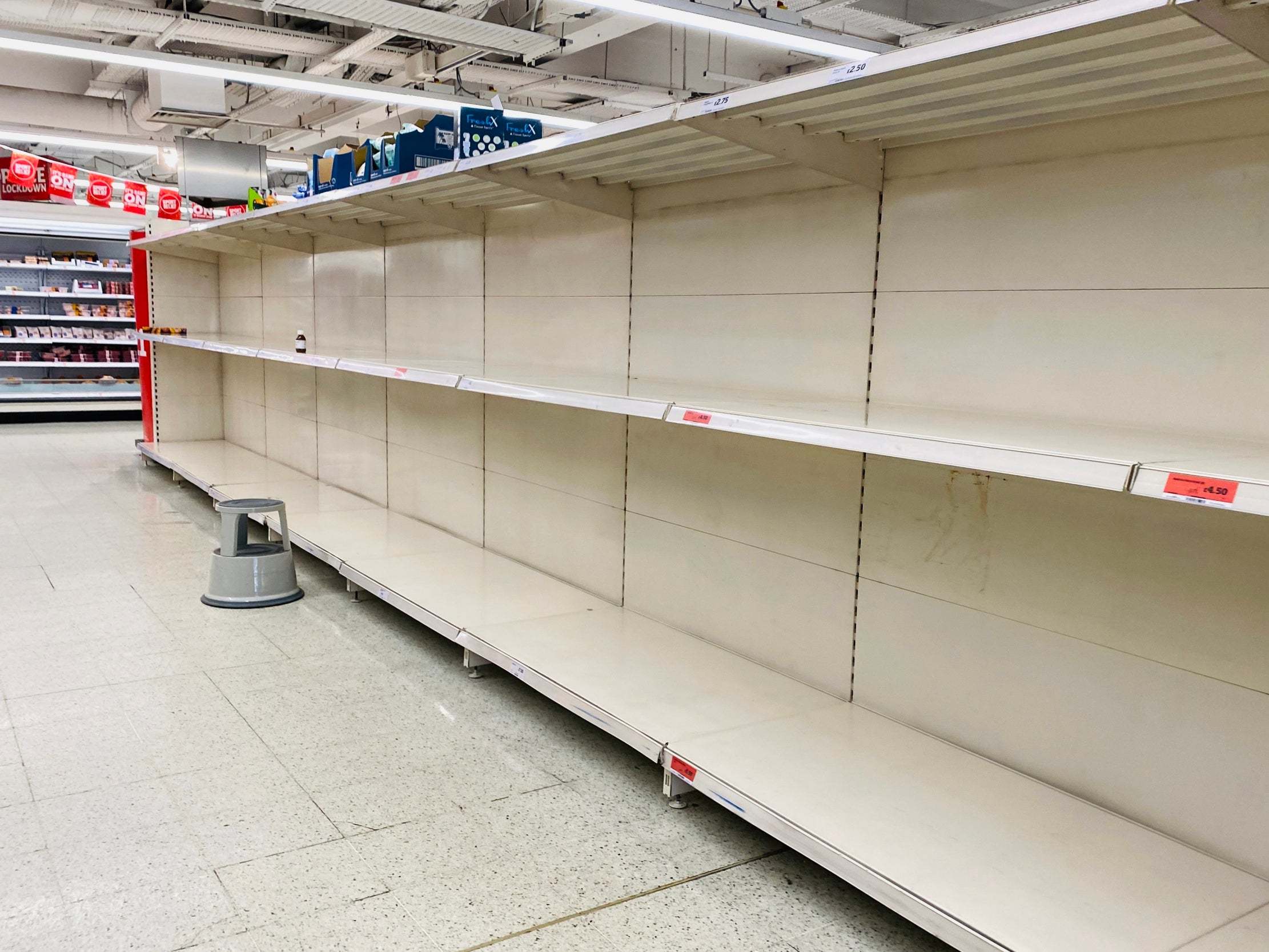 Hand sanitiser products are selling online for up to 50 times their recommended retail price as demand surges amid the coronavirus outbreak.

Despite the UK’s competition watchdog warning anyone caught trying to inflate prices could be fined, analysis found the vast majority of the country’s biggest supermarkets’ and health retailers’ own brand products are being re-sold on eBay for astronomical prices.

Every store bar Superdrug has sold out of hand sanitisers, according to Liberty Marketing.

As a result, some panicked members of the public have resorted to stealing wall-mounted dispensers in hospitals. Others have tried to make their own, which can prove ineffective or dangerous.

Numerous people have bid for second-hand soaps in recent days, with a bottle of Lacura sanitiser only 75 per cent full receiving 13 offers, reaching as high as £4.20 plus postage.

Elsewhere, Lidl hand sanitisers sold for 49p in-store are being sold by third parties for as much as £24.99 – some 50 times the typical asking price, Liberty’s analysis found. Morrisons’ £2 hand sanitiser is being sold for £29.99 – a 1,400-per-cent increase.

Those listing Tesco’s own hand sanitisers are still making a 1,100 per cent profit, despite it being the lowest percentage increase out of them all. The Tesco Health Antibacterial Hand Gel (50ml) is just 75p in-store and is being sold for as much as £9 on eBay.

On Thursday, the government’s Competition and Markets Authority warned retailers and traders they must not try and “take advantage of people” concerned about the outbreak of coronavirus.

The watchdog said it would take strict action, and anyone trying to inflate prices could be fined under competition laws.

Meanwhile, the National Fraud Intelligence Bureau has revealed at least 21 victims of coronavirus-related fraud in the UK lost more than £800,000 in February alone.

In one instance, a business owner lost £15,000 after buying a bulk load of protective face masks that were never delivered.

Globally, and in the UK, people are panic-buying items such as hand sanitiser, face masks, and toilet paper in anticipation of the outbreak spreading further.

Matt Hancock, the health secretary, has been accused by one supermarket executive of “totally making up” a claim he made on the BBC’s Question Time about co-ordinating on food supply with British supermarkets to avert sudden shortages.

Meanwhile, the number of confirmed cases in the UK soared to more than 200, with the government expected to warn elderly citizens to stay at home as part of incoming “social distancing” policies next week.