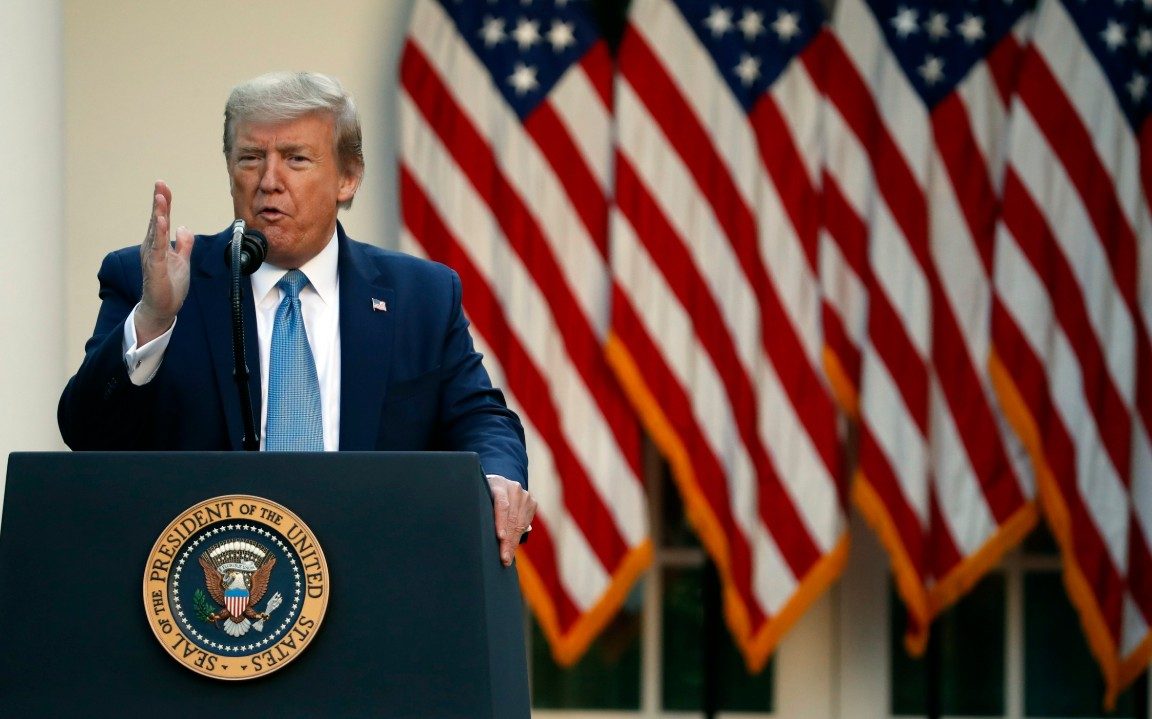 Donald Trump has said that new guidelines about reopening states after lockdowns due to coronavirus will be shared with governors on Thursday, calling it a “very big day”, Ben Riley-Smith writes.

The US president said during a White House press briefing that the nationwide peak of Covid-19 cases in America had now passed, though did not cite figures to back up his case.

Mr Trump has repeatedly made clear in public his eagerness to loosen restrictions on behaviour adopted to limit Covid-19’s spread in a bid to help the US economy recover. After initially backing off a plan to lift strict nationwide guidance at Easter, Mr Trump now says he will encourage governors to make their own decisions on when to reopen individual states.

The president said his administration’s guidance – a version of which leaked to The Washington Post this week showing reopening schools will be a priority – will be shared with governors on Thursday.

“Tomorrow’s going to be a very big day. We’re going to have some information about some openings. They’re going to be safe, they’re going to be strong, but we’ve got to get our country back.” Mr Trump said it appears that the nationwide peak of coronavirus cases has been passed, though brushed off calls to cite his evidence from reporters.