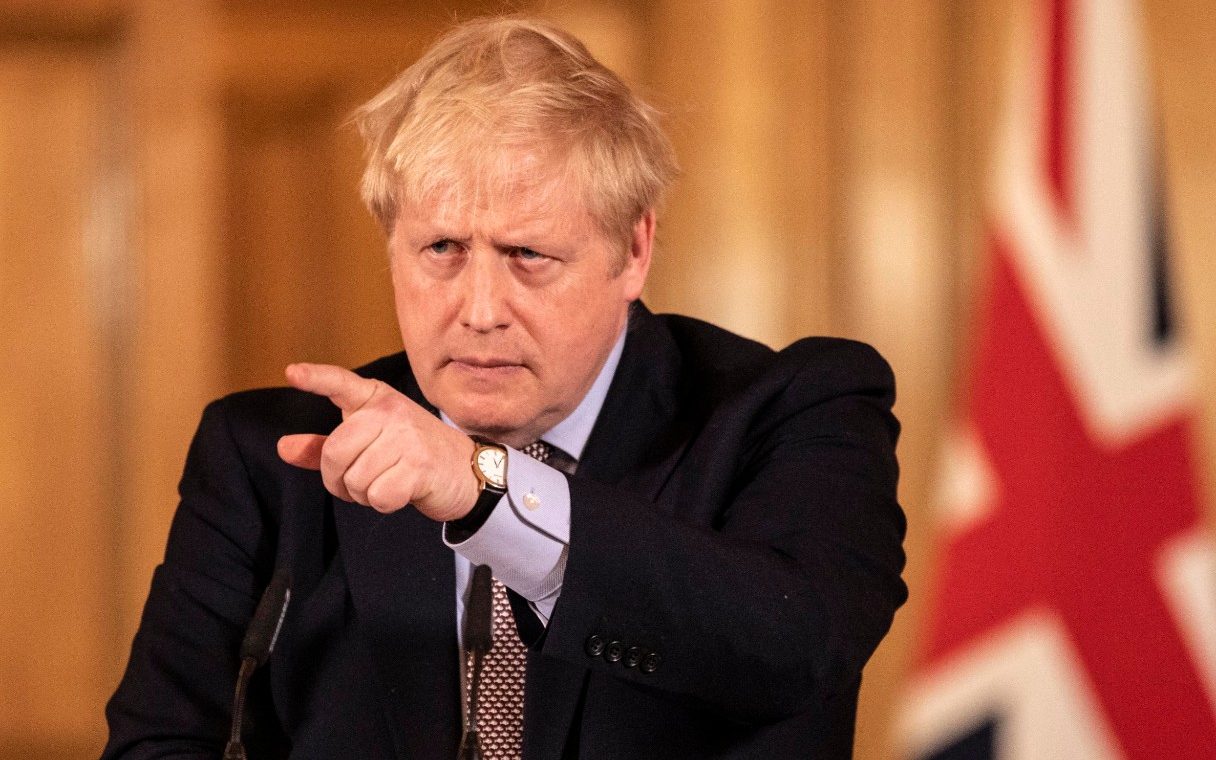 Everyone in the UK must now avoid visits to pubs, restaurants and “non-essential contact” with other people, Boris Johnson has declared, as he implemented the biggest restriction of civil liberties “in peacetime”.

In a dramatic escalation of the Government’s response to the coronavirus pandemic, the Prime Minister said all “unnecessary” travel must end, meaning all employees should work from home from Tuesday “if possible”. The measures may last for a “prolonged period” which could stretch into months.

Around a third of the public – everyone over the age of 70, millions who are younger but suffer from health conditions, and pregnant women – are being asked to go further by avoiding almost all social contact from this weekend.

But there was confusion among parents as the government decided against shutting schools to avoid the knock-on effects on key workers such as NHS staff with children.

In another extraordinary day, within hours of the Prime Minister’s announcement, President Macron of France ordered the troops onto the streets of his country to enforce a curfew and relaxed rules for paying tax and rent. President Trump sparked another stock-market crash after warning of a possible recession as he banned gatherings of more than 10 people.

The Schengen border area was suspended by the EU and national checks reintroduced as virtually every country across Europe was put into lockdown.

The British government’s actions are still short of many other nations as they are officially voluntary and there are growing fears over the capacity of the NHS to cope as this country is now “accelerating up the curve” of infections.

The Prime Minister set out the need for “drastic action” to tackle the “fast growth” of coronavirus across the UK as his medical advisers said Britain may now be just three weeks behind Italy, the worst-hit country in Europe, with London further advanced than the rest of the UK.

The new measures set out by Mr Johnson are:

As the death toll rose to 55, with 1,543 confirmed cases of the virus, Mr Johnson said: “Clearly what we’re announcing today is a very substantial change in the way that we want people to live their lives and I can’t remember anything like it in my lifetime. I don’t think there has really been anything like it in peacetime.

“And we have to accept that it is a very considerable psychological, behavioural change that we’re asking you, we’re asking the public, the nation, to do.

Chief medical officer for England Chris Whitty said the country had to be prepared for restrictions to be in place for “the long haul”.

He said: “This is not ‘two weeks and we’re done’. This is a significant period of time.

“People should be thinking of a minimum of weeks to months and, depending how it goes, it may be longer.

“It’s really important people realise they are in for the long haul on this.”

The government’s advisors on Monday night said that even if the strategy works, around 20,000 people will die.

Within hours of the new advice being released, theatres began closing their doors and the last sporting events were abandoned. However, there is growing anger among business groups over who will pay for the huge economic costs of the shutdown. The failure to order the closure of many hospitality venues means that the costs cannot be claimed on insurance.

Mr Johnson told a somber press conference in Downing Street that measures to combat the virus were being significantly stepped up because: “It looks as though we’re now approaching the fast growth part of the upward curve.”

“Without drastic action cases could double every five or six days,” he said. “Now is the time for everyone to stop non-essential contact with others and to stop all unnecessary travel.”

Mr Johnson said London appeared to be “a few weeks ahead” of other areas of the country.

Government sources said the guidance covered “meeting your mates in the pub” but also applied to “inviting friends to your home”, meaning dinner parties are discouraged.

For over-70s, looking after grandchildren and taking them to school is contrary to official advice.

Mr Johnson said there should be “no exceptions”, including MPs and peers. It means that around two dozen MPs over 70 – including Jeremy Corbyn – should now stay at home, as well as 431 members of the House of Lords who are over 70.

Prof Neil Fergusson, of Imperial College London said the Government’s gear change in the last two days was prompted by evidence from Italy showing that around 30 per cent of cases needed intensive care – and an assessment of what the NHS could cope with.

He said he believed more than half of cases are in Greater London.

Prof Azra Ghani from Imperial College London said the approach depends on every person reducing their person to person contacts by 75 per cent – on top of association in workplaces and schools.

And she said that even keeping measures in place until July might not be enough to suppress the outbreak, suggesting restrictions might need to remain in force until a vaccination is found.

Experts have already warned this could be a year off.

Mr Whitty said: “The next few weeks are going to be extraordinarily difficult for the NHS,” but insisted that testing would be intensified within days, particularly for NHS staff, to ensure that as many key workers as possible could stay at work.

Mr Johnson and Michael Gove, the Chancellor of the Duchy of Lancaster, held a conference call on Monday night with more than 60 manufacturers to ask for their help in making ventilators for hospitals.

More than 400 companies have already contacted the Government offering help in making the machines.