Coronavirus: What the government’s four stages to fight the disease mean 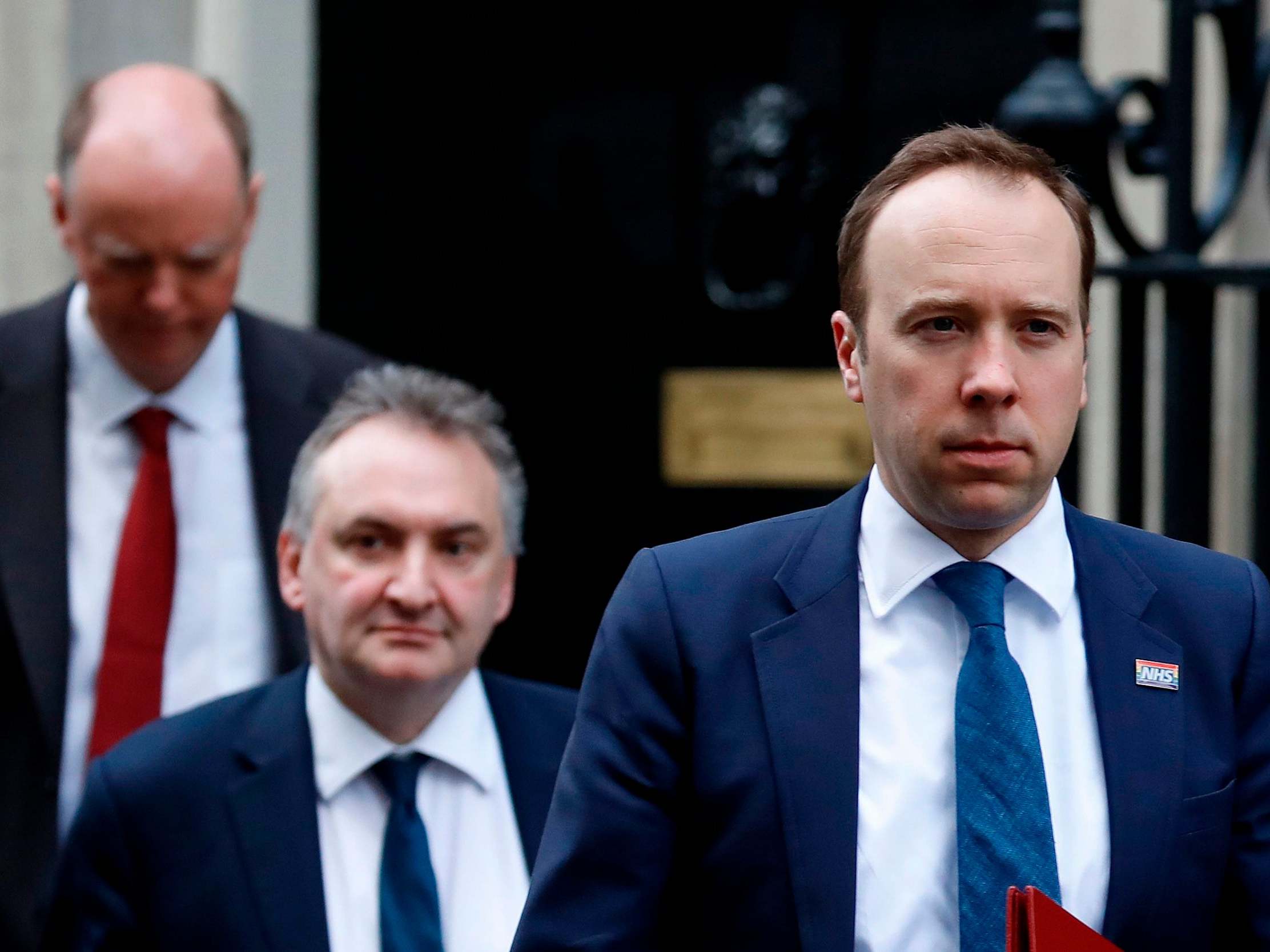 Over the weekend the number of confirmed cases of coronavirus jumped first to 209 on Saturday and then to 273 on Sunday, suggesting the virus is now widely circulating within the UK.

Ministers are expected to meet on Monday to decide whether to formally move the country into the next stage of its fight to resist the effects of the Covid-19 virus.

Chief medical officer Professor Chris Whitty warned last week that he felt it was almost certain the UK would see a significant epidemic in the next few weeks and that planning was now “full tilt” to the next “delay” phase of the outbreak.

So what do the four stages mean and how will they affect you?

It is now all but certain that the UK’s efforts to contain the coronavirus have failed. This initial phase was designed to rapidly identify anyone who had the virus and to quickly get them to a specialist infectious disease unit where they would be quarantined to prevent the virus spreading.

Anyone who the infected person was in touch with would be tested, isolated and if necessary taken to a specialist unit themselves if they tested positive. Health officials would trace anyone at risk of infection. The simple idea was to try and stop the disease in its tracks and avoid it spreading throughout the community.

It now appears that many of those who contracted the virus in Italy, where there has been a significant outbreak affecting thousands of people, brought it back to the UK with them. This was where the initial jump in cases came from.

But as numbers near 300 it is now highly likely the virus has taken root in the UK and is freely spreading. This is where the government shifts to delaying the epidemic.

The reasons are simple. If the virus runs unchecked it could infect tens of thousands of people, a significant minority of whom could all become severely ill at the same time and overwhelm the NHS – which does not have enough critical care beds for everyone who may need them.

So the delay strategy is designed to soften that peak and push it into the spring and summer months when the disease may also be less able to spread in the warmer weather.

It’s at this stage when the government will consider measures such as closing schools, postponing or cancelling large gatherings like football matches and concerts and encouraging people to work from home.

This is what officials call “social distancing”. We will all be told to limit our interactions with each other, stay at home more, reconsider visits to elderly relatives, and so on. All to stop the virus spreading.

A key phase that has in many ways already started and will run concurrently alongside others is the research aspect of the outbreak. The government has already released £40m to encourage research into coronavirus to try and help identify a vaccine.

Due to the nature of developing vaccines, testing them and ensuring they are safe, Prof Whitty has said a real vaccine may be a year away and only of use in any potential second wave of the virus in winter 2020-21.

But another aspect of the research phase is the exploration of other existing and licensed drugs that may not help cure a patient but could support their body to fight the disease and reduce the time they are critically ill. In a hearing before the House of Commons health select committee last week Prof Whitty outlined a number of drugs which may prove useful.

This is the final phase of the government’s strategy and is effectively triggered once the disease is widespread and unable to be stopped or even slowed.

At that stage and faced with huge numbers of the population, as much as 80 per cent, infected, the emphasis will shift to saving as many lives as possible and maintaining public order and the continuation of public services.

At this stage the NHS, local councils, police, fire brigades and so on will activate what are called their business continuity plans. Hospitals will cancel operations and in extreme cases doctors will be forced to ration care to those most likely to benefit. Police may not respond to some crimes and the British Army could be brought onto the streets.

It’s at this stage that we would see some of the most extreme measures be taken by the government in an effort to try and keep the country going. This will include bringing back retired doctors and nurses, potentially closing down parliament, and enforcing work-from-home rules on businesses.

Health secretary Matt Hancock has been clear that decisions will be made based on the scientific advice the government is given with the aim being to minimise the societal and economic disruption, subject to keeping people safe.

The coronavirus epidemic is only starting and could last for three to four months.

Right now, the most important thing we can all do is wash our hands with soap and water for 20 seconds and limit how much we touch our own faces.