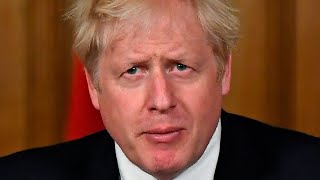 They write: “The management of the crisis has become disproportionate and is now causing more harm than good.

“We urge policy-makers to remember that this pandemic, like all pandemics, will eventually pass but the social and psychological damage that it is causing risks becoming permanent.

“After the initial justifiable response to Covid-19, the evidence base now shows a different picture.  We have the knowledge to enable a policy that protects the elderly and vulnerable without increasing all other health and economic harms and which is not at the expense our whole way of life and particularly that of the nation’s children.”

The group criticises the Government for appearing to rely on a vaccine as its “main exit plan”, stating:  “Any vaccine is unlikely to give complete protection against the virus and any protection may only be of short duration.”

Last week, Number 10 accepted that a mistake was made in the presentation of one set of figures at least week’s press conference but, amid increasing hospitalisations, Mr Johnson insisted: “The data is really irrefutable about what is happening in the country.”

A Government spokesman said: “It is completely wrong to suggest the government is exaggerating the data. The national restrictions have been introduced to save lives and protect the NHS.

“We have been guided by the advice of experts from Sage from the outset and our response has helped to ensure the NHS is not overwhelmed.

“We recognise the impact this unprecedented period has had on people’s mental health and it is vital people follow the rules over the coming weeks so we can bring the transmission rates back down and get back to normality as soon as possible.”

Why Is Education Important