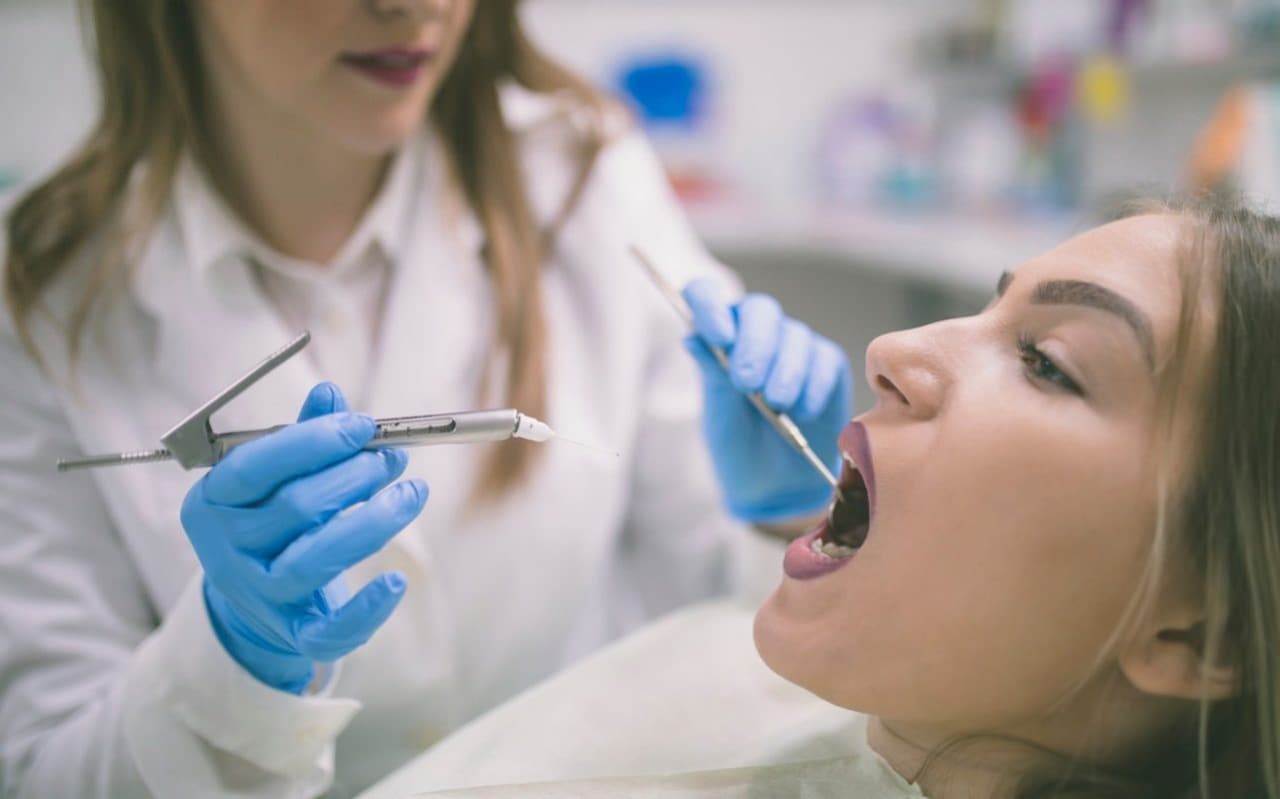 Dentists are dealing with cracked teeth by webcam, and are warning that emergency patients have nowhere to go after the NHS shut their practices prematurely.

Patients now cannot see their local dentist face-to-face due to the risk of transmission of coronavirus, even if they have painful problems with their teeth.

The British Dental Association (BDA) said that emergency centres for patients have not been sent up yet, so for the time being emergencies have to be treated by phone calls and webcam. This means dentists cannot treat sick patients and can simply advise on home care and prescribe painkillers.

The BDA has called on government to offer concrete support for a new dedicated emergency dental system, as all routine care on the high street ends. The group warned that patients face a “postcode lottery” as some areas have emergency care and others do not.

NHS England has now set out plans to devolve the establishment of a dedicated Urgent Dental Care System to local level. The BDA has said that this will require proper support, resourcing and unfettered access to relevant Personal Protective Equipment (PPE) to cater for a potentially large number of higher-risk patients requiring treatment.

British Dental Association Chair Mick Armstrong said:“Routine dental care as we know it is over for now. For the safety of dentists and their patients this is the right approach.

“Real energy must now be devoted to developing emergency services. Precious time has already been lost for planning, and colleagues will require the resources to provide it safely.

“The thousands who experience a dental emergency each day must not end up facing a postcode lottery of provision.”

Iain, a father-of-two from south London, who works in advertising, contacted his dentist after noticing that his filling had chipped, revealing a hole where his tooth should have been. He was then handed a DIY filling kit.

He told The Telegraph: “It doesn’t hurt at the moment, but I was worried about it becoming infected. I anticipated that my dentist would be closed, and the only thing worse than the potential pain and infection was the thought that if it got to that stage, then I would probably have to go to hospital, which is the last place anyone wants to be right now.”

His dentist told him that she had been forced to close her practice due to the government guidelines.

“She called me and said ‘one thing we can do in the meantime, and we wouldn’t normally do this as it’s better done by a professional and I can’t right now, but we do have temporary fillings’. It looks like a putty and apparently you can buy them from Boots. So then I arranged with her to pick it up and she talked me through it. She didn’t have to do that, and she didn’t even charge me.”

The BDA has advised against using temporary fillings .

Dentists are also likely to out of business due to a lack of support from the government, the association warned, adding that NHS England has said that practices which receive NHS funding will not be eligable to seek any wider government support for small businesses. This will be a blow for most small practices, which offer a combination of private and NHS care.

Means tested support for the self-employed means most private dentists and the majority who do a mix of private and NHS care will be inelligable for support under the Chancellor’s new deal.

Mr Armstrong added:  “A service that millions depend on needs a safety net. We can only return to business as usual if government steps in and prevents colleagues and their practices going to the wall.”