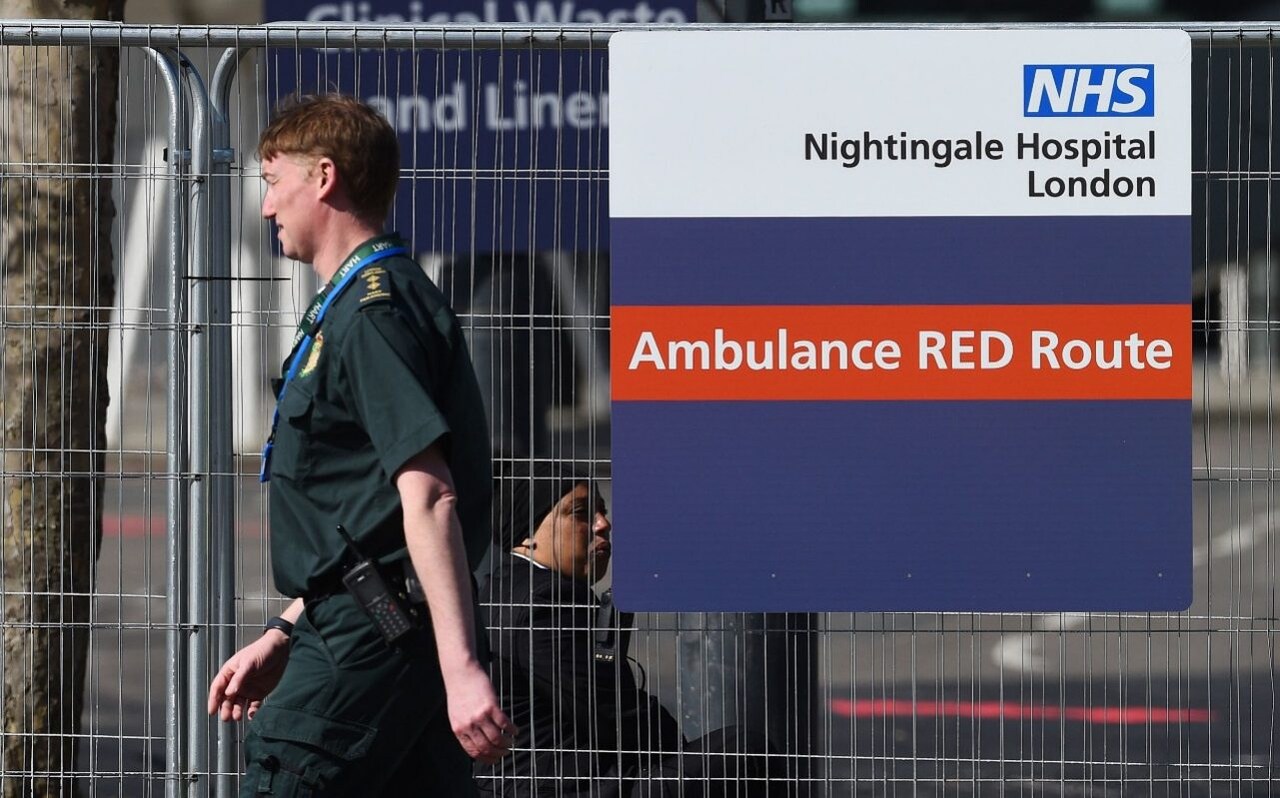 Doctors have expressed fears that flagship emergency hospitals built to care for coronavirus patients will stretch existing facilities to the limit.

Clinicians have warned that staffing the NHS Nightingale London and other temporary hospitals around the UK will place a huge strain on staffing levels elsewhere.

Nightingale, built at the ExCel centre in a matter of days, is expected to begin receiving critical care patients transferred from other London hospitals in a few days.

That means around 1,000 doctors, nurses and ancillary staff moving from existing hospitals – where staffing levels are already at full stretch – to man the new facility, which is expected to expand from 500 beds to 3,500 over the coming weeks.

The request for staff to volunteer for NHS Nightingale is expected to add pressure on hospitals already suffering staff absentee rates above 20 per cent as health workers self-isolate after they or family members show symptoms of COVID-19.

Simon Walsh, the BMA’s Emergency Medicine Lead and an emergency medicine doctor at a London hospital, told The Telegraph: “To look after that number of critically ill patients requires a large number of specialised staff.

“Where will they come from? Our fear is that they may be transferred away from existing hospitals at a time when trusts are at their most pressured in the history of the NHS and this will place even more pressure on those units.”

At the same time the BMA fears that as the crisis worsens and the number of critical patients admitted rises the staff to patient ratios at the Nightingale could become far worse than in normal intensive care units – with one consultant to as many as 42 patients rather than the usual ratio of one consultant to between eight and 12 patients – unless the NHS transfers even more specialists to the new unit.

“The NHS Nightingale will face a massive challenge and we don’t want to be critical of their efforts, but our concern is that the effect of their staffing plan on critical care units across the UK will inevitably be to reduce the number of specialists caring for patients,” says Mr Walsh.

There are already fears that London’s ambulance service will struggle with the demands to be placed on it to transfer patients to NHS Nightingale, while still providing emergency and routine assistance for the capital’s other hospitals.

Leaked documents reveal that health officials are worried about the use of staff with limited training, and whether there are enough ambulances and drivers to ferry patients there.

Draft clinical models seen by the Health Service Journal (HSJ) show an estimated 60 ambulances will be needed to ensure emergency transfers to the Nightingale.

Although the new Nightingale Hospital will only take younger and fitter patients suffering from coronavirus plans showed last week that one in five are still expected to die.

The centre is expected to take patients who have already been seen elsewhere, and judged to be in less immediate danger than those being admitted to intensive care units.

Nevertheless, the model for the facility anticipates that “approximately 16-20 percent of patients who arrive at Nightingale might not survive”.

Even before the current coronavirus hit the UK, the King’s Fund think-tank, warned that NHS staffing levels were dangerously low, with 96,000 vacancies last year from a workforce of 1.1m.

An NHS spokesperson said: “The NHS Nightingale Hospital is an extraordinary achievement which will be integrated into the wider London health service. It will expand the facilities available to treat coronavirus patients, and tap into nearly 25,000 nurses and doctors who have signed up to return to the NHS to help.”

The NHS in London said the London Ambulance Service was “working with a range of its partners to provide the level and quality of service needed” to transfer patients to the Nightingale and that “ those transporting Covid-19 positive patients will have access to personal protective equipment as set out by Public Health England”.