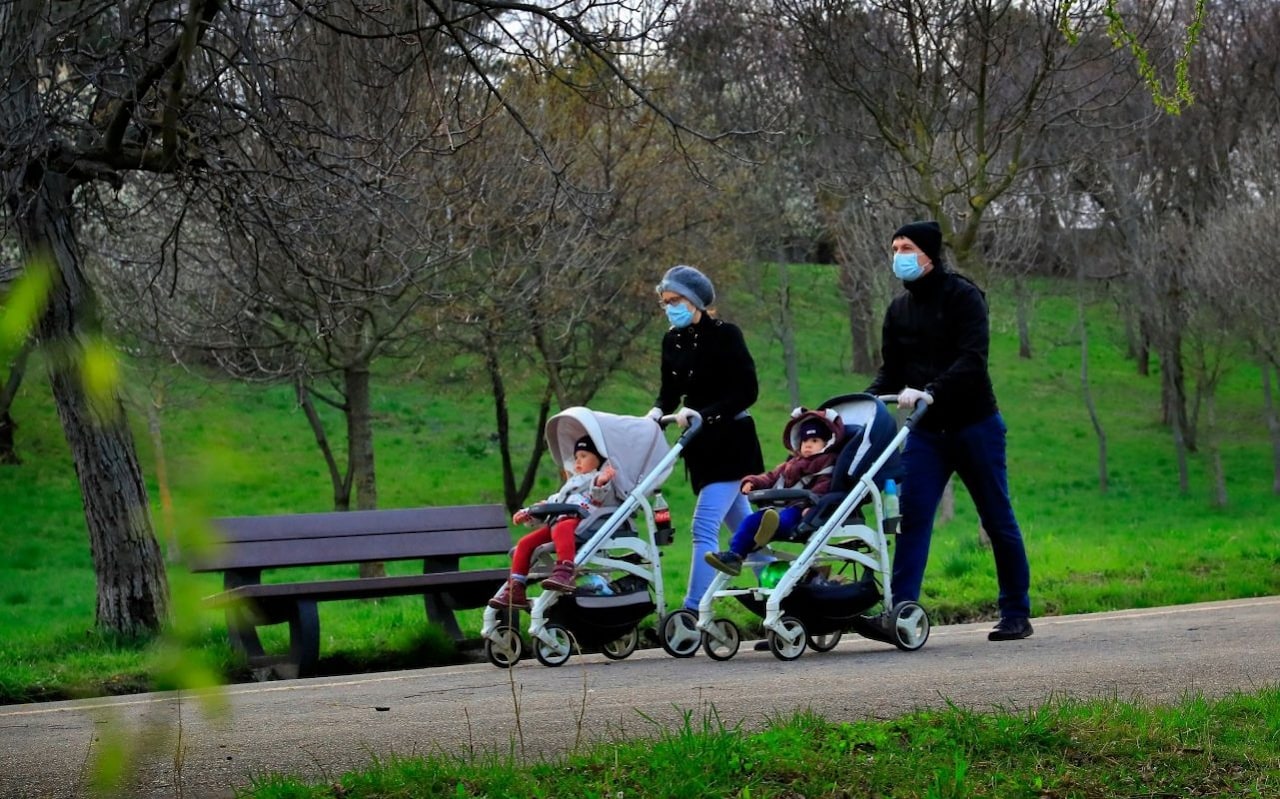 Double buggies with seats on two levels expose the lower child to 72 per cent more pollution, a study has found.

Analysis also found that kids were breathing in 44 per cent more harmful pollutants than their parents during school runs.

The research examining how babies potentially inhale harmful air pollutants while out in a pram was conducted by University of Surrey’s Global Centre for Clean Air Research.

Study author Professor Prashant Kumar said: “For parents, nothing is more important than the health of our children and this is why we at the University of Surrey are continuing to build on this research to understand the impact air pollution has on babies travelling in pushchairs.

“Our research shows that choices such as the type of pushchair you use, can impact on the amount of pollution your child faces when you are running a typical errand.”

Prof Kumar and his team looked at how the concentration of pollutants experienced by youngsters varied with those experienced by adults pushing the pram. His team simulated 89 school drop off and pick up trips in Guilford, Surrey and walked just over 1.2 miles during morning and afternoon school runs.

The research published in Environment International journal did offer a solution to parents as it found pushchair covers reduced concentration of small-sized particles by as much as 39 per cent.

Prof Kumar added: “There is cause for some optimism, as our study confirms that pushchair covers and upping the buggy heights appears to have shielded children from an appreciable amount of pollution under certain conditions.”

Previous research conducted by the university last year found toddlers are typically exposed to 60 per cent more toxic particles than their parents when travelling in low-slung buggies, because doing so ‘puts them closer to the level of exhaust pipes’.

Researchers warned at the time that persistent exposure can potentially damage the brain’s frontal lobe, which they said could impact on cognitive ability and neurological development.