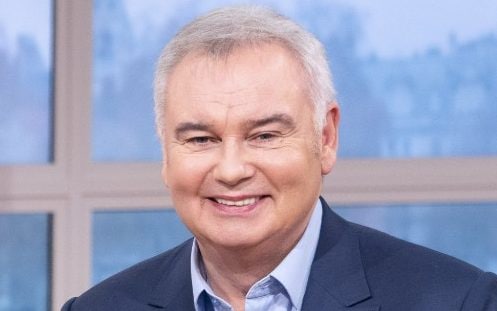 Eamonn Holmes has “clarified” his comments after suggesting on ITV’s This Morning programme that links between coronavirus and 5G should not be dismissed, a theory Number 10 has described as “complete nonsense”.

Ofcom said it was urgently assessing the remarks after receiving more than 400 complaints.

When she referred to “incredibly stupid” rumours that Covid-19 is man-made and designed to cull the population, Holmes replied: “What I don’t accept is mainstream media immediately slapping that down as not true when they don’t know it’s not true. It’s very easy to say it is not true because it suits the state narrative.”

Responding to the comments, the Prime Minister’s official spokesman said: “I have said in the past that the claims are complete nonsense, and we have been working with social media companies to ensure that these entirely bogus claims are not circulated.”

Holmes returned to the programme on Tuesday and said people are “rightly concerned” about the issue but added that he wished to “clarify some comments that some of you may have misinterpreted from me”.

Reading from a prepared statement, he said: “Both Alice Beer and myself agreed in a discussion on this very programme on fake news that it is not true, and that there is no connection between the present national health emergency and 5G and to suggest otherwise would be wrong and indeed it could be possibly dangerous.

“Every theory relating to such a connection has been proven to be false, and we would like to emphasise that.

“However, many people are rightly concerned and are looking for answers, and that’s simply what I was trying to impart yesterday, but for the avoidance of any doubt I want to make it clear there’s no scientific evidence to substantiate any of those 5G theories.”