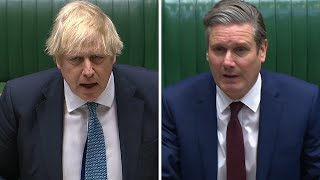 David Isaac, the EHRC chairman, said the watchdog welcomed the announcement of additional support for care homes in response to the “devastating” impact of the virus, but added: “We remain deeply concerned about serious potential breaches of older people’s human rights during this pandemic.

“The discharge of Covid-positive older people from hospital into care homes, examples of inappropriate blanket healthcare decisions on issues such as Do Not Attempt Resuscitation notices, and the lack of sufficient PPE [personal protective equipment] for care workers have contributed to considerable distress, lack of confidence that their rights will be protected and, ultimately, to loss of life.”

The Telegraph understands that the EHRC is looking at how it can use its powers to protect the rights of older people following a meeting with representatives from different organisations this week in which it asked for any cases of violation of rights.

It came as a care home owner told how he was forced to take in infected hospital patients, which led to seven of his residents dying of Covid-19.

David Crabtree, who manages two care homes in Bingley, Yorkshire, said that “without a shadow of a doubt” residents had died from coronavirus after he claimed he was forced to accept two patients discharged from hospital – only one of whom had been tested.

Speaking about one of his homes, which has 41 residents, Mr Crabtree told The Telegraph that seven had died of Covid-19, with a further two dying of suspected Covid-19. He said that, on March 28, he took in two elderly residents. One had tested negative and the second “showed no symptoms”, so was not tested while at the hospital.

The care home boss said the hospital’s actions were in line with the Government guidance at the time, but he refused to take in someone who had possibly been infected. He claimed the hospital had threatened to report him to social services if he maintained his stance.

“The sad thing is they’ve just become statistics, a story. But we had cared for those people for four and five years respectively. The irony is that discharging without testing will put more people in more hospital beds, not empty them.”

Mr Crabtree added that after those two residents had died the care home lost another five from Covid-19 and another two from suspected Covid-19.

“Without a shadow of a doubt, it was contracted in the hospital,” he said. “We were tight as a drum before – I saw what was happening in Europe. I looked at the news coming out of Italy, France and Spain weeks before. They were dying in their thousands.

“None of our patients had symptoms before March 28. Now, I go to bed angry, and I wake up angry, not necessarily because mistakes were made but because people won’t admit they were made.”

This week, Boris Johnson, the Prime Minister, said there was a system of testing in place for patients going from hospitals to social care and pledged a further £600 million for infection control in care homes.

It came after Niall Dickson, the chief executive of the NHS Confederation, which represents organisations across the healthcare sector, said care homes were where the “major battle” against coronavirus was “now raging” after they had been “neglected” for too long.

On Thursday, Robert Jenrick, the Communities Secretary, told BBC Radio 5 Live: “I don’t deny that what is happening in care homes is absolutely terrible. It’s a huge challenge.

“But we are trying to put as much support as we can around care homes. We are trying to help them to have the best possible infection control practices, we are trying to reduce the amount of rotation and movement of staff between care homes, which is one of the main reasons why the virus is spreading.”