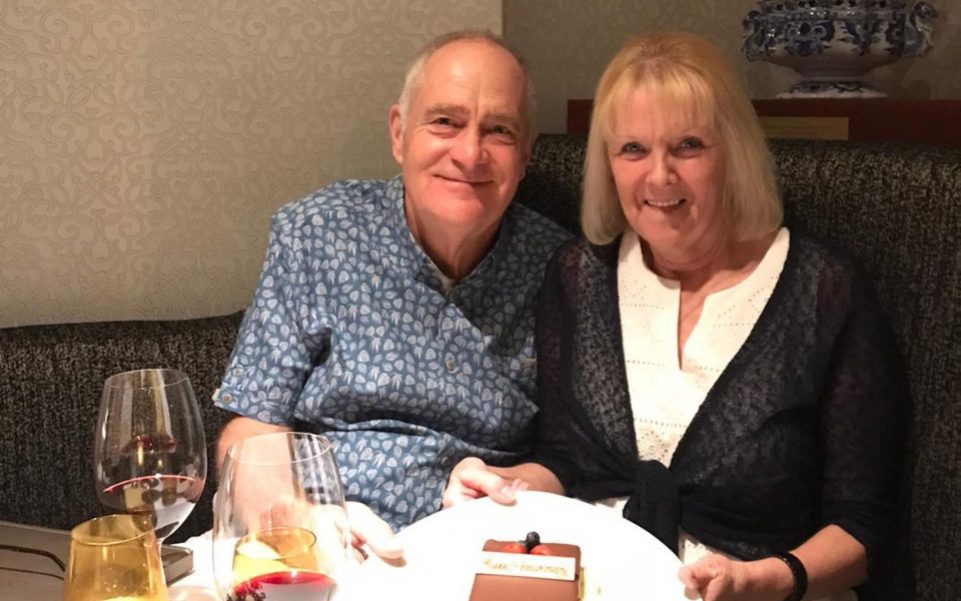 British travellers on a cruise liner where more than 130 people are suffering from coronavirus symptoms were on Saturday waiting anxiously to be evacuated to another ship.

The Zaandam, where it has emerged four passengers have died from suspected COVID-19 in the past few days, was barred from sailing through the Panama Canal on Friday.

Around 1,240 passengers have been locked-down in their cabins since last Sunday with the ship sitting off the Pacific coast of Panama, because canal authorities say it cannot transit the waterway for health reasons.

Dozens of British passengers on board have now been told they may be transferred to another Holland America Line ship, the Rotterdam, in the hope they can travel on to Florida before returning home.

But families of those stranded on the Zaandam say their loved ones are growing increasingly concerned about the prospect of being stuck on the ship, as passengers have been told only those not showing symptoms of COVID-19 will be allowed to transfer ships.

Neil Bedford, whose parents Chris, 65, and Kim, 62, are in isolation in their cabin on the Zaandam, told The Telegraph: “I’m really worried. My mum doesn’t want to let on how she really feels, but she is very sombre about what’s happening.

“They are both well and have been fully isolated for six days, so I hope they will be evacuated onto the Rotterdam soon. But the entire operation to get the passengers off the Zaandam could take three days.”

The cruise company did not reveal the cause of death of the four, but revealed in a post on its Facebook page that more than 130 people aboard the Zaandam had reported flu-like symptoms.

It said: “Holland America Line can confirm that four older guests have passed away on Zaandam. Our thoughts and prayers are with their families and we are doing everything we can to support them during this difficult time.”

Medical supplies were being transferred to the Zaandam from the Rotterdam on Friday and Saturday for those passengers expected to remain on board.

Holland America said: “Priority for the first guests to transfer will be given to those on Zaandam with inside staterooms and who are over 70.”

The Panama Maritime Authority said the bodies of the four passengers would remain on the Zaandam until the liner arrives at its final destination.

The Zaandam, which left Buenos Aires, Argentina, on March 7, was trying to get to Fort Lauderdale, Florida, after being denied permission to dock at its original destination of San Antonio, Chile, a week ago.

On March 22, when a number of passengers began reporting flu-like symptoms, the ship introduced  protective measures, including telling everyone to self-isolate in their cabins and on Thursday, all passengers and crew received masks and instructions on how to use them.

Mr Bedford said his parents, from Bradford, had been enjoying their cruise until the crisis struck.

“They are just growing increasingly concerned with what will happen to them,” he said. “They are becoming terrified of being stuck onboard the ship.”

Kat Laite, a teaching assistant from Kent, whose parents, aged 74 and 69, took the cruise as a joint birthday present to each other, said: “I’m very anxious to hear if any country will let the ship disembark and then we can get them home. At the moment they are resigned to being stuck there for a while.”

Hayley Pillai Johnson, a medical student at Cambridge University in England, said she was worried about her 90-year-old grandfather Sethy Pillai and his wife Hazel, 75.

“We just want them home,” she wrote in a Twitter message. “My grandma has a non-dry cough but no temperature, so has been counted in the ‘symptom category’. My grandpa feels tired and scared but is fine.”

“Holland America needs to get all guests off this cruise, test them and go from there. We are worried sick about them, especially as the route through Panama Canal has not yet been confirmed and neither has the docking at Port Everglades.”