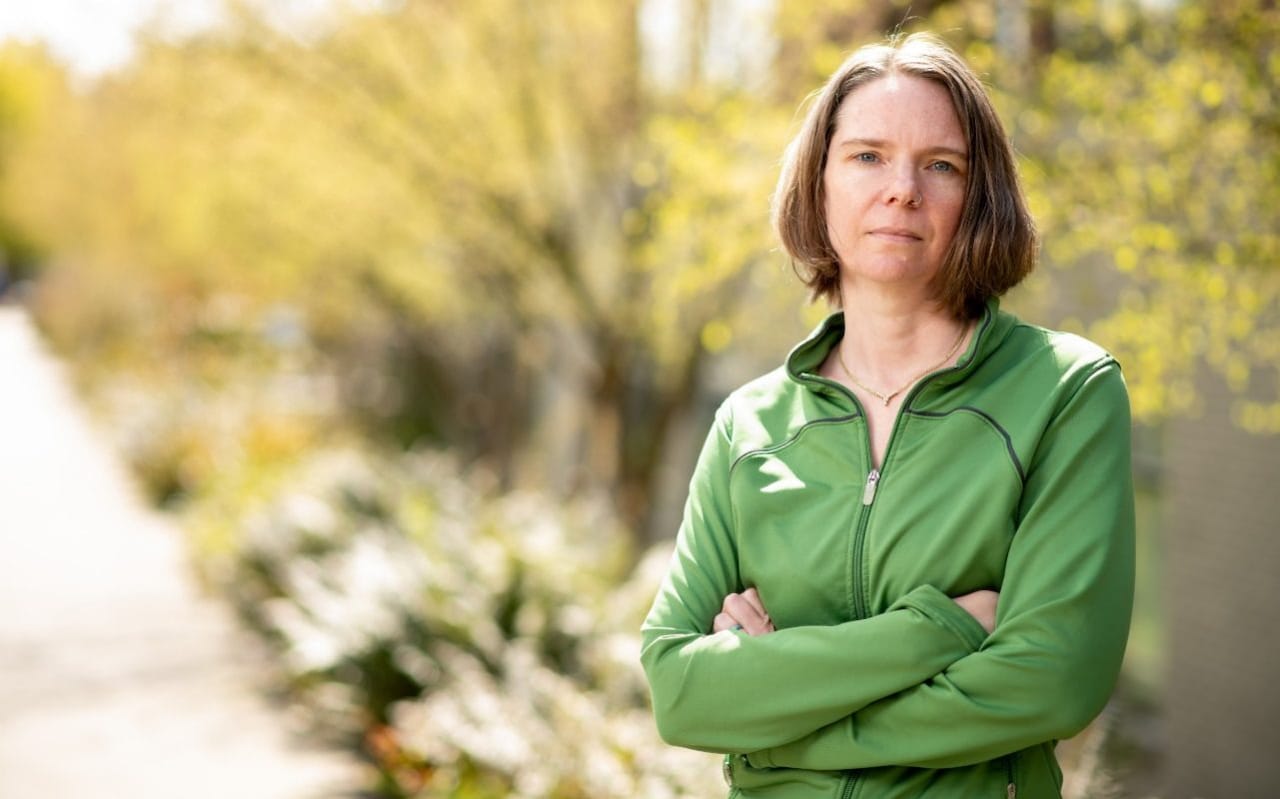 The injection, applied to the left shoulder, lasted only a few seconds. But with it came the hopes of a world locked in a battle with coronavirus and no small amount of personal risk.

Jennifer Haller, a 44-year-old mother of two, did not flinch in the corner of the Seattle laboratory as the man in a face mask and blue gloves made the injection.

She had made up her mind long before the morning in March on which she became the first person in any country to receive a possible vaccine for Covid-19, according to US researchers.

Weeks earlier Ms Haller, an operations manager at a tech start-up, had spotted a call-out for participants in the historic trial on Facebook. She decided to opt in.

“Even at that time we were all feeling so helpless,” she told The Telegraph from her self-isolation in Washington state. “There was nothing I could do to stop this global pandemic. Then I saw this opportunity come up and thought: ‘Well, maybe there is something I can do to contribute.'”

Looking on as things once taken for granted – freedom of movement, the right to work – began to disappear under the shadow of Covid-19, the trial offered something tangible. “It gave me some sense of control,” Ms Haller said. “We’re all so out of control and helpless. This just gave me something that I could hold on to that could be helpful.”

The final yes was not instantaneous, however. As she went through the medical checks needed to get approved for the trial, concerns were raised by her friends and family. Her husband wondered whether it really was safe. The couple had allowed their son to take part in a few medical studies while an infant, but this was different.

The trial, run by Kaiser Permanente Washington Health Research Institute in Seattle, would involve two doses of an experimental vaccine being given 28 days apart, then a year of monitoring.

The vaccine, named mRNA-1273, had been tested on animals and showed promise. This was the first time it would be used on a human.

The trial would not actually involve injecting any part of Covid-19 itself, a point Ms Haller used to reassure her concerned loved ones. But that did not guarantee a smooth ride.

The 45 pages of disclaimers given beforehand spelt out the uncertainties, not least that participants could be more vulnerable to catching coronavirus afterwards. She signed anyway. “There were a tonne of risks involved. But I’m a real positive person and the benefits of this far outweighed any risks in my mind,” she said.

It is hard to over-exaggerate just how much is riding on this trial, and scores of similar ones now taking place across the world.

Scientists have insisted that the coronavirus pandemic, which has already claimed more than 80,000 lives and infected some 1.5 million people, will be only truly over once a working vaccine is discovered. That could be a year from now, some experts predict, or 18 months. Until then, containment and perhaps some immunity from the spread are the best weapons available.

Ms Haller only discovered she was to be the first person to trial the vaccine at 8am on March 16, when she arrived for the injection and saw the Associated Press had been invited for the launch.

For the next two weeks she was asked to keep a daily log of any symptoms. “The first day I had a slightly elevated temperature,” she said. “The second day my arm was pretty sore. But that was it – everything was alright after that. It was as easy as a regular flu shot.”

Less simple to handle, ironically, has been the wave of attention that has fallen on her, reflecting the global eagerness for a chink of light in such dark times. The TV interviews were fine. It was the deluge of messages of support and encouragement from members of the public that left her more stumped.

More than a thousand of them have come in on Facebook and Instagram. “We’re praying for you,” “we need a vaccine,” “thank you for putting your life on the line”.

“That has been overwhelming and humbling,” Ms Haller said. “And actually, for a while, it was difficult to know what to do with all that attention, the positivity that was coming at me.”

Her children – 16-year-old son Hayden and 13-year-old daughter Ellison – had no such qualms. “They thought it was pretty cool,” Ms Haller said. “They would report back to me how many TikTok views I would have and what’s on Reddit. They think it’s hilarious.”

Her efforts have even not gone unnoticed by the US President, or at least those close to him. There has been no message from Donald Trump, Ms Haller said, but a more on-brand nod to her involvement.

Footage of her taking the injection has featured in a new 30-second campaign advert touting his leadership during the crisis. She admitted, diplomatically, to being “taken aback”.

Ms Haller’s involvement, and that of the trial’s other 44 adults taking part, is only just beginning. Her second dose is due next week. Monitoring will not end until Spring 2021. She remains confident that a successful vaccine will emerge, whether from her trial or the ones pushing forward in other corners of the world.

“Whenever we get to the vaccine, whatever it ends up being, I will be proud to have been part of the process,” she said.

As for any praise, she says it is the “hundreds of thousands” of people putting their lives on the line by carrying on with their jobs – healthcare workers, store employees, farmers and janitors – who really deserve it.

“That humility is genuine,” she said. “This is one thing I can do, and I’m happy to do it. I’m not saving the world.” Others may disagree.