Former health minister Lord Darzi back on the NHS frontline 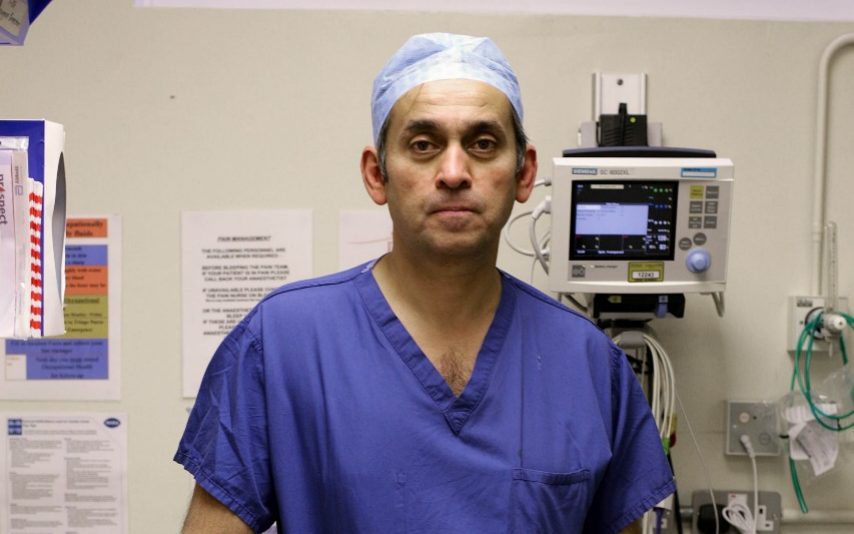 Lord Darzi, the eminent surgeon and former health minister, has joined doctors on the coronavirus front line, after taking part in online training to prepare for the switch to working on an intensive care unit (ICU).

The 59-year-old described carrying out tasks from emptying bins to rolling eight patients a day onto their fronts to help increase their oxygen levels – a new skill for the peer despite three decades in medicine.

He is now in talks with a tech company about turning the online training he used into an  “interactive virtual reality programme” that could be used by clinicians across the world who need to “re-skill” to help the sickest Covid-19 patients.

Lord Darzi, who holds the Paul Hamlyn chair of surgery at Imperial College, London, began work at the ICU at Imperial College NHS trust’s St Mary’s Hospital, on Tuesday. He wanted to “set an example” to other medics amid “a lot of fear” about treating Covid-19 patients.

He is also a member of the NHS England board. The peer, who was a Labour health minister between 2007 and 2009, carried out what he describes as “comprehensive online training” during a two-week spell isolated at home last month after his son, Freddie, and daughter, Nina, both in their 20s, developed coronavirus symptoms.

“We’re in a national health emergency and I wanted to help both patients and my colleagues,” Lord Darzi said. “There is a lot of fear about treating Covid-19 patients, and I wanted to set an example by working in ICU myself, though I am a surgeon by training.

“My critical care colleagues pointed me to some comprehensive online training, which was incredibly useful..”

The move is not the first time that Lord Darzi has volunteered himself in an emergency. In 2007, the surgeon, who was knighted in 2002 for services to medicine and surgery, performed CPR on Lord Brennan, a 65-year-old Labour peer who collapsed after attacking a government bill in the House of Lords. He  used a defibrillator to shock Lord Brennan’s heart, helping to save his life.

“As I was shocking him I saw the Archbishop of York doing his prayers,” he said afterwards. Despite his vast clinical experience, Lord Darzi approached his first day on an ICU with “a certain amount of trepidation”. But “it feels good to be able to help”, he said. The work itself is “a very different clinical experience for me”.

“My usual tool is the scalpel, which obviously isn’t needed in this situation.

“A new skill I’ve learned is proning a patient—rolling the patient onto their front every 12 hours—which is done so that the fluid that gathers in the back of the lungs is spread more evenly, helping the oxygen to get through.

“It’s really tricky, as you have to ensure that the breathing tubes and various arterial and venous lines aren’t dislodged. On my first day, I turned eight patients.” His surgical skills have, he said, come in handy in surprising ways.

“The next day, when I arrived, I asked the nurses if there was anything I could do to help, and was asked to empty the bins,” he said. He joked: “Carefully tying the knot on the bags was the first time my surgical skills were of use.”

He added that the experience had been “a great leveller in the hospital”, at which he is an honorary consultant surgeon.

“It’s all hands on deck,” he said, adding that the nurses at the hospital are his “heroes”.

Lord Darzi said that difficulties about the availability of personal protective equipment at St Mary’s had “been resolved” by the time he joined the ICU.

“It feels like the NHS is rising to the moment.”