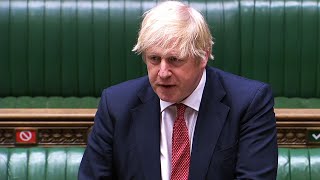 On Sunday, before Mr Johnson gave his 7pm televised address to the nation, Ms Sturgeon condemned ditching the slogan that has brought the UK to an effective standstill since March 23.

Revealing that she had not been informed about the change, she insisted the original guidance would remain in force in Scotland. Her Welsh and Northern Irish counterparts, Mr Drakeford and Arlene Foster, also indicated they would keep telling people to stay at home.

Ms Sturgeon said the new catchphrase was “vague and imprecise” and added: “I don’t know what ‘Stay Alert’ means.”

She warned that “people will die unnecessarily” if the progress made against coronavirus is “squandered” by “easing up too soon or by sending mixed messages that result in people thinking it is OK to ease up now”.

One of the Government’s advisers, behavioural expert Professor Susan Michie, joined the criticism, saying the shift risked “undermining the good work over the last few weeks”.

In the face of the backlash, Mr Johnson posted a fuller version spelling out that people are still being urged to “stay at home where possible” and “stay alert” when they do go out.

On Monday, Ian Blackford, the leader of the SNP in the Commons, questioned why Scotland had learned about the new “Stay Alert” message from The Telegraph.

Mr Johnson insisted it was a “valid piece of advice – indeed, so is stay at home if you can”.

Liz Saville Roberts, the Plaid Cymru leader, said there was “now a three nation approach” and asked Mr Johnson to confirm that he is acting as the Prime Minister of England.