Front line Lewisham… but who gets the ventilator? 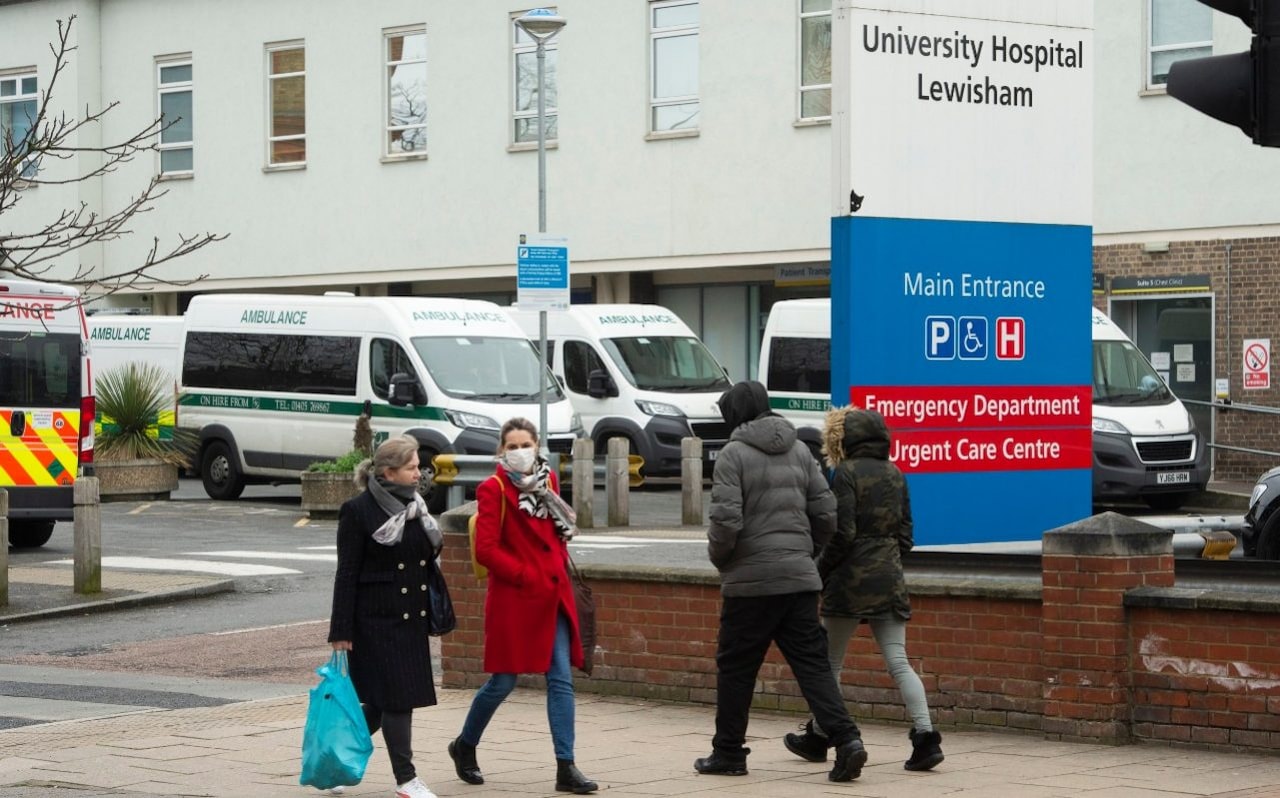 All five patients being reviewed for potential admission to the intensive care unit – with its precious ventilators – are experiencing difficulty breathing.

Having failed to fight off Covid-19 naturally, their immune systems are now beginning to overreact, heralding the possibility of dangerous respiratory complications such as pneumonia, which, if they can’t be controlled, could lead to multiple organ failure.

According to one eyewitness, however, on that occasion only one patient was selected.

It is not known the basis for the decision at Lewisham and Greenwich NHS Trust, and bosses insist that all Covid-19 patients who required a ventilator and intensive care have received it.

But such are the harrowing decisions now allegedly being faced by the staff as coronavirus spreads around the capital.

In common with others across London, what, only a handful of days ago was a normal acute trust, is increasingly resembling into a field hospital in the war against the disease

“Very, very difficult choices are having to be made,” said one clinician, a veteran of many NHS winter crises.

“Sometimes five new people are being intubated every 12 hours, but not all Covid patients are getting access.

The management strongly disputes that patients with Covid-19 have so far been denied access to ventilators.

This view from the front line comes in the week NHS leaders revealed they are embarked in a frantic drive to boost their capacity of the life-preserving kits – currently at 8,175 – by nearly 50 per cent.

Despite this “war footing effort”, as Boris Johnson phrased it, on Tuesday NHS England chief executive Sir Simon Stevens stopped short of guaranteeing the extra machines would be sufficient to cope with a surge of cases.

“It’s got so bad that we’ve had to ship Covid patients out to other trusts.”

“The A&E department is increasingly resembling a Covid waiting room, so patients with normal emergency problems are being sent to minor injuries.”

The problem is not just an apparent lack of space.

Boris Johnson’s announcement on Monday that anyone living with a person displaying symptoms of Covid-19 should self-isolate for 14 days is having a dramatic impact on staff numbers.

“The moment the announcement was made we started losing more people – they just went home,” said the clinician.

“That’s why the fact that we can’t get tested for the disease is so devastating, because we’ve got doctors and nurses who are totally fit and well sitting at home where they can’t help anyone.”

Those Covid-19 patients not immediately selected for intensive care treatment are sent to other hastily erected isolation zones within the Lewisham and Woolwich hospitals that comprise the trust, where medics try to control their symptoms using drugs and simple oxygen masks.

The pattern allegedly starting to emerge in South East London was chillingly presaged last week, when the Intensive Care Society revealed it was drawing up new guidelines giving doctors greater flexibility to ration lifesaving care to those with the best chance of survival.

This was amplified on Tuesday by the medical director for NHS England, Professor Stephen Powis, who indicated that he would be prepared to issue new guidance to doctors giving them extra cover in crisis situations such as being suffered in Northern Italy.

As if the responsibility of making these potentially life and death decisions were not a heavy enough burden, the staff at Lewisham and Greenwich say they are fighting coronavirus without appropriate protection from Covid-19.

“We don’t feel protected at all,” the clinician said.

“Lots and lots of staff don’t have access to the proper FFP3 face masks that are actually fitted, we feel extremely vulnerable and rotas are being hit with people coming down with symptoms.”

The experience was echoed yesterday by one of the most senior doctors in the capital, the London director of major trauma, Professor Karin Brohi.

“Not a single one of us working in the NHS isn’t a bit scared to go to work,” he said.

Although many doctors and nurses at Greenwich and Lewisham are deeply worried about their own safety and their capacity to cope with the tide of patients, some were yesterday trying to stay up-beat.

Annie Anderson, a critical care sister posted a picture of staff in protective gear, saying: “This is today’s team this morning just before they entered the isolation zone.

“These guys are so amazing and I am so lucky to be part of such an amazing team.

“This is real. It’s happening. We don’t know what the next few months will bring but we know we are the best people for the job.”

Others staff were keen to promote the government’s social distancing strategy – for delaying the peak of cases and allowing the NHS to cope.

They tweeted pictures of themselves holding cards reading: “I stayed at work for you. Please stay at home for me!”

The stress of adapting hospitals from their day-to-day roles to a pandemic crisis centre is not only taking its toll on clinical staff.

It is understood that more than one manager at Lewisham and Greenwich has called in sick with stress in recent days.

“The situation is placing extraordinary demands on people,” the staff member said.

On Thursday night, the nation’s medical leaders began to acknowledge the pressure faced by London.

Professor Chirs Whitty, the Chief Medical Officer, told reporters: “At the moment London from the coronavirus is under pressure but indirectly, but that’s going to go up,” he said.

“The first thing that will get under the greatest pressure will be intensive care and respiratory care system, that’s the first point of real pressure on the NHS that’s going to be happen.”

“And to be clear: even if everybody does all the things we hope and really, really would ask that they will do, the numbers will continue to go up over the next two weeks because there’s a lag until things start to improve.”

A spokesman for Lewisham and Greenwich NHS Trust told The Telegraph that Covid-19 patients who required a ventilator and intensive care had received it.