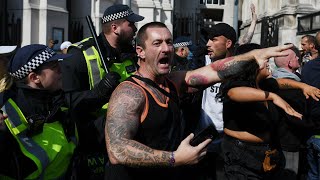 Governments should pay people to get a coronavirus vaccine in order to achieve herd immunity, an Oxford University scientist has said.

Professor Julian Savulescu said that in order to stamp out Covid more than 80 per cent of the population will need to get a jab when it becomes available.

If voluntary schemes do not work, people could be offered a financial incentive or “payment in kind”, such as being allowed to forego the need to wear a face mask in public, he suggested.

Writing in the Journal of Medical Ethics, Prof Savulescu said that in general vaccination should be voluntary, but there was a strong case for making any vaccination mandatory if four conditions were met – a grave threat to public health; the vaccine is safe and effective; the pros outweigh the cons of any suitable alternative and the level of coercion is proportionate.

There are examples of coercion for the public good, and mandatory vaccination policies are already in place in different parts of the world, he added.

But there are ethical issues if a mandatory approach were to be adopted, so if voluntary vaccination proves insufficient, incentivisation should be considered to address these issues while boosting vaccination uptake, said Prof Savulescu.