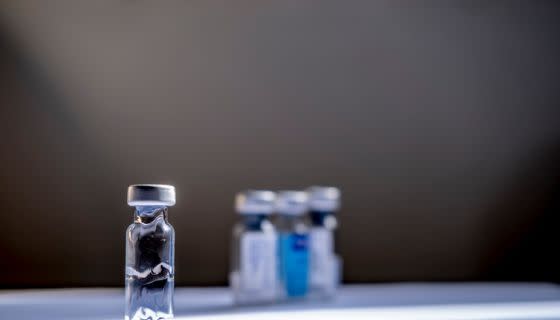 Life is slowly returning back to normal as states across the U.S. begin to lift COVID-19 restrictions due to declining cases across the country.

According to the COVID-19 Data Tracker, as of Mar.1, the seven-day moving average of daily new cases plummeted to 30,040. That’s a 16.6 percent decrease compared to the previous seven-day average reported earlier this month at 36,010. The news certainly has given Americans a glimmer of hope amid the global crisis, but unfortunately, the pandemic is far from over. Health officials fear that another COVID-19 surge could be on the rise in the U.S., due to the highly transmissible BA.2 variant, a strain closely related to the Omicron BA.1 variant, which is reportedly 30 percent more contagious, according to the World Health Organization.

As MADAMENOIRE previously reported, the newly discovered virus, which has also been dubbed the “Stealth Omicron,” has already begun infecting people in 74 countries and 47 U.S. states. The strain also appears to be somewhat resistant to the vaccine and other COVID-19 treatment measures such as “Sotrovimab,” a special intravenous drug made up of unique blood cells that have been used to treat mild to severe COVID cases in adults and pediatric patients. Health officials have referred to the virus as “stealth” because of the strain’s complex genetic mutation that makes it harder to distinguish from the Delta variant using a PCR test.

BA.2 cases are on the rise with “about a quarter (23.1%)” of new cases reported during the week ending Mar. 12, according to USA Today. That’s a 14.2 percent increase since Mar. 5. In states like New York and New Jersey, the BA.2 variant made up 39 percent of cases during the week of Mar. 12. Along the northwest, BA.2 accounted for 38.6 percent of cases, in Connecticut, Maine, Massachusetts, New Hampshire, Rhode Island, and Vermont.

While fears of a Stealth Omicron surge may certainly appear gloomy, researchers and health experts say that the vaccine coupled with a third booster shot will provide great protection against severe hospitalization or illness from the new strain. Studies also show that the variant appears to be “intrinsically less severe” than other strains, causing less damage to the lungs. However, it’s important to remain vigilant and to follow COVID-19 protocols. Breakthrough cases of COVID-19 in people who are vaccinated could still lead to harsh symptoms for those who become infected, and the virus is still transmissible, leaving those who aren’t vaccinated at risk. Currently, children under the age of 5 remain ineligible for the COVID-19 vaccine and a great deal of Americans have yet to receive their booster shot for greater protection against emerging variants. According to the CDC, only 44.5 percent of Americans have received their booster shot. Additionally, only 76.7 percent of the population have received one dose of the vaccine.

RELATED CONTENT: Pfizer Is Developing A Vaccine To Protect Against The Omicron Variant