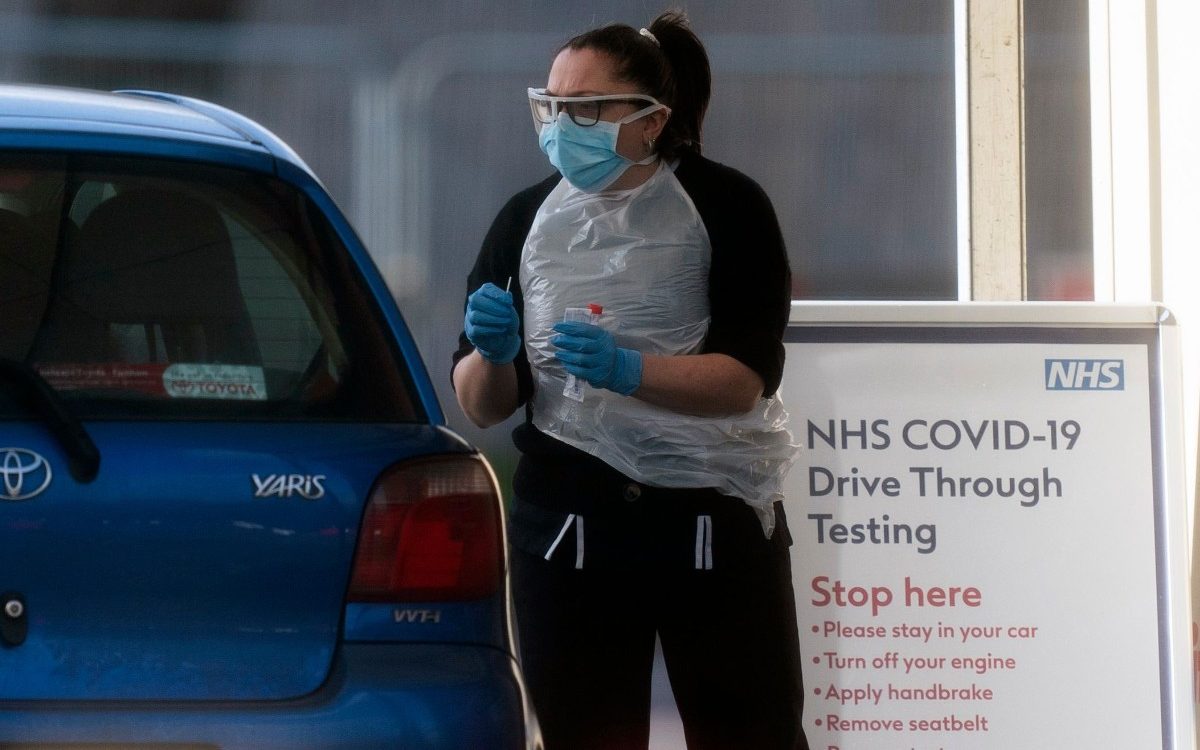 The instructions from the World Health Organisation were clear.

But while nations including Germany and South Korea have already tested hundreds of thousands of their citizens, Britain is lagging far behind with the number of tests actually decreasing on Tuesday to 8,240.

As ministers face growing questions over the failure to ramp up testing, The Telegraph can disclose that officials have repeatedly ignored offers of help from many of the country’s leading scientific institutions.

Meanwhile, senior health sources warned that the moment for this country to launch a successful mass community testing programme may already have been lost.

Professor Matthew Freeman, head of Oxford University’s Dunn School of Pathology, one of the country’s leading disease research institutions, revealed that his repeated offers to provide dozens of specialised machines and expert staff had been largely ignored by health officials.

He said the department had 119 of the crucial PCR machines used to identify tell-tale genetic signs of coronavirus, but only one had been requisitioned for use.

Hundreds of specialist workers and trained graduate students were on standby to help ramp up testing, he added, but despite initial signs of enthusiasm he had heard nothing more from Public Health England.

“We’re clearly not doing as well as we could be doing as a nation when it comes to testing, and therefore people like us feel a bit frustrated,” he said.

“I’m not trying to be too critical here – I’m just struggling to understand it. We have a very large workforce of people experienced in antibody testing who would be very keen to be involved.

“When they sent round a request a couple of weeks ago to supply the PCR machines there was a very specific model they wanted. Of our machines there was only one of that type, and the army came and collected it and took it off to Milton Keynes.

“But we have another 118 machines that can broadly do the same job, but they don’t appear to be part of PHE’s plans. Not all are oven ready, but a proportion are. They could be adapted easily – it’s a totally routine lab technique.

“About two weeks ago one of my colleagues spent two days trying to be a bit irritating and chasing PHE up to offer our help. There was a lot of general enthusiasm – they said, ‘Oh that’s great and we’re really happy that you want to help’. And then nothing really came of it. That’s been the same for many institutions across the country. I can’t really understand why.”

At the Francis Crick Institute, one of the world’s leading biomedical research centres based in London, insiders told a similar story.

The institute has supplied five PCR machines to PHE labs so far, but is understood to have dozens more inside its labs. A spokesman added that no firm word had yet been received from PHE as to whether any further machines or expertise would be required.

“We have hundreds of scientists with different areas of expertise ready and willing to step in to help support the national drive to tackle the outbreak,” the spokesman told The Telegraph.

“We were approached by Public Health England for support with their testing programme, and have already sent 5 PCR machines to support it. We are supportive their work at this really difficult time, are ready and enthusiastic to help with the testing programme, and recognise that setting it up and then scaling it can’t be done overnight.”

Other institutions across the country are understood to have had similar offers of help rejected by Public Health England.

Ministers are acutely aware that Britain’s failure to carry out more tests has become the weak leak in the response to the pandemic, and are desperate to ramp up mass testing.

Boris Johnson set a deadline of mid-April for testing to increase to 25,000 per day, only for Public Health England to say it could be the end of April before that target is reached – which will still be barely a third of Germany’s current capacity.

There is also growing anger at the NHS’s failure to take advantage of spare capacity in the system to test its own staff so that those who are self-isolating as a precaution can get back to work if they are virus-free.

Britain can now carry out 12,700 tests per day, but only 8,240 tests were done in the 24 hours to Tuesday morning, meaning opportunities were missed to test up to 4,460 doctors, nurses and medical staff.

The figure for “wasted” testing opportunities was more than 1,000 more than the previous day.

With up to a quarter of staff ill or self-isolating at some hospitals, Matt Hancock, the Health Secretary, made clear his frustration in a conference call with NHS and PHE bosses on Tuesday.

A rule that 85 per cent of tests had to be reserved for patients was scrapped on Tuesday by Mr Hancock, who told hospitals there was now no limit on the number of tests they could carry out on staff. “He thinks any spare capacity is unacceptable and doesn’t want any tests to go to waste,” a source close to the health secretary said on Tuesday night.

Senior health sources, however, told The Telegraph that the Government’s controversial strategy in the early stages of the pandemic may mean that Britain has already “missed the boat” on mass testing.

Initially the Government’s Chief Medical Officer, Chris Whitty, and Patrick Vallance, the Chief Scientific Adviser, decided with the agreement of senior ministers the disease should be mitigated rather than suppressed, sources explained.

It was agreed that under the much-maligned ‘herd immunity’ approach, widespread testing would not be required given around 60 per cent of the population was expected to catch the disease anyway. Instead, priority was given to protecting the vulnerable and ensuring the NHS did not become overwhelmed by building up intensive care capacity, and procuring ventilators to keep patients alive.

That meant laboratory capacity was not ramped up, and there was no drive to order the crucial components needed to produce thousands of testing kits. On March 12 it was decided to halt community contact tracing, and to focus testing on hospital patients instead.

Meanwhile, other countries took a different path, and began buying up large stocks of kit for mass-community testing. In Germany and South Korea, officials quickly mobilised a vast network of laboratories to start producing tests in huge numbers.

Around two weeks ago, Britain’s strategy switched after Imperial College modellers warned that leaving the disease to spread largely unchallenged could result in 250,000 deaths.

But by this time test kits were in short supply and laboratories had not been readied for action. Initially only a single Government lab, PHE’s main facility at Colindale, was charged with processing tests, with 11 more added later, along with 29 laboratory networks run by NHS Trusts.

At that early stage, thousands of swabs sent to PHE by GPs who suspected their patients had contracted the disease were destroyed before they were analysed because they did not meet strict criteria, sources revealed.

“If they had looked at those swabs earlier instead of throwing them away, we could have got a handle on this thing much earlier,” one GP told The Telegraph.

When it became clear that the herd immunity strategy risked disaster, the strategy changed and ministers and public health officials began prioritising testing amid widespread criticism.

But the about-turn may have come too late. Laboratories are now struggling to buy in key chemicals needed to produce the testing kits, with reports that NHS Trusts have been forced to “home brew” their own. One order of so-called “primers and probes” from a firm based in Luxembourg was even discovered to itself be contaminated with coronavirus, leading to a delay in production.

“The prime minister and the health secretary are working with companies worldwide to ensure that we get the material we need to increase tests of all kinds,” he said.

The Government still hopes to have millions of antibody tests to determine whether someone has ever contracted the disease available in the coming weeks.

Meanwhile, other nations have ramped up their testing programmes with Germany now expecting to test up to half a million people every week.

As the pressure grows, PHE is understood to still believe that a centralised testing system will produce better, more reliable results. There are also understood to be concerns around biosafety if thousands of samples are exchanged between smaller laboratories across the country.

Officials now plan to launch “supercentres” to process the tests on a larger scale, in partnership with the private sector. A test centre for NHS workers opened on Tuesday in the car park of an Ikea store in Wembley, north-west London.

A Public Health England spokesman said: “COVID-19 only started to emerge at the beginning of the year and since then, PHE has managed to rapidly develop, validate and deliver an accurate test. PHE has since expanded to 12 other testing sites in England and supported the NHS to start testing at greater capacity in their labs.

“This is the fastest deployment of a novel test to PHE and NHS labs in recent history, including in the Swine flu pandemic in 2009.”