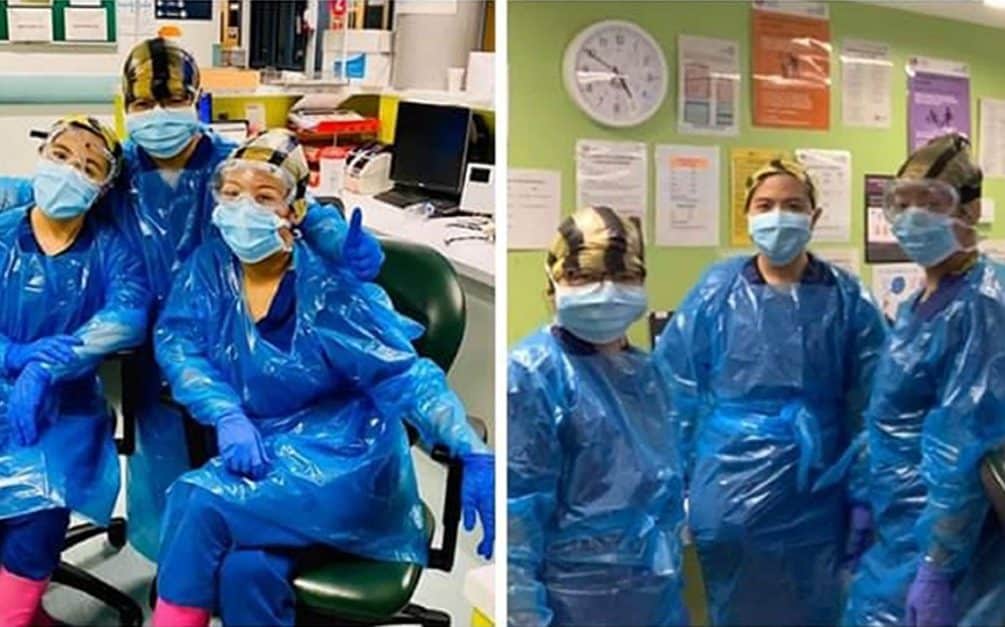 At least three major NHS trusts have now taken matters into their own hands, after health chiefs repeatedly defended the official guidelines.

National rules currently mandate full PPE, including eye visor and long-sleeve apron, during only a limited number of procedures when the virus is most likely to be aerosolised, such as fitting patients on to ventilators.

Doctors and nurses have complained the guidance is less stringent than that issued by the World Health Organisation (WHO) and reduces them to “cannon fodder” in the fight against Covid-19.

They also say that treating infected patients in basic scrubs risks spreading the virus around hospitals and even infecting people in the community on their way home.

Public Health England is currently undertaking an emergency review, which sources have told The Telegraph will tighten the rules, moving from a “procedure-based” approach to a “place-based” regime.

But in the face of growing staff unease, several hospital bosses have been unwilling to wait.

New guidance issued last week by University Hospitals of Leicester stated: “Whenever you enter a clinical area you should wear a face mask,” according to Health Service Journal.

“The two trusts have effectively been held to ransom by the medical staff… who have been refusing to see patients because they don’t feel safe / agree with [Public Health England] guidance,” a source told the publication.

Meanwhile on Friday, Guy’s and St Thomas’s Foundation Trust in London emailed staff saying: “All patient-facing encounters irrespective of covid-19 status, which involve being less than 2 [metres] distance from a patient”.

“This also includes any staff working in a clinical area within 2m of a patient, eg food services and cleaning teams.”

The government has repeatedly said that the NHS has enough PPE and that any shortages are as a result of logistical problems.

However, a consultant at Cambridge University Hospitals, who warned of “growing unease” among junior doctors at the situation, told The Telegraph: “The government are treating us like morons.

“It’s clear they downgraded the guidance to mask the fact that there isn’t enough PPE”.

In an HSJ survey, chief executives named PPE as one of their top two concerns, with one saying they faced “a near revolt amongst my clinical staff about the national guidance on use of surgical masks for non-aerosol generating work”.

Chris Hopson, chief executive of NHS Providers, which speaks for hospital bosses, said: ““It is trusts’ absolute priority to ensure frontline staff have the equipment they need to feel safe as they treat and care for patients.

“The pressures of COVID-19 have led to an unprecedented surge in demand for PPE.”