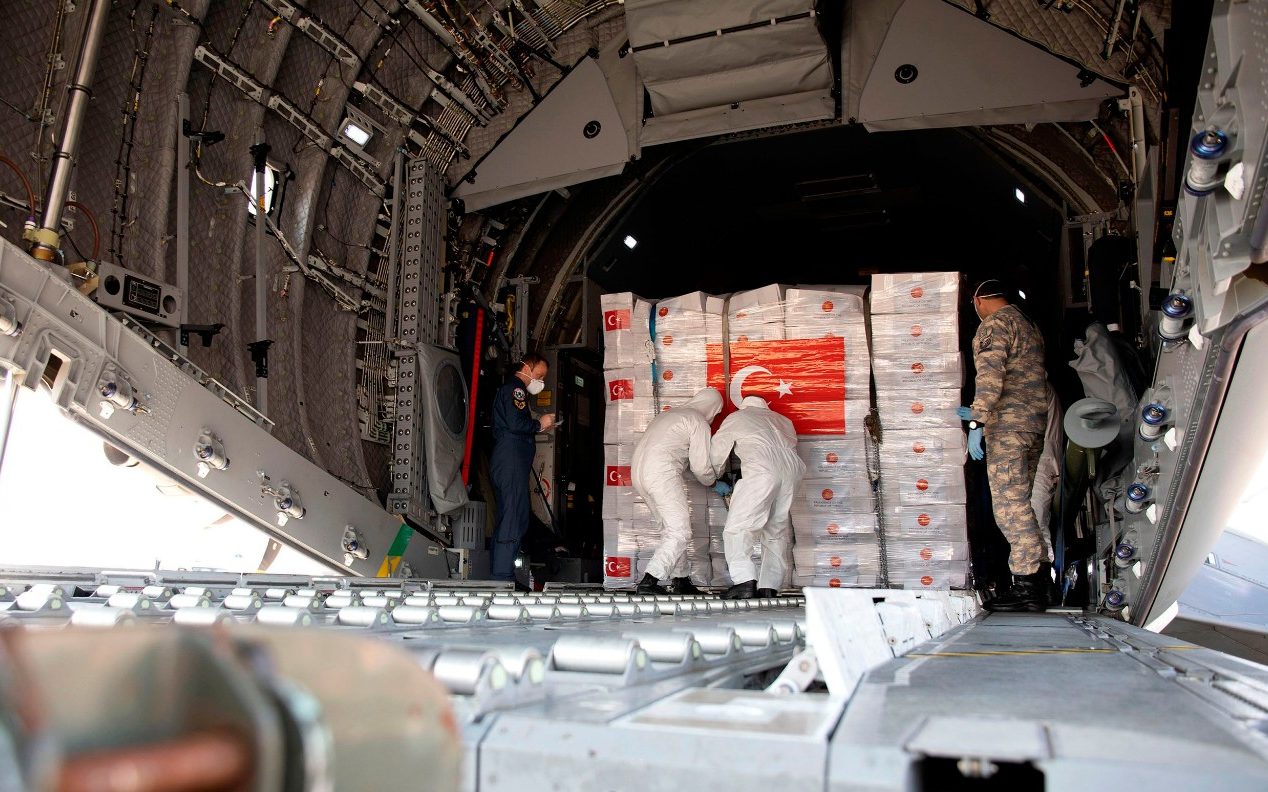 In hospitals across the country, doctors and nurses are facing an agonising dilemma. Do they continue to treat coronavirus patients without adequate personal protective equipment (PPE), risking their own lives and potentially spreading the virus further, or do they refuse?

In some hospitals, doctors are reporting that up to 50 per cent of consultants and nurses have tested positive for coronavirus, with some staff threatening to resign if they continue to be placed in danger.

The chief executive of NHS Providers, which distributes equipment, has warned that some trusts are facing “critically low levels” of gowns and voiced concerns that PPE may run out entirely at some point.

At least 19 NHS staff have caught coronavirus and died since the outbreak began, and the Royal College of Nursing (RCN) has even advised members that they can refuse to treat patients if they are not given the correct equipment.

But how did it come to this? Why have doctors and nurses been left on the battlefield without armour?

The answer lies in how the Government planned for the pandemic. After the Civil Contingencies Act was passed in 2004, the first UK influenza pandemic contingency plan was published in October 2005, setting out how Britain would handle a mass infection event. Although it suggested stockpiling antivirals, it made no mention of PPE.

The follow up-document, a national framework for responding to an influenza pandemic, was published in 2007 and, for the first time, included guidance that PPE should be provided for health workers.

But, crucially, it set out that emergency stockpiles would only be triggered in the event of the World Health Organisation (WHO) declaring a pandemic, and that rule has remained in place ever since.

The Government keeps mass stocks of PPE at depots around the country, but Dr Tedros Adhanom Ghebreyesus, the WHO director general, did not declare a pandemic until March 11, meaning hospitals could not touch the supplies until then.

Government reports also warned that it would take seven to 10 days for the UK-wide distribution of centrally held stocks and said organisations should prepare to rely initially on local supplies.

When the coronavirus epidemic began, some hospitals had virtually no PPE supplies – so by the time the first emergency stockpiled equipment began arriving, many had run out entirely at exactly the time case numbers were soaring.

Yet there was little excuse for being so ill-prepared. In 2009, the Government was given a chance to test its pandemic strategy with the outbreak of the H1N1 swine flu. The crisis turned out to be relatively mild in Britain, killing 457 people over an eight-month period and leaving health experts believing that they could handle a pandemic with their existing strategy.

However, in a review of the response, Dame Deirdre Hind, the chair of the Commission for Health Improvement and former Chief Medical Officer for Wales, warned that the UK could one day face a far more severe outbreak.

“The danger of another, more severe, pandemic has not gone away,” she concluded. “The governments of the UK must avoid complacency and use this opportunity to learn lessons and make improvements for a future in which resources will be tight.”

By the time the UK influenza pandemic preparedness strategy was published in 2011, the Government had stockpiles of face masks and respirators for health and social care workers in place. However, at this point it was agreed that there would be no stockpiling of PPE outside the NHS – a situation that has remained until today and is now causing major problems.

The pandemic stockpile was only designed to supply 226 NHS trusts, not the 58,000 other health and social care providers that desperately need equipment in order to keep people safe. To make matters worse, Public Health England (PHE) has since confirmed that gowns were never included in the national pandemic stockpile of PPE equipment, but said they would be in future.

The potentially catastrophic under-preparedness was also laid bare in a three-day dry run for a pandemic, carried out in October 2016 and codenamed Exercise Cygnus, to test how NHS hospitals would cope. It showed that the health service would be quickly overwhelmed by a severe outbreak amid a shortage of critical care beds, morgue capacity and PPE.

Insiders have told The Telegraph that although projected shortages of PPE were known, they were not addressed with bulk purchase because of cash constraints and worries that equipment would become outdated or obsolete if left in storage.

Instead, work was done on securing reliable supply chains. Yet those supply chains are now breaking down because of the global nature of the pandemic, something that should arguably have been anticipated.

In recent years, most respiratory viral epidemics, such as Mers and Sars, have begun in East Asia, yet the Government has continued to rely on China for its equipment.

In the updated 2017 NHS England pandemic preparedness report, a number of stockpiles were “established and are held in locations across the country for deployment when needed”.

Yet while many of the stockpiled items were kept in warehouses – described as the “just in case” supply – others were held on “just in time” contracts, meaning they would be ordered when needed. It appears nobody foresaw the problem of such an approach during a global pandemic, when the world would be competing for the same supplies.

Companies producing PPE have seen orders swell 5,000-fold, which has not only caused supply problems but also safety issues, with gowns and masks failing tests because they are being rushed out at such speed.

In the wake of the coronavirus outbreak, many countries have also started restricting exports to keep vital supplies at home, while some manufacturers are hiking prices up to unjustifiable levels.

The NHS says only China can provide the high volume of fluid-repellent gowns required and is sending a plane a day to pick up stocks. But it is finding that boxes are being pulled from aircraft at the last minute or have been mislabelled and are found to contain the wrong equipment.

Stocks ordered weeks ago have still not arrived and Chris Hopson, the chief executive of NHS Providers, said supplies of gowns were running “critically low” at some trusts.

The delay in the WHO declaring a pandemic also prevented the UK from ordering new supplies of PPE to replace its dwindling stocks. Supply problems mean insiders now fear the pandemic reserve stock will run out entirely before new supplies arrive.

The supply problem is so grave that PHE has been forced to approve the use of coveralls in place of gowns and extend expiry dates on equipment.

Last Friday, Matt Hancock, the Health Secretary, launched a new plan to tackle the dangerously low supplies of PPE, with private companies asked to sign up help out.

Current NHS stocks are propped up by donations of 1.2 million goggles, visors and masks from firms such as B&Q. Frontline staff have been asked to reuse visors, and the NHS has turned to 3D printing companies to boost supplies, while a 24-hour hotline has been set up for trusts to order PPE whenever they need it.

A lack of delivery staff amid the pandemic is also causing hold-ups, even when supplies are available. The Unite union says stockpile warehouses run by Unipart – which is contracted on behalf of NHS supply company Supply Chain Coordination Limited (SCCL) to provide general health service equipment – are “struggling to keep up with demand” and staff are “exhausted”.

The Army has since been brought in to help move supplies around the country, and earlier this month the Government ordered an urgent national audit of PPE, body bags, swabs and infection control products.

NHS England’s chief operating officer, Amanda Pritchard, has admitted there have been “some local distribution problems” and NHS Providers has also accepted it needs to establish a more sustainable supply chain and says trusts are operating in a “hand to mouth” situation. The Government is even considering using drones to deliver equipment, test kits and ventilator parts.

Mr Hopson has said it would be vital to “learn lessons” from the PPE crisis, but said it was important to “focus on today’s reality”.

Tragically, for too many NHS staff that reality is a daily dice with death.