How Chris Kamara is raising an ‘unbelieveable’ amount for cancer charity 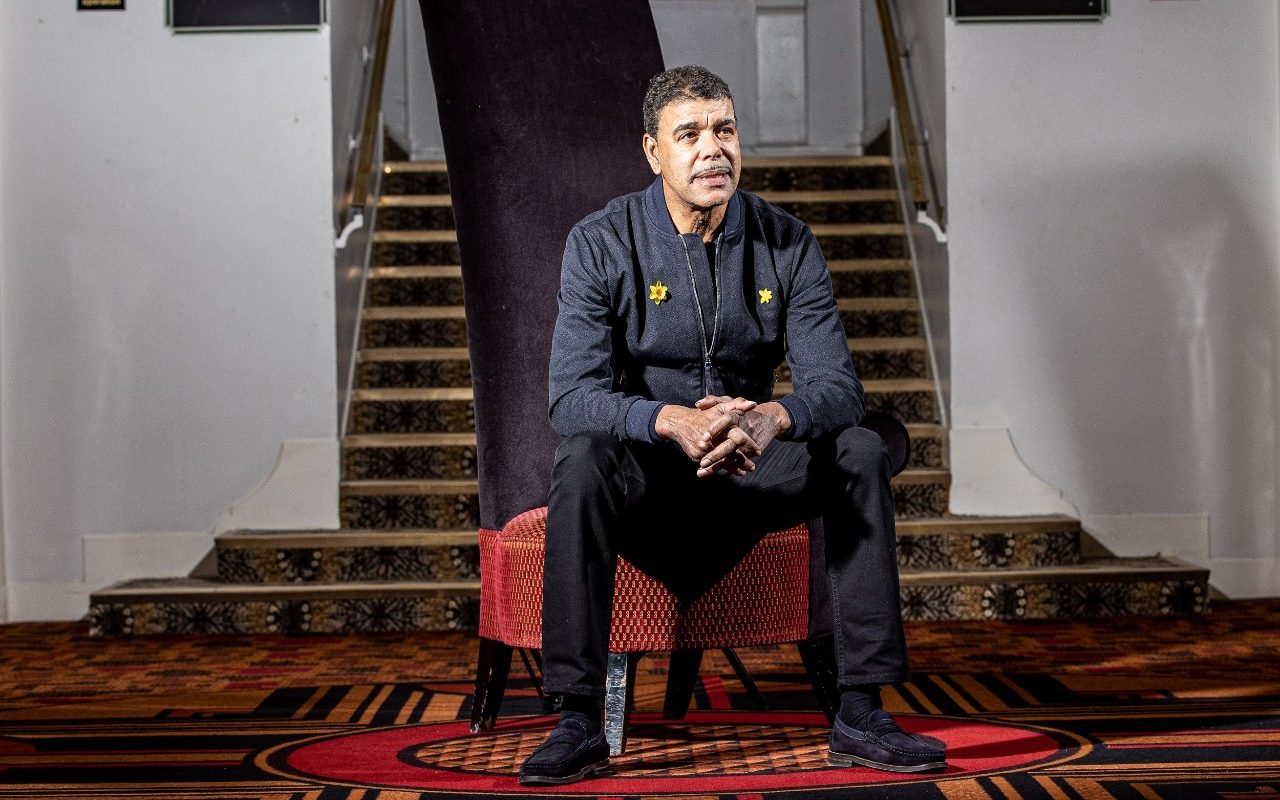 Over the next month we will be seeing a lot of football managers wearing daffodil badges on their lapels. It is part of the annual fund-raising campaign by the Marie Curie charity; last year £6 million was raised in March to fund its work in the care and support of terminally ill people.

But what is unexpected is the identity of the man behind the initiative. Chris Kamara, the reporter exuding an air of vague bemusement as he brings us news from live football matches every Saturday afternoon on Sky, has taken it upon himself to persuade English Football League managers to wear the lapel pin.

“Managers are very prominent people,” the 62-year-old explains in a hotel bar in Leeds, near his home. “So it starts a conversation, gets questions asked. You can see the power of football when lots of campaigns use  it for the bad. Racists can’t get themselves heard, so they use football as their conveyor belt. I just think it’s important to use football in a positive way. And there couldn’t be anything more positive than this.” Because for Kamara, this is personal.

“A Marie Curie nurse looked after my mum when she was  in the terminal stages of breast cancer in 2003,” he recalls. “She was doing her shopping, doing everything, basically being her friend in those final few weeks.”

The nurse was with Mrs Kamara when she died. Chris himself – to his eternal  regret – was not.

“It was a bank holiday weekend, and I was doing Soccer Saturday and then Goals on Sunday. I spoke to my mum on the phone and said: ‘Don’t worry, I’ll come see you Monday.’ Then the producer of Soccer Saturday rang me and asked me to do a game at QPR on the Monday. I was reluctant but he said I’d be doing him a big favour, so I said OK. I rang my mum and said: ‘Don’t worry I’ll see you tomorrow, you’ll be all right.’ Anyway, she wasn’t. She died that day. And  I missed saying goodbye to her. Did  I make the right decision? Of course not; I should have been with her. I’ve beat myself up about it ever since.”

He decided, in his mum’s memory, that he would collect as much money as he could for Marie Curie. So far he has personally raised more than £1m. One of his schemes was  to organise a sponsored climb of Kilimanjaro in 2011, involving representatives and managers from most league clubs, including Brendan Rodgers and Aidy Boothroyd.

“We had a few casualties to altitude sickness, including my son, Jack,” he remembers. “Looking back, I put his life at risk. He fell ill near the top. The porters told him, ‘You’ve got to go down now’. He said he wanted to go all the way. The porters left it to me to make the decision because I was the leader of the group. I said go for it. He walked the last bit asleep. We got to the top, he had a new lease of life for about 15 minutes, then just collapsed. It was really dangerous. The porters had to take him all the way down on a stretcher. Fortunately he was all right. But it was a massive scare.” He pauses for a moment, then grins. “I still haven’t told my wife what happened. She’ll b—– know now I’ve told you.”

And he roars with laughter. This is what Kamara does: he laughs. All the time. His irrepressible good humour is what has made him a figure known far beyond his stints on Soccer Saturday. This autumn, for instance, he is doing a singing tour, 21 dates in sizeable theatres together with a 22-piece orchestra, reprising the bestselling album of croon tunes he released last Christmas. Before that he is on the road with his one-man show, sharing anecdotes and doing an audience Q&A.

And he is certain he will be asked one particular question. About the time when he was covering a game at Portsmouth and missed a sending-off. When Jeff Stelling, Soccer Saturday’s long-time anchor, asked him what had happened, he was a picture of stuttering befuddlement. “I guarantee that will feature at some stage,” he smiles.  “I never get fed up with that.”

The follow-up question, though, should be this: was he really confused or was it all carefully scripted? “I didn’t have a clue,” he smiles. “But it wasn’t all my fault that day. Because of the position they found for me to stand, I genuinely couldn’t see what was going on. You either blag it and lie through your back teeth or you tell the truth. I had to admit I had no idea. All I could hear was laughter from the studio. I got a right b——ing afterwards from the programme director and I thought that was it. Then the texts started coming in. The world loved it. Now it’s had 15 million views on YouTube.”

That moment of comedy made Kamara’s television career. His cackling enthusiasm quickly became contagious. Particularly among students. He soon became aware that every weekend whole groups would gather in student bars to play the Soccer Saturday drinking game, in which, every time Kamara said “unbelievable Jeff” – his catchphrase, shouted at him from a passing white van every day of his life – participants were required to down a pint in one.

“I think I’ve been responsible for a heck of a lot of hangovers among the student population,” he says. “People smile when they see me,” he says. “I think to myself, how did this happen? I’m so lucky. There’s no down side to being me.”

The irony is, however, had he fulfilled his initial ambition he would not be making people smile. Instead, this month he would be wearing a daffodil as a manager. After a playing career – encompassing nine clubs – that is what he set out to become. Following a successful spell at Bradford, he moved to Stoke. But he was soon fired, and took up a job at Sky, initially to tide him over until another managerial job came up. One never did.

“If I had been successful as a manager I wouldn’t have been where  I am today. I’m not happy I failed at Stoke. But I’m glad things turned out as they did,” he says. At which he excuses himself from the interview, explaining he has an appointment with his young grandson.

“I haven’t been on a bus in years, but my grandson is mad on them,” he grins. “And apparently he wants to go on one with grandad. So we’re going from Wakefield to Leeds on the bus. We’ll have a right laugh.”

Of course they will. He is, after all, Chris Kamara.