How NHS doctors turn to WhatsApp to understand the coronavirus 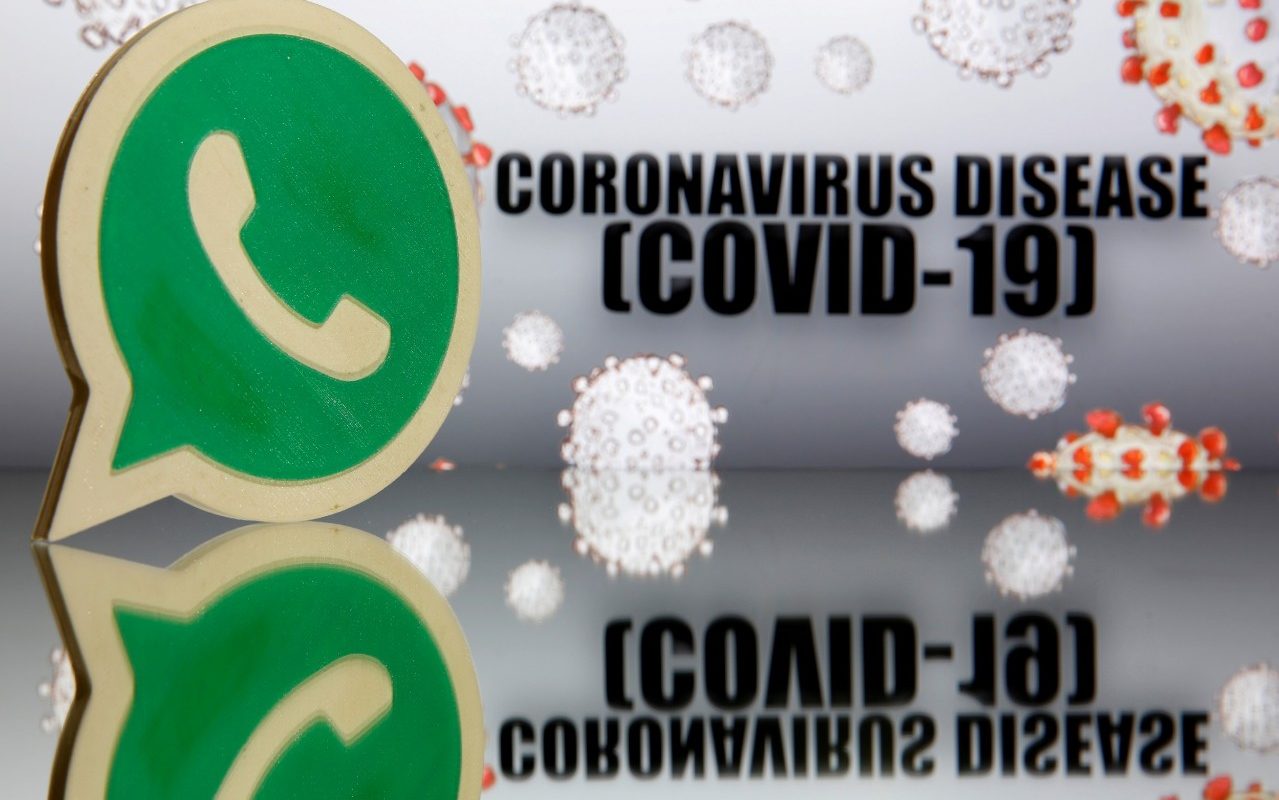 On Friday March 13, three days before the UK government abandoned its strategy to “contain” coronavirus, an unnamed doctor, probably in the US, took a call from an intensive care specialist on the frontline of the outbreak in Lombardy, Northern Italy.

Within days, a 15-point memo setting out in chilling detail the scale of the challenge they were shortly to face had flashed onto the mobile phone screens of hundreds of NHS staff.

“You will not recognise or prepare fast enough for the sudden influx of critically ill patients and they will keep coming,” the advice read.

“Do not underestimate the imminent demise in pts….very rapid demise.”

The usefulness and suggested dose amounts of experimental last-resort drugs was discussed. Recipients also read that in Lombardi at least 10 per cent of staff were Covid-19 positive.

“2 metres apart in canteen, stagger breaks,” they were told. “Once you see community spread… all health staff wear masks”.

Ironically, one of the tips was to keep mobile phones in a see-through plastic bag at all times near Covid-19 patients, to limit spread of the virus.

The hastily written advice has now been so widely shared that the identity of its author is impossible to trace.

However, perhaps more interesting is the means of its proliferation around the NHS.

For an organisation with an annual budget of around £133 billion, it might be expected that vital information such as this would be shared via official email. In fact, it arrived on WhatsApp.

As the NHS grapples with the most acute challenge in its 72-year history, doctors have begun to reveal the crucial role the Facebook-owned free messaging service is playing in fighting the novel virus.

Professor Mike Grocott, vice president of the Royal College of Anaesthetists, is a member of “at least” four NHS-related groups, some of which have 256 members, the maximum allowed by WhatsApp.

They include those catering for his local clinical networks in and around Southampton, where he practices, and groups of senior anaesthetists working across the UK.

None of them are official; indeed, until last month they would have been banned.

“It’s proving a really important part of the response to this unknown infection,” he told the Telegraph.

“I’ll post something interesting I have noticed while treating a Covid patient and by the end of the evening I might have 20 colleagues come back and say they’ve seen the same or similar.”

“Then you’re thinking ‘we might be onto something here’. I’ve never known anything like it in healthcare.”

Professor Grocott said just one of the features of severe Covid-19 he and colleagues had been alerted to via WhatsApp was the importance of D-dimer tests, which assesses blood clotting around the lungs.

Several WhatsApp groups have been set up in direct response to Coronavirus.

One particularly influential forum, bringing together the most knowledgeable critical care physicians from across the NHS, was established by the Intensive Care Society in March once it became clear from Italy that a large proportion of hospital admissions require ventilation.

However, much of the tidal wave of clinical anecdotes and tips, new scientific papers and pre-published data is being shared via pre-existing networks.

Sources have told the Telegraph that WhatsApp groups which hitherto have been social fora – those for university alumni or set up in the wake of alcohol-fuelled medical conferences – are now proving vital for the rapid dissemination of clinical information.

A senior consultant at Addenbrooke’s Hospital in Cambridge said he typically obtains new information via WhatsApp from colleagues elsewhere in the system, which he then shares with his junior staff, who in turn pass it on to friends at other hospitals.

“We have all been using WhatsApp to share info,” he said. “To be honest, the NHS has been awful in comparison.”

He added: “We knew what was coming well before most of the population because doctors in Italy and China had used Twitter to post things and these had been circulated.

“People at King’s [College Hospital, London] compiled a lot of this intel into a document that has been widely circulated which has proved a very useful practical guide.”

In normal times, treatment guidelines are set out in carefully considered protocols published by the medical royal colleges, NHS England and the National Institute of Health and Care Excellence, based on “gold standard” peer-reviewed evidence published in scientific journals.

Although most journals have expedited their procedures, they cannot keep pace with the potentially life-saving information emerging from hotspots such as Wuhan or Northern Italy.

Unable to wait, frontline medics have turned to WhatsApp for raw data and real-world advice to inform their decisions that could determine if a marginal patient pulls through.

A source said part of the reason the March 13 memo has been shared so widely was its section on Tocilizumab, a rheumatoid arthritis drug, which reports from China originally suggested may help some Covid-19 patients who deteriorate rapidly.

“Toculizumab [sic] useful if rapid trajectory of change; both Lombardi and Wuhan report early 30-40mg methypred useful at this stage too…” the memo states.

WhatsApp discussion seen by the Telegraph reveals that Bart’s Hospital in London has now given its staff permission to use the drug, along with hydroxychloroquine, a malaria medication made controversial by Donald Trump.

Another fevered subject of discussion has been the medically counter-intuitive notion that long-term users of a class of blood pressure and heart disease drug called renin-angiotensin system inhibitors (RAS) might in fact be protected from severe Covid-19.

Details of a new study addressing this question, published by the US National Library of Medicine, have been widely shared in the last week.

For many doctors, WhatsApp discussion seen by the Telegraph has also focussed on confusion over personal protective equipment.

One post read: “Is the resp team wearing surgical masks or N95 masks? Or just sticking to aerosol generating areas as per guidelines! Constant mask wearing was causing a headache yesterday!”

The use of WhatsApp to keep hospitals functioning is perhaps the worst-kept secret in the NHS. As far back as 2015, a study in the BMJ found that just over a third of doctors use web-based messaging platforms to send clinical information.

Reports suggest this includes clinical imagery and even sensitive discussion over Do Not Resuscitate orders.

Despite acknowledging the inefficiency of inter and intra-hospital communication systems, NHS leaders have always said that such use of WhatsApp is forbidden due to the risk of breaching a patient’s confidentiality.

Hacking is not the problem. Indeed, WhatsApp’s end-to-end encryption is so strong that, as Home Secretary in 2017, Amber Rudd branded it a terror threat because even the security services couldn’t gain access.

The risk, as Dr Georgina Gould, author of the BMJ study, wrote at the time, is human error on the part of the medic.

“All you have to do is leave your phone unlocked in the pub, press the wrong button, or forget it in the canteen and you could compromise your patient’s security,” she said.

However, the unprecedented emergency posed by the coronavirus pandemic has shifted thinking, if only temporarily, perhaps.

In March, NHS Digital issued new guidance telling medics they could use WhatsApp to share information and data about Covid-19 patients “where the benefit outweighs the risk”.

“The important thing, as always, is to consider what type of information you are sharing and with whom. And as much as possible limit the use of personal/confidential patient information,” the statement said.

“Information should be safely transferred to the appropriate health and care record as soon as it is practical to do so.”

WhatsApp is not just being used to share clinical and academic information.

In the drive to rapidly expand critical care capacity, managers and senior medics at Bart’s Hospital in London set up a group with property billionaire Ian Livingstone and other developers in March to discuss possible sites for new units.

Professor Grocott said: “There is no doubt that WhatsApp has been super, super helpful in fighting this disease because it brings together experience in a way that nothing else does.”