How super striker Sue Lopez paved way for the professionals 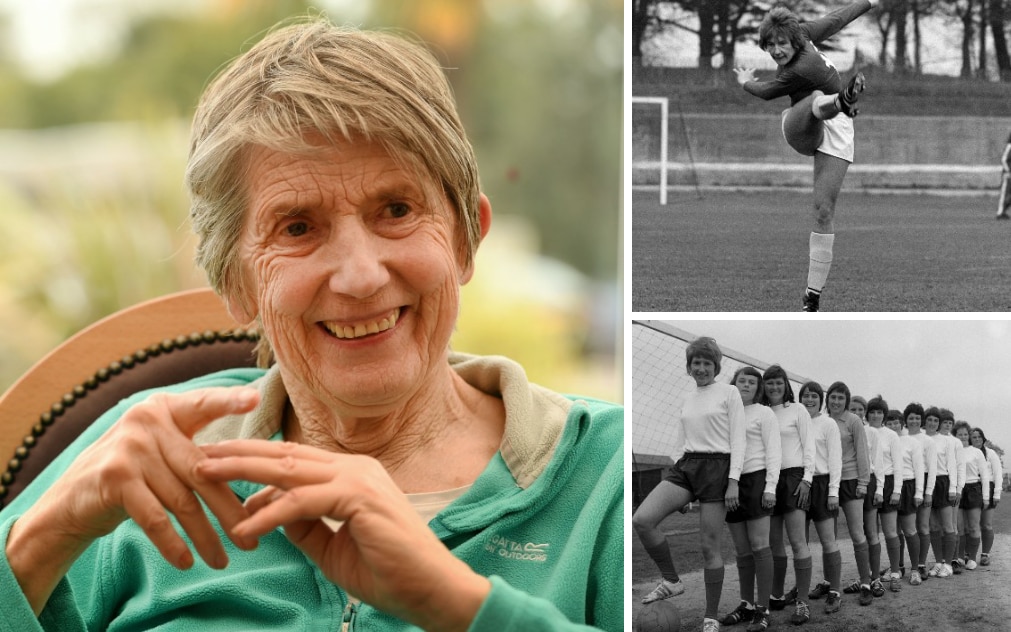 “I am sure my dementia has been caused by all the heading,” she says. “I did get headaches. I did get concussions. It’s why I gave up. I didn’t know as a kid that I shouldn’t have been heading the ball.”

This is Lopez’s only newspaper interview since being diagnosed with dementia three years ago and, although she says that it is “too late for me”, she wants to get a simple message across. “Be careful,” she says. “Don’t let young kids head it.”

A study by the University of Glasgow last year found that former professional men’s players were 3½ times more likely to die of dementia than non-footballers. Other studies have consistently suggested that women take longer to recover from concussion and are therefore at an even higher risk.

And yet completed research, let alone any guidance either from Fifa or the FA that is gender specific, remains alarmingly absent. Lopez is at least relieved that the FA has now outlawed heading in training among primary-school children. “Have they woken up?” she says.

Aged 74, Lopez is at the stage in her journey when a two-hour visit can veer from reminiscing about her childhood and some awareness of being afflicted by what she calls this “horrible disease” to the painfully common symptoms of confusion, memory loss and impaired balance.

A passage from Lopez’s autobiography, which was published in 1997, three years before she was awarded the MBE, now feels especially significant. In it, she described being “badly concussed” in one match and seeking medical advice three weeks later when she was still experiencing headaches.

“No one seemed to know how to advise or treat me,” she wrote. “If you were injured, someone threw a bucket of cold water over you. When I saw a doctor, he suggested that I take up fishing instead.”

The doctor would have had as much chance telling the fish to stop swimming.

Lopez’s passion for football was sparked by her mother, Rhoda, a Manchester United fan, who would take her only child to watch the Marchwood village men’s team on a Saturday.

“I was very jealous – I wanted to play,” she recalls. The FA had banned women’s football in 1921 following a wartime surge in popularity and there would be no opportunities for girls to play at school. Netball or hockey were the only options.

“It was pathetic,” says Lopez, whose lifeline finally arrived when she was 21, shortly after England had won the men’s 1966 World Cup. Office workers at the Cunard Shipping Line in Southampton Docks had placed an advert for female opponents in the local Daily Echo newspaper. Numerous prospective players, including Lopez, duly congregated that historic Sunday on Sept 20, 1966 to reveal just how many dreams had been suppressed.

There were soon six local teams meeting regularly on the common from which a composite “Southampton Women’s FC” side were formed. The changing facilities consisted of a hut and a hosepipe. The referees were all volunteers. The goals had no nets. Playing on the stony pitch next to the lake often meant wading through icy water to collect the ball whenever it went out of play. And yet nothing could discourage Lopez, whose desire and innate competitiveness is still powerfully expressed from the comfort of her care home’s conservatory.

“After all those years waiting, I wasn’t going to miss out,” she says, grasping my hand. “We were just so pleased to get a game. All I wanted to do was score goals. It was my big chance. At last!”

Lloyd played in central midfield and says that Southampton’s tactics were simple but highly effective: “Get the ball to Sue.” They paid their own way and would travel the length and breadth of the country for fixtures against other leading women’s teams. “We’d hire a coach, take some supporters, maybe stop in a pub and have a sing-song coming back,” says Lloyd, who bursts out laughing at the thought of one particular pit stop in a cornfield.

Lopez remembers “a lovely core of people with spirit and lots of laughs”.

Their matches began to attract crowds – “men would come every week and they loved it” – but also no shortage of sexism, not least from the media. One photographer decided to take pictures of the players getting changed and made an uninvited trip inside the changing shed. A photograph of Lloyd in her bra duly made the front page of the local newspaper. One reporter, convinced that his story would be about how many lesbians there were in the team, went home disappointed to discover that was not the case.

Newspaper reports would be littered with patronising nonsense. “The girls have been taught to make passes (know what I mean),” said one. Another declared that they had “scorned dolls” in pursuit of football and warned these women must not “get too big for their boots, or their size 10 dresses”.