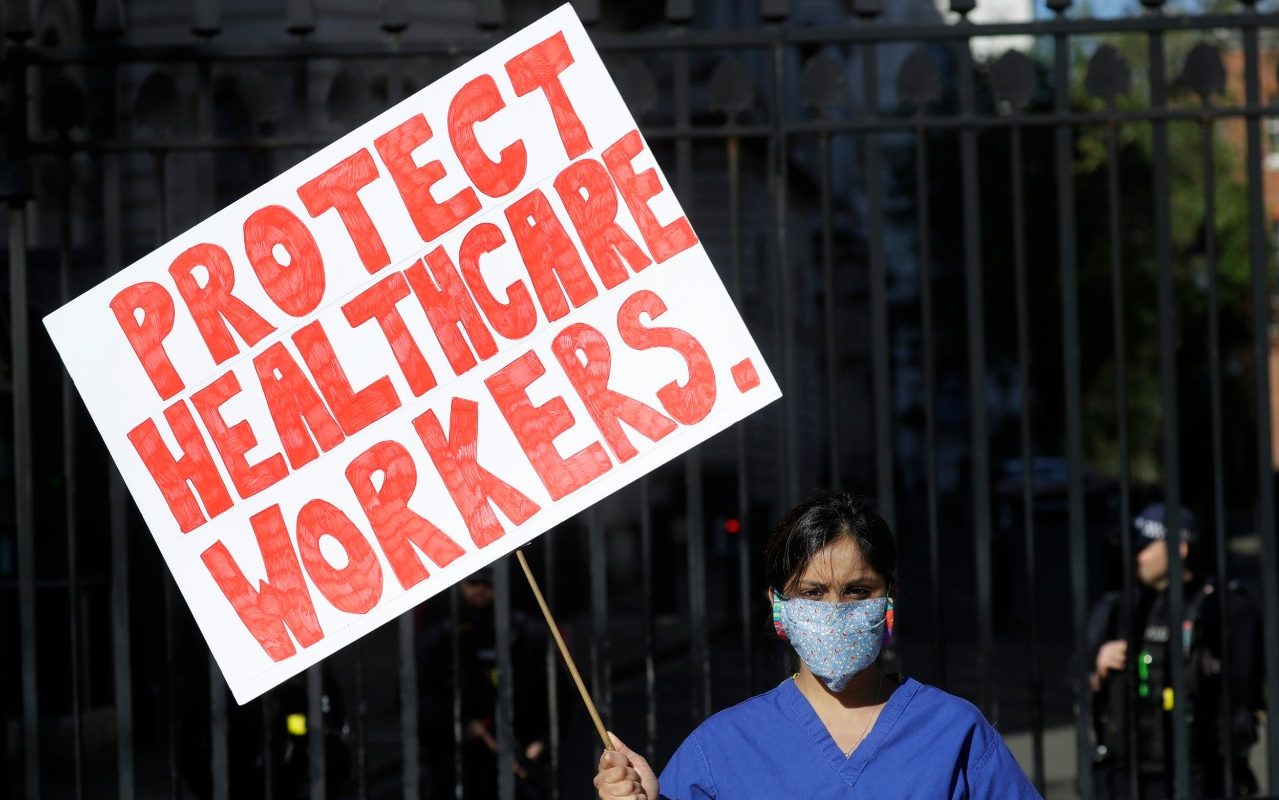 “They don’t appear to know exactly what they want when it comes to the regulatory requirements, and exact specifications,” said a source at the UK Fashion and Textile Association.

“They send long emails with complicated requirements. Then they send another which completely contradicts the first. We can make these things, but we need clear instructions as early as possible or we can’t get going.

“That’s been a major problem.”

The UK is now running short of the non-woven material used to make the gowns, and the specialised machines need to construct them. Most are made in Chinese factories owned by a German firm.

“Other countries have ordered the machines before us. So we’re at the back of the queue,” said the UKFTA source.

Mask manufacturers report similar problems. In tense emails seen by the Telegraph, firms complain that in the same specification, Deloitte asked for a mask that was both usable and reusable.

“I informed them that their demand made no sense and to date I have not had the courtesy of a reply,” said one manufacturer.

During a conference call last week, the day after the former Olympics chief Lord Deighton was appointed to lead the UK’s “war effort” on PPE, Cabinet Office officials finally admitted it was now down to UK manufacturers to plug the gap.

Manufacturers were given a commitment that the Government would continue buying UK-made gear for at least a year, even after the end of the coronavirus crisis.

“We had companies who make caravan awnings and equestrian gear on the call,” one source said.

“They’ve been ignored for a long time, but now the Government say “We need you”. “If we’d been told that a month ago, we’d now be ready to go. It’s a shambles, to be honest.” Local authorities are also struggling to equip care homes and other key services.

Ian Ward, leader of Birmingham City Council, said his repeated requests for help had been ignored.

“We were promised a new supply chain a week ago, but we’ve now been told that won’t come online for another three weeks,” he told the Telegraph.