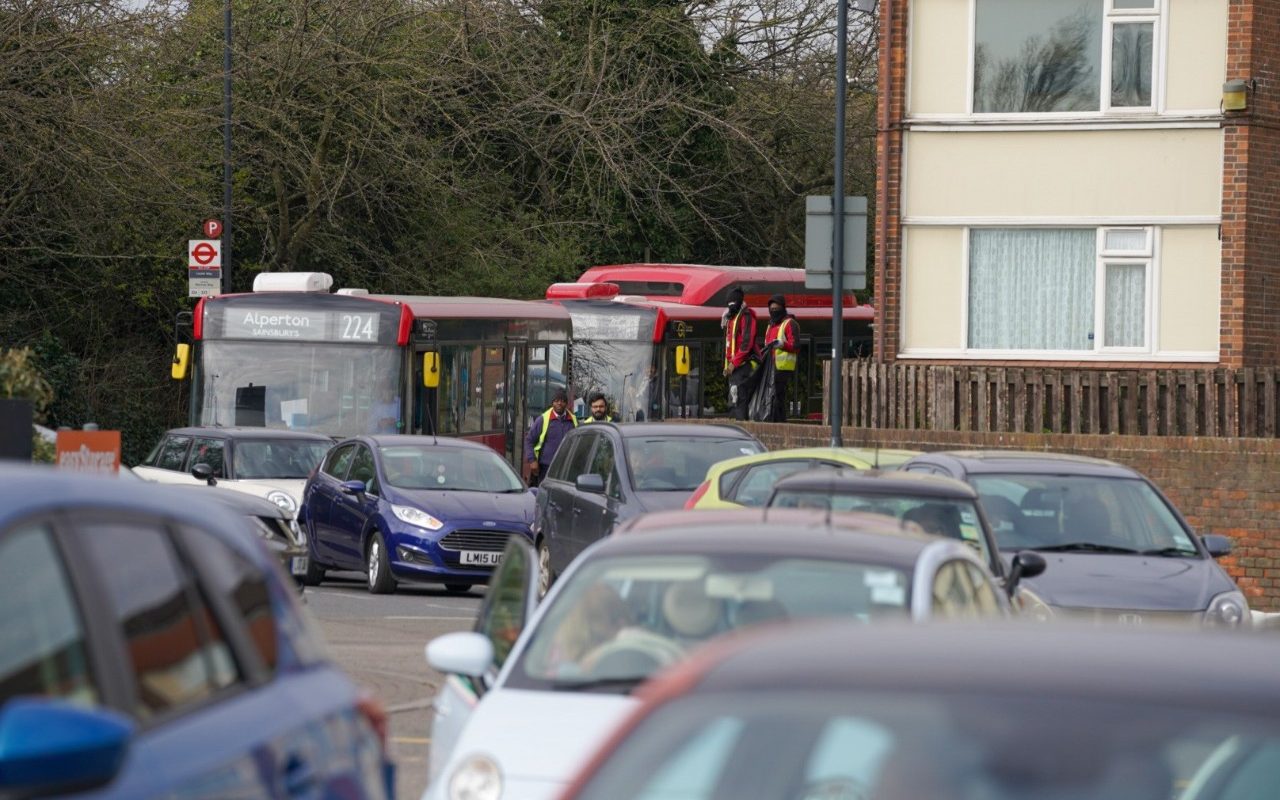 NHS doctors and nurses were turned away from a new staff coronavirus testing centre on Wednesday amid claims of chaos.

Hundreds were left queuing at a pop-up drive-through facility in north-west London as many were refused a swab because they lacked the proper paperwork.

The test centre, in the car park at the Wembley branch of IKEA, is – like others sites in Nottingham and Surrey – a crucial element in the Government’s race to test NHS staff.

Ministers have been heavily criticised for lagging on health service staff testing, with the result that thousands are being forced to self-isolate for fear that they might spread coronavirus when they may in fact be safe to work.

The row intensified on Wednesday after it emerged that just 2,000 staff have been tested so far. Yvonne Doyle, of Public Health England, said there is currently capacity for 3,000 a day but that would increase to 25,000.

But eyewitnesses at Wembley on Wednesday said only six cars were being processed in the first hour, causing significant queues. Despite being ordered to go for a test by their NHS employer, many people were turned away upon arrival.

Frontline staff require an NHS ID and an appointment email in order to be tested, although some claimed they could not open the link that proved their appointment.

Harriott, a community health nurse, told The Telegraph she was trying to return to work after two weeks of absence caused by a suspicious cough.

“I’ve had the email, but the link isn’t working,” she said. “I’m here, in my uniform, with my NHS ID, waiting to get back to work. I work with the elderly – I absolutely want to be on the safe side. But I’m worried people might die without my help. I feel like I am letting my patients down.”

Chessington World of Adventures has also set up facilities to test NHS workers for coronavirus, with nurses taking swabs through car windows. The effort comes with one in four doctors currently thought to be off sick or in self-isolation, according to analysis by the Royal College of Physicians.

Overall, only around 8,000 tests for Covid-19 are being taken each day. By comparison, Germany is managing to test 500,000 people every week.

The Government has blamed a global lack of reagents needed to carry out tests. However, the chemical industry in the UK suggested there were no shortages.

Asked on Wednesday how many frontline workers are being tested, Professor Doyle said: “The number of tests undertaken in the NHS and Public Health England combined testing capacity is just increasing at the moment.

“So that will be a relatively small number – but there is capacity, for example, today for almost 3,000, and that capacity will increase as we get to 25,000. But the important capacity is in the second strand where we have five centres where people can drive through and get their testing done in order of priority.”