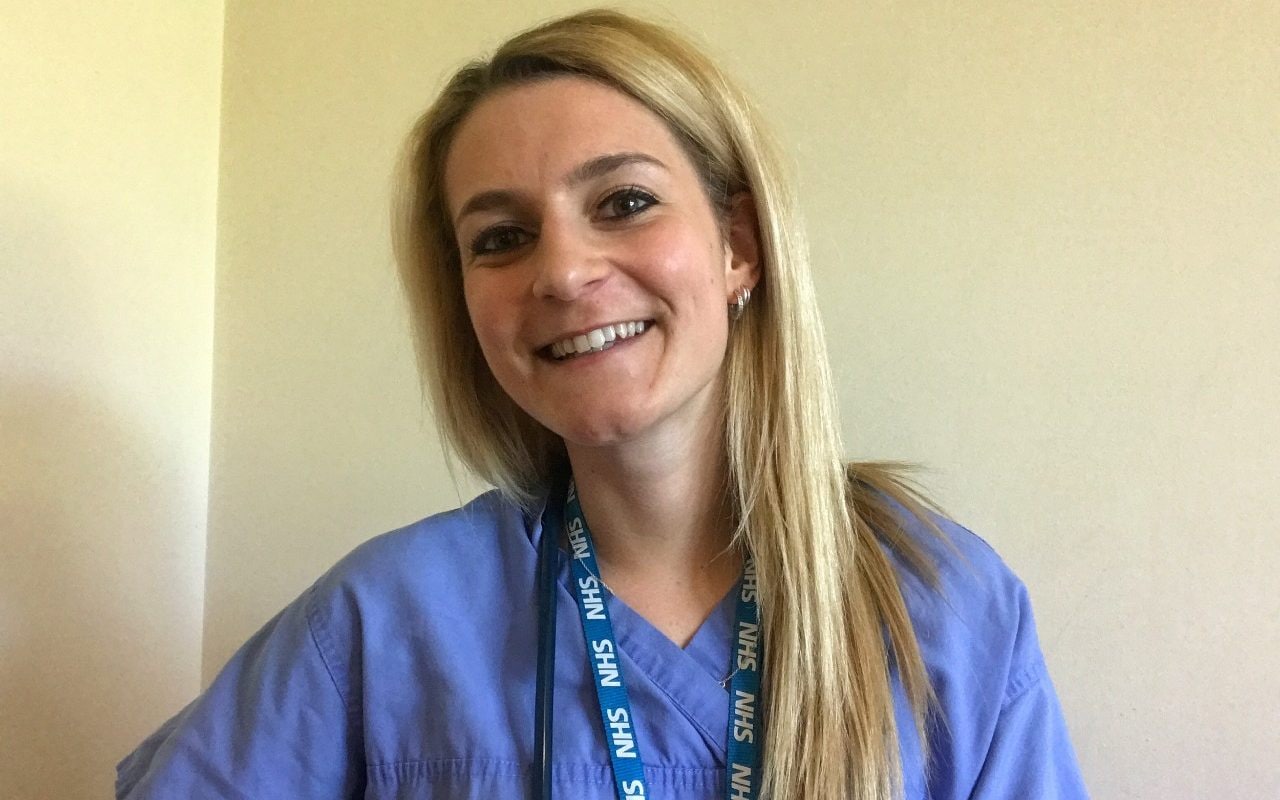 “Helpless” is the word used repeatedly by Dr Rebecca Jordache to describe her frame of mind. Just days ago, the England lacrosse international was working in hospital wards on the front line in the fight against the coronavirus pandemic; now she is at home in isolation after contracting Covid-19.

Rather than her sense of desperation being one laced with sadness, Jordache likens it to being out injured just as her team are about to play a defining match.

“I found that feeling of helplessness when I know I am needed, it is a bit similar to when I have been injured and I am standing on the sidelines watching my team fighting,” says Jordache. “I didn’t want to leave but I had to because it was the right thing to do.”

Working in Surrey as a junior doctor, Jordache has been practising for only nine months and admits she has been thrown in at the deep end in a battle against a global pandemic and does not back away from the stark reality she is facing.

“Having treated patients with Covid-19 and having had it myself, it just hits homes how real it is. I have been in my bubble of looking after people. But when I am away from that, it is overwhelming just how big this is. It is much more of a marathon. It is important that we all play our part; we all have our role to play,” she says.

Jordache, who grew up in Berkhamsted, Hertfordshire, turns 24 only next week, but shows maturity beyond her years. “The only way to respond to this situation is to go with the changes that are coming and to not resist them. A realisation of this is what is needed from junior doctors and it is amazing and inspiring to see how we have risen to what we have been asked to do,” she says.

Much has been made of sports people who have contracted the virus, such as Chelsea winger Callum Hudson-Odoi. But there have been others working in medical roles, such as Dr Eleanor Gaastra, the Wales lacrosse captain who is an intensive care doctor tending to patients on ventilators. Yet, Jordache, it would seem, is one of, if not the first in Britain, to be both an elite sportsperson and health-care worker to contract the virus in the line of duty.

Jordache, who completed her medical degree at Cardiff University, has been working recently in wards dedicated to the care of coronavirus patients. On Wednesday, she felt unwell and was hoping it was something else, so she would not have to abandon her post. “Initially, I was trying to make excuses in my head like it was the hot little doctors’ room or that it was because I was running around,” she says. “But then I copped how serious it was and that I had to leave my colleagues and, more importantly, my patients.”

She informed her line manager and a swab test was organised. Less than 48 hours later, on Friday, the result came back as positive. With that came mixed emotions.

“I felt quite helpless because it is a time where I am needed there at the hospital. But the most important thing was to go home because I was going to do more harm than good by staying,” she says.

“And it was very helpful once I had gotten the swab and the result had come back positive because the guidelines are clear, I know that I have it and that I can return to work next week. It was much better to know I had it rather than being off for a week humming and hawing and guessing. It is good to have a result.”

Jordache’s symptoms included a fever, aching muscles and lethargy. “Forty-eight hours after the worst of my fevers, I am feeling a lot better. I am fortunate that I have more mild symptoms. I have been seeing that 19 per cent in the hospital that are severely or critically unwell,” she says.

“Then there is the 81 per cent who can deal with milder symptoms at home and I am very lucky that I fall into that.

“It is bizarre to have come down with the illness I have been treating but I am grateful that I feel like I have come through the worst of it. I have seen patients who have gotten a lot worse than me and have deteriorated quickly. I am grateful.”

Jordache is one of many NHS female medics among the ranks of home nations lacrosse internationals. Junior doctor Katie Lehovsky and medical students Zoe Thursz and Charlie Wilson – who are both on hospital placements – join her in the England set-up. While the Welsh side boast  Gaastra, and GPs Ros Lloyd-Rout and Emma Hawkins. There are also three doctors in the Scottish starting line-up.

The thoughts of playing for England in the home internationals against Wales and Scotland, which were scheduled for this past weekend, are far from Jordache’s thoughts as she describes the emotional weight of her job.

“I have had a lot of training to be able to deal with this situation but it doesn’t stop you feeling emotions and getting overwhelmed at times,” she says, her voice cracking.

“What I found really challenging emotionally the last week or so is that we now have a no-visitors rule which is 100 per cent the right thing to be doing to stop the spread, but it makes it difficult that these patients who are very poorly are scared and alone and often isolated in a side room.”

So, it is of little surprise that she is “counting the minutes” to returning to her patients and colleagues.

Jordache bats away any notion of being brave and says that she is simply doing her job. “I can’t wait to be healthy and fit and subbed back on the pitch, so to speak,” she says. “I just have this constant feeling of wanting to count down to when I will be back at work because I know they are short-staffed.

“I can’t help but feel a bit guilty about that. I know it is not my fault. I know I have already played my part and I will continue to play my part. I just want to get well again and get back to work.”