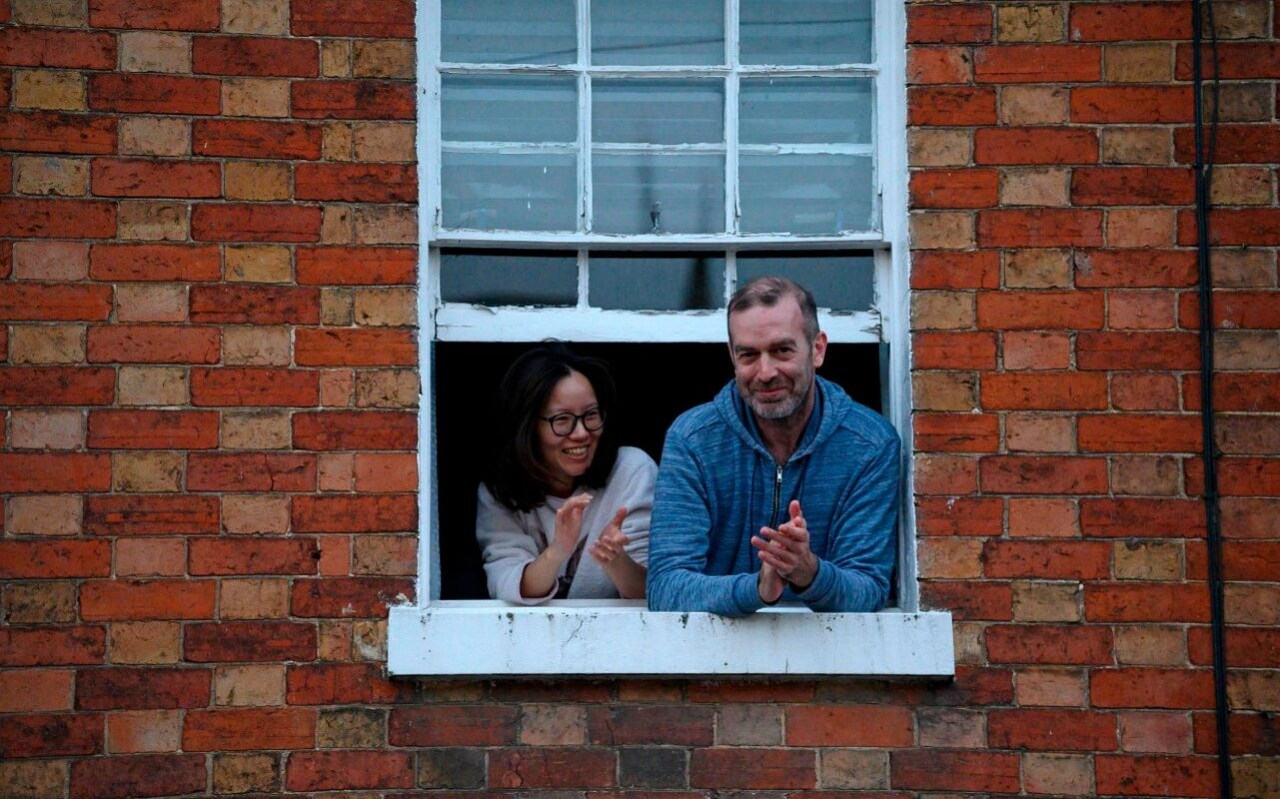 It has become a heart-warming ritual: every Thursday night, at 8pm sharp, the nation steps outside its front doors and offers a round of applause for the NHS workers, carers and others toiling on the front line to look after us as we battle the coronavirus. Few would argue the gesture is not moving, patriotic and morale-boosting in equal measure. They would not argue this because they would be shot down in an instant for voicing such dangerous dissent. Not getting on board with the clap (so to speak) has developed the moral equivalence of hating Britain, or criticising a national treasure, or…I don’t know, kicking a newborn kitten in the face.

And yet, there are grey areas. Is it ok, say, if you’re a medic, to quietly point out that while applause is nice, a sufficient quantity of personal protective equipment would be even nicer? Or, better still, a health service that’s been sufficiently funded and prepared to deal with a pandemic in the first place?

And if you’re not a medic, is it ok to quietly tiptoe back into your house at 8.02pm, because you’re as grateful as the next person, but you’re not here to show the street your incredible endurance when it comes to putting your hands together?

It seems the time has come for a guide to clapping etiquette. Here are the (almost entirely arbitrary) rules we’ve deduced after four weeks of appreciative clapping.

I mean, what were you actually doing beforehand that you couldn’t break off from? You’ve been in your house all day with nothing to do other than warm up for the evening’s applause. Unless of course you have a job to do from home, and maybe some childcare and/or home-schooling, and three Zoom chats with isolated relatives to juggle. But apart from that…

Yeah, we get it, you love the carers more than anyone else on the street, and you’re going to make damn sure we all know this. We saw that meaningful look you shot us from your doorway when we crept back inside once the applause had peaked. How do you know we weren’t returning inside to go online and donate £100 to charity? There’s more than one way to show support, Mrs Perkins from Number 65.

3. Do come out with a glass of wine

It adds to the convivial spirit and we won’t judge you. Ok, we might judge you a little bit because come to think of it, we don’t recall seeing you without a glass of wine in this past month. How much are you drinking right now? Is it more than usual? Are you ok?

4. Pots and pans are fine. Oboes are not

If you want to bang on a pan to make more noise, go for it. It lends the applause the kind of carnival vibes we so badly need right now. A whistle might be a bit annoying though, especially for those living on either side of you. And if you own a musical instrument, forget about it. These things can be taken too far.

5. Don’t judge those who are absent

You’ve noticed that Karen from Number 81 has only been present for one clap. Not a good participation rate, Karen. Don’t you care about care workers enough?

But wait, what if Karen is actually working because she has a job that doesn’t end at 5.30pm? What if she’s actually a carer herself? What if she has coronavirus? Until you know what has kept somebody indoors, do give them the benefit of the doubt. It’s only neighbourly.

Especially if that bridge is in central London and you’re joined by many other clappers. It’s hard to socially distance in these circumstances, and you’ll feel the full force of our mild disapproval. Metropolitan Police officers learned this the hard way after taking to Westminster Bridge last Thursday with members of the public, to offer their applause to the health workers who would probably be looking after them in a fortnight’s time.

7. Remember this isn’t the German Democratic Republic circa 1985

You can’t report Karen to the Stasi for her no-shows. And even if you could, it wouldn’t be a very friendly thing to do. You also can’t report the bloke down the road who is definitely heading out more than once a day and clearly isn’t exercising or buying essential groceries. Or the woman who keeps taking her car out for a spin. Or the cat three doors down that’s potentially bringing covid-19 into your garden on a daily basis. Best to save all these gripes for the street WhatsApp chat.

Clap For Our Carers is at 8pm tonight