I had an appointment this morning, and this is what happened 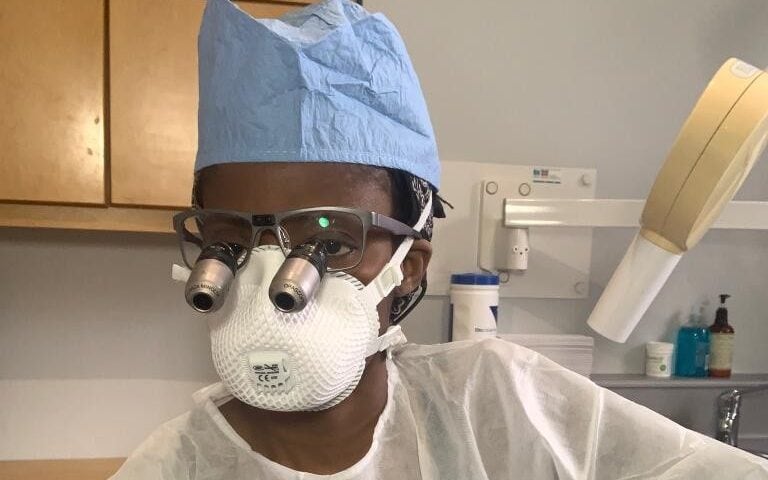 Some dentistry practices across the UK are reopened today after 12 weeks in lockdown. There had been a host of confirmed health and safety changes that meant our appointments were set to be vastly different to what they were before, and a few speculations, too, such as whether aerosol use would be initially prohibited. To debunk the myths and for a first hand account of what the ‘new normal’ looked like for dentistry, we spoke to a patient who managed to secure one of the first slots this morning with Dr Uchenna Okoye at London Smiling, a cosmetic dental practice in Central London.

“Quite early on in lockdown, I suffered a painful chipped tooth,” Graziella Cawthorne-Vella told The Telegraph. “I was overdue a hygienic clean, too, as I’m at risk of gum disease so I contacted my dentist for advice, and to try and secure one of the first appointments I could get once they reopened.” Dentists have been closed since March 23, and as their reopen date wasn’t made clear until late May, many weren’t operating waiting lists, either.

“My chipped tooth was only getting worse so I was given an appointment for the first day the clinic was open. I was so pleased to get one, as my dentist fully understood my concerns,” admitted Cawthorne-Vella. Her appointment took place this morning, and this morning she was required by her dentist to fill in a declaration of health questionnaire to ensure it was safe for her to attend. She also had a one-to-one Zoom consultation at the end of last week with Dr Okoye, to go through protocol and the treatment she requires.

On arriving this morning, her temperature was taken by a receptionist to ensure she was still in good health. She was greeted by a receptionist at the front door to the practice, while maintaining two metres distance. “I had to come at my designated appointment time,” she adds.

“She opened all the doors, I wasn’t allowed to touch anything. I was given gloves and a mask, and went through the doors and straight into the dental room,” said Cawthorne-Vella. “I had to use the hand sanitiser provided and was given a mask to wear up until my treatment began.”

Dr Okoye was wearing full PPE. This consisted of scrubs, a disposal full-length surgical gown, head covering and two face masks. The first, the surgical FFP3 mask, with a disposable surgical mask on top which can be changed after every patient.

“I’ve been a long time patient of Dr Okoye so I knew I was going to be in safe hands,” says Cawthorne-Vella. “The dental experience was the same, apart from the extreme amount of PPE Dr Okoye was wearing. It was very reassuring, though. I felt the practice had really made it clear that my health and safety was paramount.”