Isolation for Covid to be increased by three days 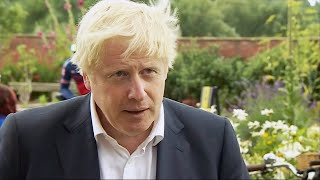 People with symptoms of coronavirus will be told to stay home for 10 days, amid fears that Britain is facing a second wave of the virus.

The period of isolation – which is currently seven days – will be increased by three days, the Deputy Chief Medical Officer will announce.

However, the Health Secretary will on Thursday say that ministers are now exploring ways to reduce the 14-day quarantine period for those entering the UK, which could mean that quarantine and self-isolation periods are standardised at 10 days.

All this comes after Boris Johnson expressed fears about the threat of a second coronavirus wave across Europe, with concerns that it could arrive in the UK in the next two weeks.

New figures have also revealed that the R rate is rising in four UK regions, and is now above 1 in two areas.

Moreover, NHS leaders said there is “a very high” level of concern about a looming spike in cases, as well as worries about how the service will cope this winter.

On Thursday, deputy chief medical officer Prof Jonathan Van Tam will say that the period of isolation for anyone with symptoms of possible Covid-19 will be increased.

Currently, those with a cough, fever or loss of sense of smell or taste are told to stay home for seven days. Prof Van Tam will Thursday say that research suggests this is not long enough to stop the spread of the virus.

Anyone in the household of those with symptoms will continue to be told to stay home for 14 days, as will those contacted via the NHS’s Test and Trace service.

On Wednesday, scientists from Cambridge University warned the R rate is now close to one in almost every part of the country.

Four out of seven English regions have seen a rise in the rate of infections, with the south east and the south west now thought to be above R1, meaning the virus is spreading exponentially.

The Cambridge MRC Biostatistics Unit said it is now “very likely” that reproduction rates are close to one in most regions of England, which scientists blamed on the lifting of lockdown measures.

If the R value rises above one it means that every person who contracts coronavirus passes it on to more than one person, leading to an escalation in cases. If R remains below one, the virus is in retreat.

The Cambridge scientists estimate R is now 1.04 in the south west, when two weeks ago its rate was second lowest. It is 1.02 in the south east, where the rate was 0.92 a fortnight ago.

Niall Dickson, chief executive of the NHS Confederation, which represents hospitals and other health services, said senior managers were extremely worried that a surge in cases is imminent.

He told the All-Party Parliamentary Group on Coronavirus: “I would say in relation to the second spike issue … the levels of concern among our members – the people who are leading NHS trusts, who are leading in primary care and all levels in the systems – is very high.