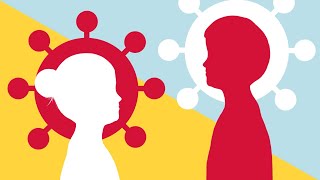 A mysterious inflammatory syndrome which has affected dozens of UK children, and killed at least one, is caused by coronavirus, new research has proved.

Scientists found high levels of Covid-19 antibodies – evidence of previous infection – in the blood of those who had suffered from symptoms of the so-called “Kawasaki-like” disease.

This was despite the fact that the children had tested negative for the virus at the time.

Reports in April suggesting that Covid-19 might be causing a multi-system inflammatory response in minors, similar to the rare but occasionally fatal Kawasaki disease, sparked an international scramble among scientists to understand the potential link.

Matt Hancock, the Health and Social Care Secretary, said at the time he was “very worried” by the reports.

Now, a collaboration between the NHS and universities of Birmingham and Southampton has established a causal connection.

The team says their findings raise the possibility that children who have the virus in their system but have not been unwell could be at risk of developing the inflammatory response.

Usually seen in under-fives, the symptoms include persistently high temperature, rashes and inflammation of the blood vessels.

Dr Alex Richter, lead researcher and Consultant Immunologist at the University of Birmingham’s Institute of Institute of Immunology and Immunotherapy said: “The blood test, which demonstrates the presence of different types of antibodies to the virus, showed that every child had high levels of anti-SARS-CoV-2 antibodies.

“The pattern of antibodies indicated that the infection most likely occurred weeks or even months previously.”

He added: “The test will be used to understand how many people have suffered from Covid-19 in our communities but we have found another use identifying PIMS-TS [Paediatric Inflammatory Multi-System Syndrome] in these sick children.”

In May the World Health Organisation flagged the fact that children suspected of Covid-caused Kawasaki like syndrome were not testing positive for Covid-19.

In the same month a 14-year-old boy with no underlying health conditions became the first British child to die from what is thought to be Kawasaki disease.