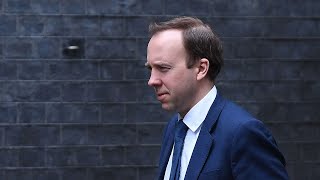 However, concerns over the management of the drive-in centres have been raised, with one London hospital trust “actively discouraging” staff from using them.

Complaints include queues of up to five hours, workers with appointments turned away because of delays, as well as leaking test vials and wrongly labelled samples.

Lost test results have been reported at Nottingham and Wembley, with NHS staff warned off using the latter over concerns.

The Health Secretary insisted he was “determined to do everything I can to help the most vulnerable”, after ONS figures showed 4,343 had died in care homes as of April 24.

Signalling a rapid increase in care home cases, more than half of the deaths were made in the last five days of that period.

The statistics of Covid-19 fatalities in care homes will now be published daily alongside the hospital death toll, the Health Secretary said.

The numbers of deaths in care settings and the wider community will be released daily from Wednesday in an effort to “bring as much transparency as possible” to the death figures.

“This will supplement the ONS and CQC weekly publication and all add to our understanding of how this virus is spreading day by day, and it will help inform the judgments that we make as we work to keep people safe,” Mr Hancock added.

The Health Secretary previously committed to carrying out 100,000 tests a day by the end of April after criticism that the Government was too slow on testing.

Signalling increasing confidence in his target, Mr Hancock bet £100 that the Government will achieve it yesterday (Tues).

Admitting it was a “big task”, he said he would donate the winnings to Hospices UK after accepting the wager from LBC radio presenter Nick Ferrari.

Mr Hancock said: “We’re still on track but it’s a big, big task. There’s a lot of things we need to get right, so there are no guarantees in this life.”

The Health Secretary was initially reluctant to take the bet, telling the host: “I have enough riding on this already, Nick.”

However, he eventually agreed to take part after selecting the charity Hospices UK to receive the money.

Mr Hancock later seemed to row back on the 100,000 per day figure, suggesting the target was not necessarily designed to be met.

“The reason I set the target was to radically ramp up the number of tests,” he said.